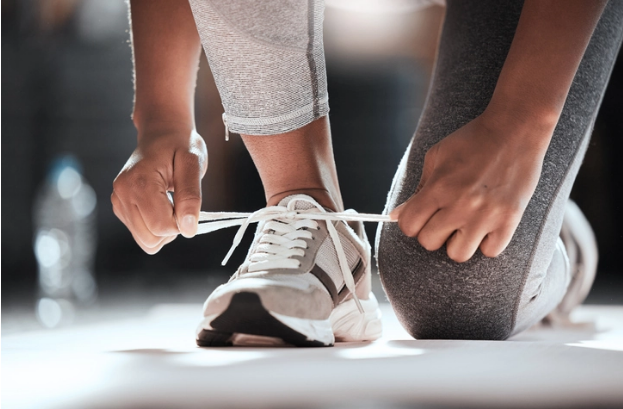 Relatively moderate amounts of vigorous physical activity which is done in short bouts in a week can help to reduce health risks, states a recent study published in the European Heart Journal.

According to this study, vigorous physical activity (VPA) of 15 to 20 minutes can reportedly reduce mortality by up to 40%, with even better results when the activity is increased up to 50-57 minutes a week, the Times of India reports.

Vigorous physical activity, likely results in an increased heart rate, and people will often need to stop for breath when speaking.

The study also reportedly observed that two bouts a day up to two minutes each were linked to 35% lower CVD mortality.

For this study, a cohort of 71893 participants between the age of 40–69 was enrolled from the UK Biobank study with wrist-worn accelerometry, which is used to measure the movements of humans.

Of the total participants for the study, 55.9% were reportedly women.

According to researchers of the study, 15 minutes a week is equivalent to two minutes a day.

They reportedly said, “Our results show accumulating VPA in short bouts that last up to 2 min on average four times/day was associated with substantially lower (27%) mortality risk.”

The study informs, “Sustained participation in VPA leisure-time physical activity requires considerable time and often monetary commitment, and can be physically challenging for people with poor fitness or established cardiovascular and cancer risk factors such as hypertension and obesity.”

Also, the lack of time was found to be the most common obstacle to regular physical activity.

Apparently, this was the case across ages, ethnicity, health status, and sex.

Therefore, the study suggests that people should set vigorous physical activity in short bouts in their regular activities.

The researchers’ findings reportedly suggest that short VPA bouts should be fitted into regular activities of daily living and accrued intermittently throughout the week – as short VPA durations can stimulate the cardiorespiratory system, leading to measurable cardiovascular adaptations.

The study also suggests that premature mortality and major chronic disease can be reduced with intense physical activity.

In October 2022, the WHO pointed out that globally, 1 in 4 adults do not meet the recommended levels of physical activity.

Also, more than 80% of the adolescent population in the world is not sufficiently physically active.

Speaking about the study, Dr Matthew Ahmadi, a postdoctoral research fellow at The University of Sydney earlier told MNT, “This is one of the largest wearables device-based [studies] in the world and the first to assess the health-enhancing benefits of vigorous physical activity.”

He adds that these findings, “provide important information for clinicians in the treatment of patients who are at high risk of chronic disease and for public health messaging to the general public. The findings will also provide important evidence in the next iteration of the U.S., U.K., and WHO physical activity guidelines.”

Additionally, a specialist physical therapist and sports scientist, Mike James states that such studies are helpful in stressing the benefits of various types of exercise, both in the long run and for overall well-being.

“For those people who are already doing exercise, that is great and they should keep doing it. But for people who cannot make it to a gym, they can also attain the health benefits of vigorous physical activity by doing their daily activities at a faster pace, even if it’s just for short periods of time.

“For example, gardening or doing household chores at a little higher intensity for short periods, or fast walking interspersed with comfortable walking pace when walking during the day,” he said.

However, the expert cautions checking with a health professional before embarking on and adding a new or different exercise plan into your routine.