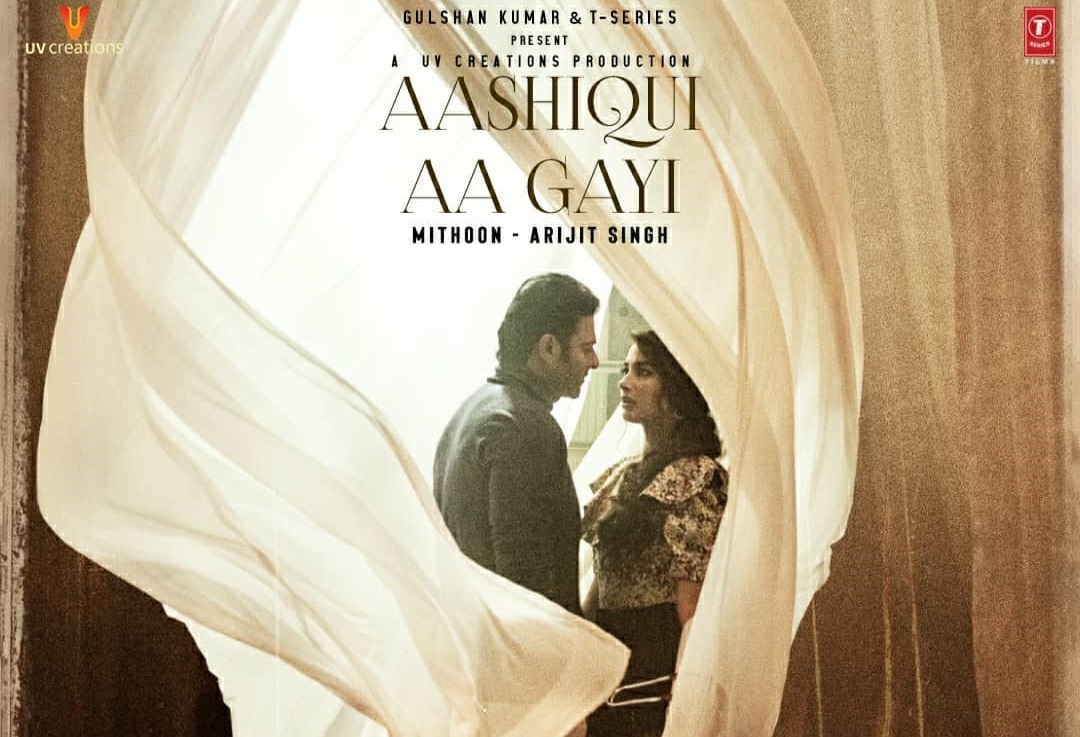 The makers of the much-awaited pan-India film Radhe Shyam on Wednesday released the first song “Aashiqui Aa Gayi” from the film on their social media handles. Shot across some breathtakingly beautiful locations, the song features the lead pair of Prabhas and Pooja Hegde as they express their love for each other and hope to build a future together.

Sung by sensational Arijit Singh, “Aashiqui Aa Gayi” has been composed by well-known music director Mithoon. The composer, who has previously delivered a number of hit tracks with Singh, has penned down the lyrics as well.

After multiple special posters, viewers have finally gotten this special and exclusive Hindi song and it surely excites the fans and increases the anticipation for the film.

Set to be one of the biggest films of 2022, Radhe Shyam is a month away from its wide theatrical release on January 14, 2022. It is a multilingual film set to enter cinemas in Tamil, Telugu, Hindi, Kannada, and Malayalam.

Radhe Shyam is helmed by Radha Krishna Kumar and presented by Gulshan Kumar and T-Series. It is produced by UV Creations. Bhushan Kumar of T-Series Films is releasing the Hindi version of the film. Kumar is also producing Prabhas’ much-anticipated mythological drama Adipurush and Spirit. While Adipurush, co-starring Kriti Sanon and Sunny Singh, has wrapped production, Spirit is yet to mount the shooting floor.