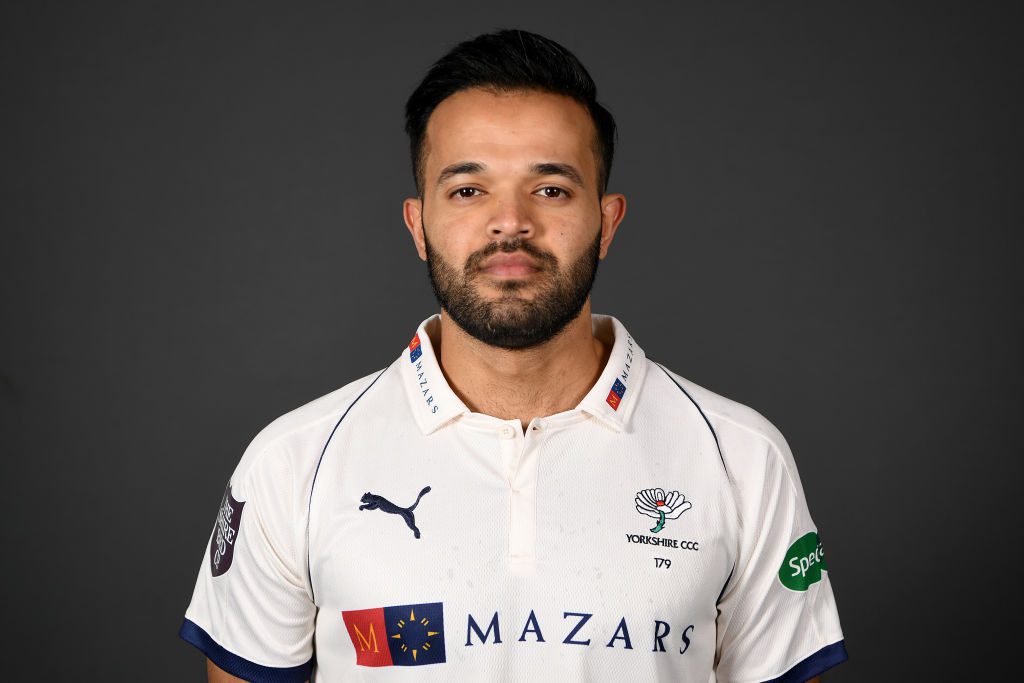 FORMER Yorkshire cricketer Azeem Rafiq has urged everyone to do their bit to end discrimination in the world, according to a report.

He made the appeal while taking part in the March of the Living to Auschwitz-Birkenau, an annual walk between the original labour camp at Auschwitz and Auschwitz-Birkenau, the site of the murder of 1.1 million people between 1942 and 1945, a few kilometres away on Thursday (28).

Rafiq also spent a couple of days visiting notable sites across Poland with a small group of British multi-faith leaders.

“I can’t remember ever studying the Holocaust in school. When I started playing cricket academic work wasn’t something I paid that much attention to. I don’t know what stage of school this is taught but I don’t remember it at all. I’d genuinely never heard of it before I met Lily Ebert. I’m embarrassed to say that because everyone kind of goes: ‘Are you sure, mate?’ But I genuinely hadn’t,” Rafiq told The Guardian.

“But like they say, once you listen to a witness you become a witness. That’s the responsibility of all of us who have come and learned about it to encourage other people to learn about it.

“It’s not for everyone to come here, but to learn about Jewish life, Jewish history, what they went through as a community and what they continue to go through, if that doesn’t move you there’s something wrong with you.”

This year 3,000 people participated in the March of the Living.

According to the report, Rafiq was treated as something of a celebrity during the event, regularly being pulled away to film a video or pose for a photograph.

The trip to Poland was the result of unexpected consequences that followed Rafiq’s sudden rise to prominence.

In November, while he was speaking to the parliamentary DCMS committee about his experience of racism, the Times published a decade-old text exchange between him and another cricketer, Ateeq Javid, in which he suggested a third player’s reluctance to spend money at a team dinner amounted to behaving like a Jew.

He immediately apologised to the Jewish community and promised to “take time to understand and learn and educate myself”.

Within days he had been taken to a synagogue in London where he met Lily Ebert, a 98-year-old survivor of Auschwitz, and heard for the first time about the Holocaust.

“I don’t want to downplay the messages in any way. They were hurtful, they hurt people, and I got the backlash from that and deservedly so,” he pointed out.

Rafiq, once the youngest captain in Yorkshire’s history, spoke to the media about his experiences of racism at Yorkshire. He had described how his experiences had left him feeling suicidal and led to his early exit from the professional game.

It had led to regime change at Headingley, a long-overdue intensification of efforts to increase diversity in the county game, and the England and Wales Cricket Board being ordered to “get its house in order” by the sports minister, Nigel Huddleston.

The revelations turned Rafiq from a relatively obscure former cricketer into a public figure and campaigner against discrimination, The Guardian report said.

“I feel like I’ve been handed this responsibility where a lot of people get in touch with me across the spectrum, from different sports. I know what it was like when I was on my own looking for help and no individual wanted to help me and no organisation wanted to help me. I know how it felt to be completely left on my own and I can’t do that to someone else, as much as it takes a lot out of me every time I speak to someone,” he was quoted as saying by the newspaper.

“I’m just a normal person from Barnsley and I haven’t really got the tools to help everyone, but it won’t be through lack of trying. One thing I’m not prepared to do is look the other way, because I know how close I came to me taking my own life and in my head I can’t think that someone might get in touch with me and I don’t help them and that takes them over the edge. I feel like I’ve been handed responsibility from Allah and I’ve just got to fulfil it.”

Rafiq mentioned a recent experience with a cricketer with a disability.

“I had someone from disability cricket come up to me the other day and just. I don’t think you realise how much of a difference you’ve made to my life.’ I’ve had parents contact me about the opportunities their kids are getting now. Coaches, administrators,” he told The Guardian.

“That means a hell of a lot and it’s something I can look back on with some sort of pride. But I know with these things in the short-term there can be a lot of energy and slowly it sort of wilts away.

“I’ve been given a platform, and it’s important that I use that platform and make sure that not only cricket but other sports and society as a whole knows these things are not going to be acceptable anymore.”