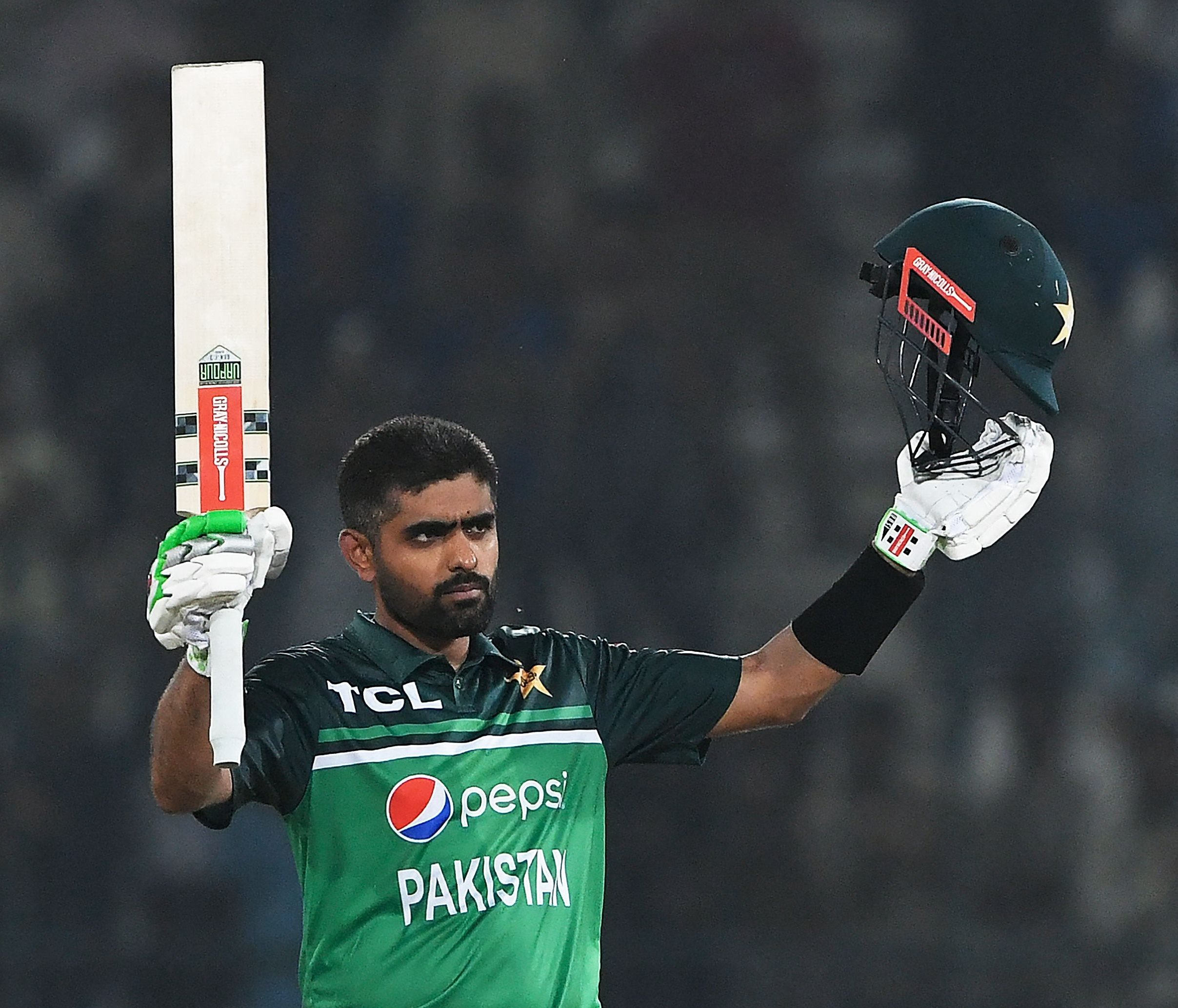 Babar Azam reached another massive feat in men’s international cricket history as he became the first batter to score nine consecutive half-centuries in all three formats of cricket.

Pakistan skipper scored 77 off 93 balls in the second ODI match against West Indies and added yet another fifty-plus score to his name to enter the record books for a massive batting record. This was Babar’s ninth-consecutive fifty-plus score in men’s international cricket, which is now the longest streak for any batter.

His half-century streak started with a 196 during the second Test against Australia, following it up with a 66 and 55 in the third and the final Test.

The three-match ODI series against Australia saw Babar smash two centuries, registering 57, 114, and 105* in the three games. In the only T20I against Men in Yellow, Babar scored 66.

Earlier, the Pakistan skipper on Wednesday scripted a brilliant record with his century against West Indies in the first ODI in Multan, becoming the first batter to score three consecutive hundreds on two separate occasions in ODIs.

Babar smashed 103 off 107 balls and led Pakistan to victory by five wickets. With this outstanding accomplishment, Babar also surpassed the long-standing record of Virat Kohli, becoming the fastest to score 1,000 runs as captain in the format. He attained the milestone in his 13th innings as Pakistan captain while it took 17 innings for Kohli to get there.

Talking about the match, Pakistan put a total of 275/8 all thanks to Babar (77) and Imam-ul-Haq (72), as well as the lower-middle order who hammered the visitors all around the ground.

As Rwanda hosts Commonwealth, here all you need to know about the grouping

‘We didn’t show up’: Scotland’s Robertson apologises after Ukraine defeat

Explained: What went wrong at the Champions League final – and what needs…