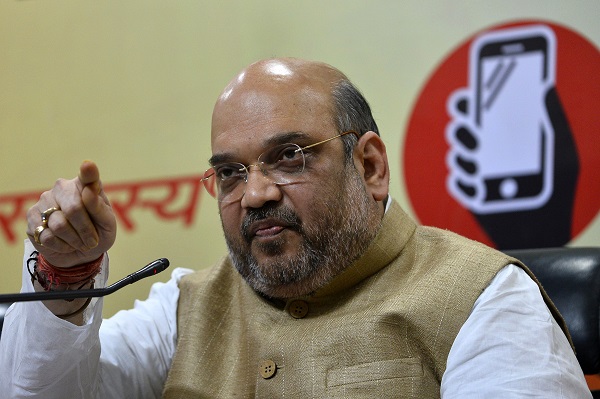 THE BJP on Thursday stepped up its campaign to highlight Veer Savarkar’s contribution to India’s freedom movement, with its president Amit Shah asserting that had it not been for the Hindutva ideologue the first war of independence in 1857 would have been merely regarded as a revolt.

While Shah paid glowing tributes to Savarkar at an event in Varanasi and stressed on the need to rewrite history from India’s point of view, many BJP leaders joined the saffron campaign to eulogise him after the party in its manifesto for Maharashtra Assembly election sought Bharat Ratna for him.

Savarkar has been a polarising figure as the Congress and other opposition parties have long shunned him for his alleged link to Mahatma Gandhi’s assassin.

He was acquitted of the charge but his hardline Hindutva views long made him a pariah for the secular establishment.

Former prime minister Manmohan Singh said at a press conference in Mumbai that the Congress is not in favour of what “Savarkar-ji patronised and stood for”, as he spoke about his party’s opposition to the demand for Bharat Ratna for him.

Singh, however, noted that Indira Gandhi as prime minister had issued a postal stamp in Savarkar’s memory.

BJP vice president Vinay Sahasrabuddhe sought to know from Singh what aspects of Savarkar’s ideology he was opposed to.

“Manmohan Singh should come clean on what aspects of Savarkar’s philosophy he is opposed to. He (Savarkar) is for nationalism, social justice, equality. He is also for scientific temper and fight against superstition. The entire value system mooted by Savarkar was very pragmatic and was very forward-looking. So there is absolutely no reason to oppose Savarkar,” he told reporters.

Inaugurating a two-day international seminar on ‘Guptvanshak-Veer: Skandagupta Vikramaditya’ at Banaras Hindu University, Shah said, “Had it not been for Veer Savarkar, the 1857 ‘kranti’ (revolt) would not have become history and we would have been seeing it from the British point of view.”

“It was Savarkar who gave the name First War of Independence to the 1857 ‘kranti’, otherwise, our children would have known it as a revolt,” he added.

Calling Savarkar a “great patriot”, BJP general secretary P Muralidhar Rao said he ensured that the 1857 rebellion was known as the first war of Indian independence.

“Otherwise it would have been remained a sepoy mutiny as conspired by Britishers…. later by Leftist intellectuals,” he tweeted.

BJP’s IT cell in-charge Amit Malviya highlighted comments of Mahatma Gandhi and Indira Gandhi praising Savarkar to target the Congress over its opposition to the demand for giving him Bharat Ratna.

“The Congress has long abandoned the values of M K Gandhi but what about Indira Gandhi, one of their own, who too hailed Veer Savarkar as a great revolutionary? Has the Congress given up on her too just because it doesn’t suit the narrow, bigoted politics of their current leadership?” he tweeted.

He quoted Indira Gandhi as having said that “Savarkar’s daring defiance of the British government has its own importance in the annals of our freedom movement”.

She had the Films Division to produce a documentary- “The great revolutionary”- on Savarkar, he said. 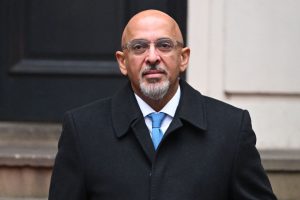