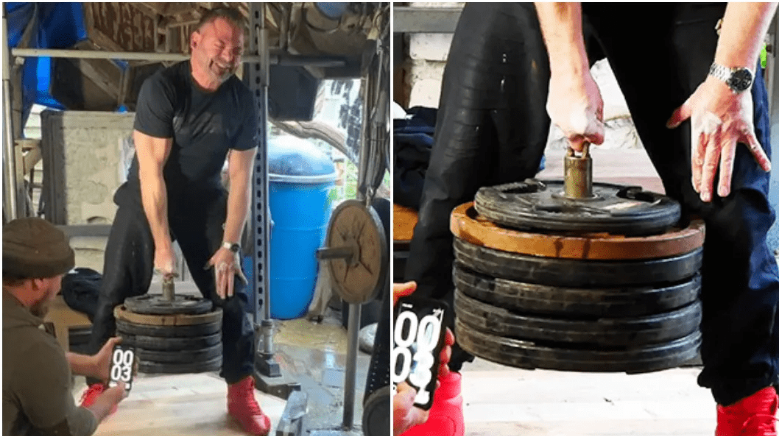 Steve Keeler from the UK has broken the Guinness World Record for the heaviest deadlift with one finger.

“It’s incredibly painful, but my fingers are strong and I am proud of my lift,” he said about his record.

He deadlifted the incredible weight of 285.49 pounds for eight seconds.

He has been training for the past four years.

Steve lifted six iron weight discs at the same time: a smaller one measuring roughly 10 kg, one 20 kg, three measuring a little over 25 kg each and one measuring 26 kg.

According to guinnessworldrecords.com, Steve is an expert martial artist, during adulthood he mastered many forms of combat: he’s a 5th Dan black belt in Tsuyoi-Ryu Karate (where tsuyoi is Japanese for ‘strong’, and specifies a traditional branch of karate that focuses on realistic full-contact combat) and a 1st Dan black belt in judo.

Steve has practiced karate since he was 18 and discovered his hand had excellent strength through judo grips.

He’s also been training in the dojo ever since he was a teenager. He discovered that his bare hands could break breezes blocks, and soon realized he had strong bones.