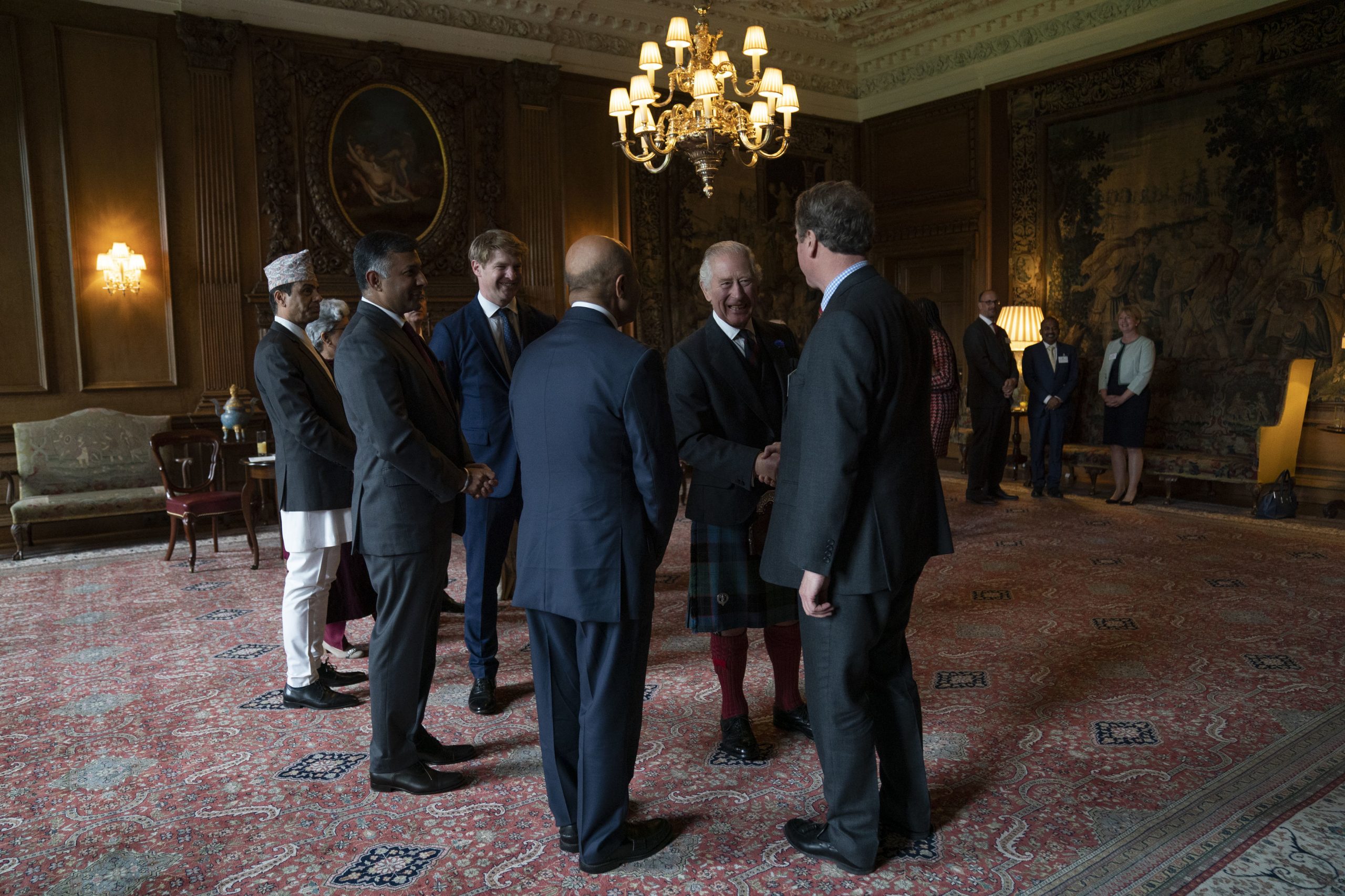 Britain’s King Charles III hosted his first major event in Scotland for the South Asian diaspora since becoming monarch last month as a celebration of charity initiatives geared towards the region.

The event for the British Asian Trust, founded by him as the Prince of Wales in 2007 to tackle poverty and hardship in South Asia, took place on Monday evening at Holyroodhouse Palace in Edinburgh – the 73-year-old monarch’s residence in Scotland. The King was joined by Queen Consort Camilla as they interacted with around 300 members of the South Asian diaspora, including Indian High Commissioner to the UK Vikram Doraiswami who had his first audience with the King since taking charge in London last week.

“Their Majesties welcomed guests of South Asian heritage from across the UK to the Palace of Holyroodhouse in Edinburgh to recognise the contribution that these communities have made to the National Health Service, Arts, Media, Education, Business and the Armed Forces,” it said.

The King and Queen Consort are currently in Scotland undertaking their first set of joint formal engagements since the royal mourning for the late Queen Elizabeth II concluded last week. During the hour-long reception, the royals also spoke to community representatives from the city of Leicester, which has been rocked by serious disorder involving sections of Hindu and Muslim communities since an India-Pakistan cricket match at the end of August.

“He was obviously appreciative of what our role has been in terms of policing, and he was very, very interested in hearing the community voice and how the communities are working together to bring back harmony,” said Rob Nixon, Leicestershire Police’s Chief Constable.

Guests at the reception included prominent members of the British Indian community, including British Asian Trust’s Indian-origin chair Lord Jitesh Gadhia, and also members of the Pakistani, Bangladeshi, Sri Lankan, Nepalese, Bhutanese and Maldivian diaspora from across the UK.