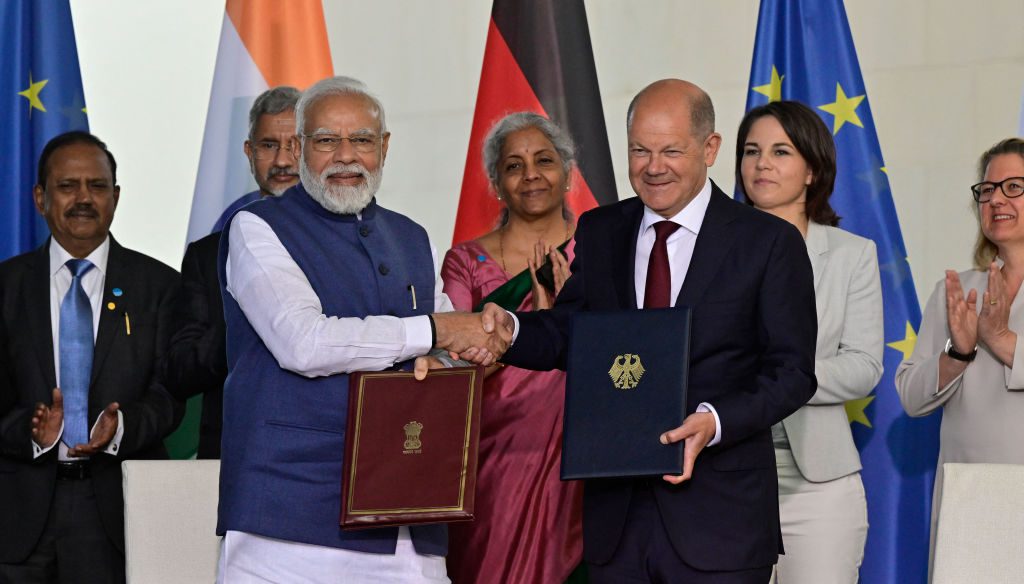 GERMAN chancellor Olaf Scholz pledged $10.51 billion (£8.4bn) to help India achieve its climate goals after meeting its prime minister Narendra Modi in Berlin on Monday (2), but the leaders remained far apart in their stance on the Ukraine war.

In a statement to media, Scholz highlighted the countries’ common aims, such as fighting climate change, and the importance of cooperation between democracies.

However, his comments on Russia’s invasion of Ukraine contrasted with those of Modi, who has called for a ceasefire but resisted western calls to condemn the Kremlin’s actions, which they describe as a “special military operation”.

A week after agreeing for the first time to send heavy weapons to Ukraine to support its fight, Scholz appealed once more to Russian president Vladimir Putin to withdraw his troops.

Modi, whose government procures most of its military hardware from Russia, said dialogue was the only way to a reach a solution.

“We believe that there will be no winner in this war, everyone will lose. We are in favour of peace,” said Modi, whose visit to Europe will also take him to Denmark and France.

Modi, who has not held a single press conference in India since becoming prime minister in 2014, did not take questions after reading out from prepared statements.

His visit comes days after Scholz’s first trip to Asia, when, in a departure from his predecessors, he went to Japan and not China as German foreign policy shifts to focusing on strengthening alliances with democratic allies.

Germany is also seeking to diversify its trade relations in Asia to reduce its reliance on China, which it has recognised as a strategic rival.

German trade with India, the world’s second-most populous country with  nearly 1.4 billion people, was less than 10 per cent of its trade with China in 2021.

India is one of the guest countries Germany will invite to attend the G7 summit it is hosting in June, a German government spokesman said earlier on Monday.