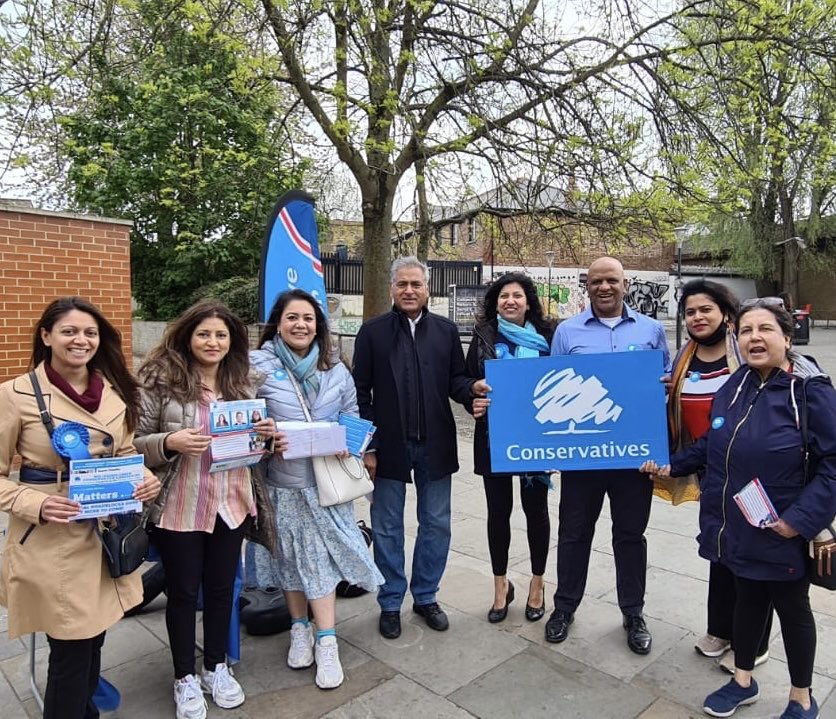 A BRITISH-ASIAN entrepreneur and vaccination role-model is running for a seat on the Brent Borough Council.

Sapna Chadha will contest the Brondesbury Park ward for the Conservative party in the local elections which take place on Thursday (5).

Last year, Chadha was part of the local Conservative party team which unsuccessfully contested the Brent Council by-election. She also lead the volunteer team at a Covid-19 vaccination centre at a local mosque.

“Our volunteer team – all faiths, all ethnic backgrounds, with a range of skills – worked with clinicians and health trusts to get jabs into arms, to fight the spread and reduce the impact of Covid,” she said speaking to Eastern Eye.

With a majority of London’s Borough councils under the control of the Labour party, balancing the political representation is important to Chadha.

“Brent’s Labour Council has done some good things. I have the highest respect for many Councillors. … But the lack of an effective opposition – of proper scrutiny and accountability – has generated a culture in which funds are wasted, the conditions under which our residents live have worsened,” she said.

Chadha also argued that greater political diversity on councils will enable more people in the borough to get their voice heard.

Currently, Brent is a Labour party council, but a string of resignations and by-elections in recent years have seen votes move to other parties. However, the impact that incidents like so-called “partygate” will have on the Conservative vote is not yet clear. Other factors which could have an impact include the war in Ukraine and the rising cost of living.

In one of London’s most diverse boroughs, Chadha believes her British-Asian heritage will work in her favour.

“I’m a Hindu woman, British-born and educated, living and working in one of London’s most diverse boroughs, with friends and colleagues across the spectrum of our London community. My photos of our campaign team show that wonderful diversity,” she said.

Recent weeks have seen Chadha and her team join other election candidates in canvassing their local council wards. For her it’s also important to talk to diverse groups of potential voters, “In clusters of social housing and leafy avenues,” she said. She’s also been canvassing people in locations such as local school gates and high street shops.

“We’re fighting a serious campaign to boost effective opposition in Brent. I want to be elected and I aim to win. Let’s see what happens,” she said. Whether the Conservatives can gain ground on Labour in this election remains to be seen.