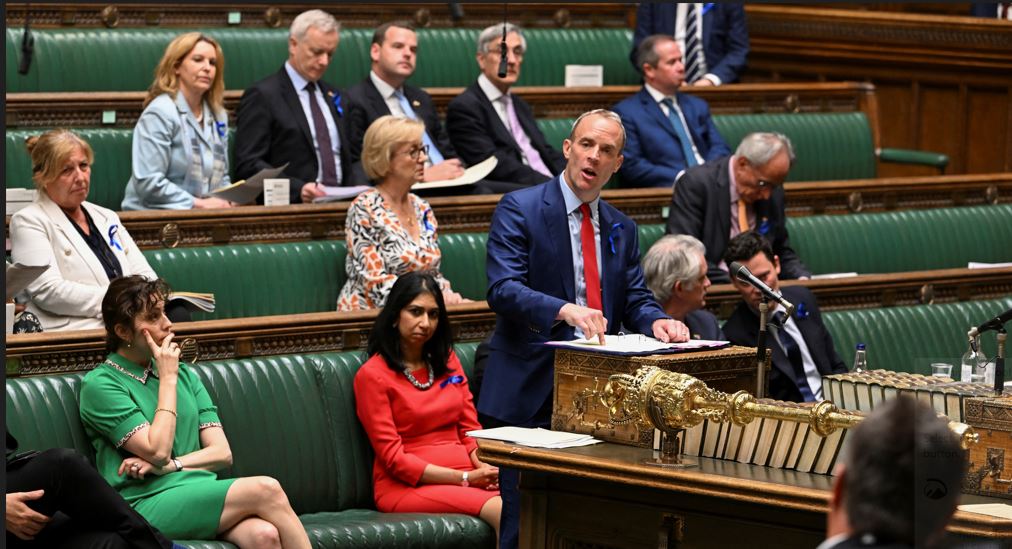 THE UK government introduced legislation allowing it to override rulings by the European Court of Human Rights (ECHR), after a judge in Strasbourg blocked flights removing asylum seekers to Rwanda.

The Bill will ensure courts cannot interpret laws in ways that were never intended by Parliament and will empower people to express their views freely.

It will make clear that the UK Supreme Court is the ultimate judicial decision-maker on human rights issues and that the case-law of the European Court of Human Rights does not always need to be followed by UK courts.

Increase deportations of foreign criminals
The legislation would stop foreign-born offenders convicted of serious crimes from being able to escape deportation and cut their prison sentences short on human rights grounds.

Raab said it would limit the application of the “right to family life” in certain court cases, without undermining the rights currently enjoyed by the general public.

Currently, a person’s right to family life trumps public safety and prevents their removal from the UK.

But under the changes, the person would have to prove their child would come to overwhelming and unavoidable harm if they were deported.

The fresh legislation will prevent what the government believes are “trivial” human rights claims by introducing a permission stage in court requiring people to show they have suffered a significant disadvantage before their claim can go ahead.

They will be required to do so at the earliest possible stage.

The ministry of justice has also said the Bill would boost press freedom by introducing a stronger test for courts to consider before ordering journalists to disclose their sources.

It would also elevate the right to freedom of expression over that of right to privacy – which has restricted reporting in recent years.

Responsibility to society are as important as personal rights

The Bill will ensure courts consider a claimant’s relevant conduct, like a prisoner’s violent or criminal behaviour, when awarding damages.

This will reinforce in law the principle that responsibilities to society are as important as personal rights, officials said.

According to the government, the Bill will also:

What are the opposing views to the Bill?

He said: “Ripping up the Human Rights Act means the public is being stripped of its most powerful tool to challenge wrongdoing by the Government and other public bodies. This is not about tinkering with rights, it’s about removing them.”

Jun Pang, policy and campaigns officer at campaign group Liberty, said: “The bill of rights will result in everyone’s rights being eroded and everyone’s protections being reduced but obviously with the most disproportionate effects on already marginalised communities.”

Law Society president Ingrid Stephanie Boyce, the sixth female, and the first black person to be president of the Law Society of England and Wales, who represents solicitors, said the package was on a collision course with the rest of the law.

“The bill will create an acceptable class of human-rights abuses in the UK,” she said.

“It is a lurch backwards for British justice. Authorities may begin to consider some rights violations as acceptable, because these could no longer be challenged under the Bill of Rights, despite being against the law.”