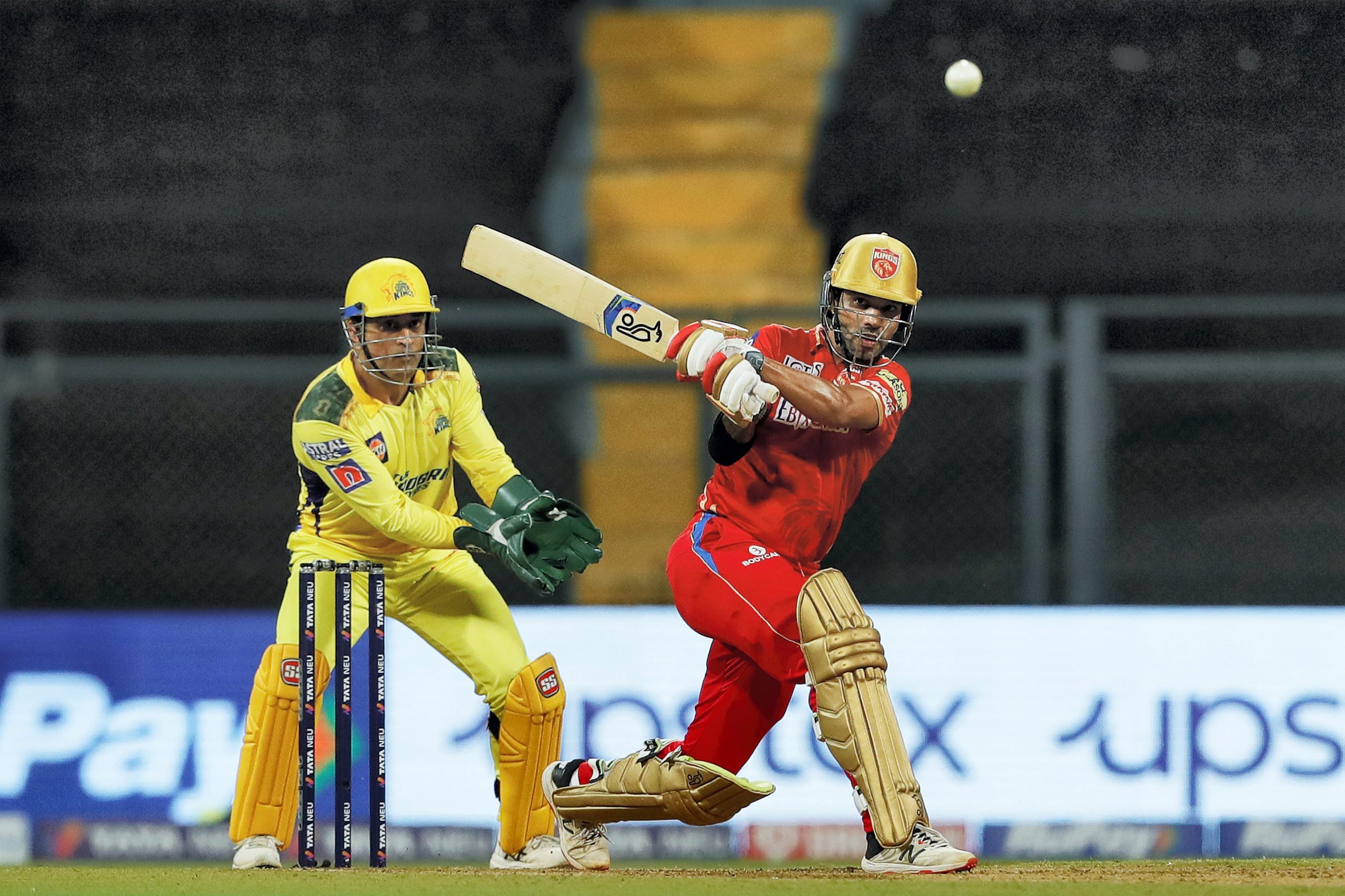 Shikhar Dhawan smashed an unbeaten 88 for Punjab Kings who withstood a batting blitz from Chennai Super Kings’ Ambati Rayudu to seal an 11-run victory in a hard-fought IPL match on Monday.

Dhawan, playing his 200th match in the Indian Premier League, smashed nine fours and two sixes in his 59-ball knock to guide Punjab, who were put in to bat first at Mumbai’s Wankhede Stadium, to 187-4.

Holders Chennai slipped to 40-3, but Rayudu took on the chase in his 39-ball 78, studded with six sixes, before being bowled by Kagiso Rabada who returned figures of 2-23.

Rayudu smashed three straight sixes and a four off Sandeep Sharma to raise hopes of a victory in a 23-run 16th over.

Skipper MS Dhoni attempted to repeat his pyrotechnics of the previous match when he scored 16 off the final four balls but this time 27 runs from the 20th over proved too big as Chennai closed 11 short.

“I think he (Rayudu) was batting brilliantly but we could have restricted them under 170-175,” said Chennai skipper Ravindra Jadeja.

Medium-pacer Rishi Dhawan, wearing an unusual mask to protect his face in the event of getting hit by the ball, kept his nerve in the final over to have Dhoni caught at midwicket by Jonny Bairstow.

Punjab bounced back from two straight losses while four-time champions Chennai slumped to their sixth loss in eight matches.

Earlier Shikhar Dhawan lost his opening partner and skipper Mayank Agarwal for 18 after a slow start before adding 110 for the second wicket with fellow left-hander Bhanuka Rajapaksa, who made 42.

Sri Lankan Rajapaksa survived two dropped chances on one and five and finished with two fours and two sixes in his 32-ball knock.

Dhawan put his patchy IPL form behind him, turning up the heat by smashing Mukesh Choudhary for three boundaries in one over. Shortly after he swept Dwaine Pretorius for another boundary to raise his 46th IPL half-century and second of the season.

England’s Liam Livingstone joined Dhawan to keep up the charge as the costliest overseas buy of this IPL auction — Punjab picked him for $1.52 million — hit Pretorius for one four and two sixes in another big over.

He fell in the next over to Choudhary but his seven-ball 19 boosted what turned out to be a winning total.

“Livingstone the way he played some gentle strokes out of the park, that set us up nicely and we got a winning total,” said Rabada.