Eleven die after being electrocuted during temple procession 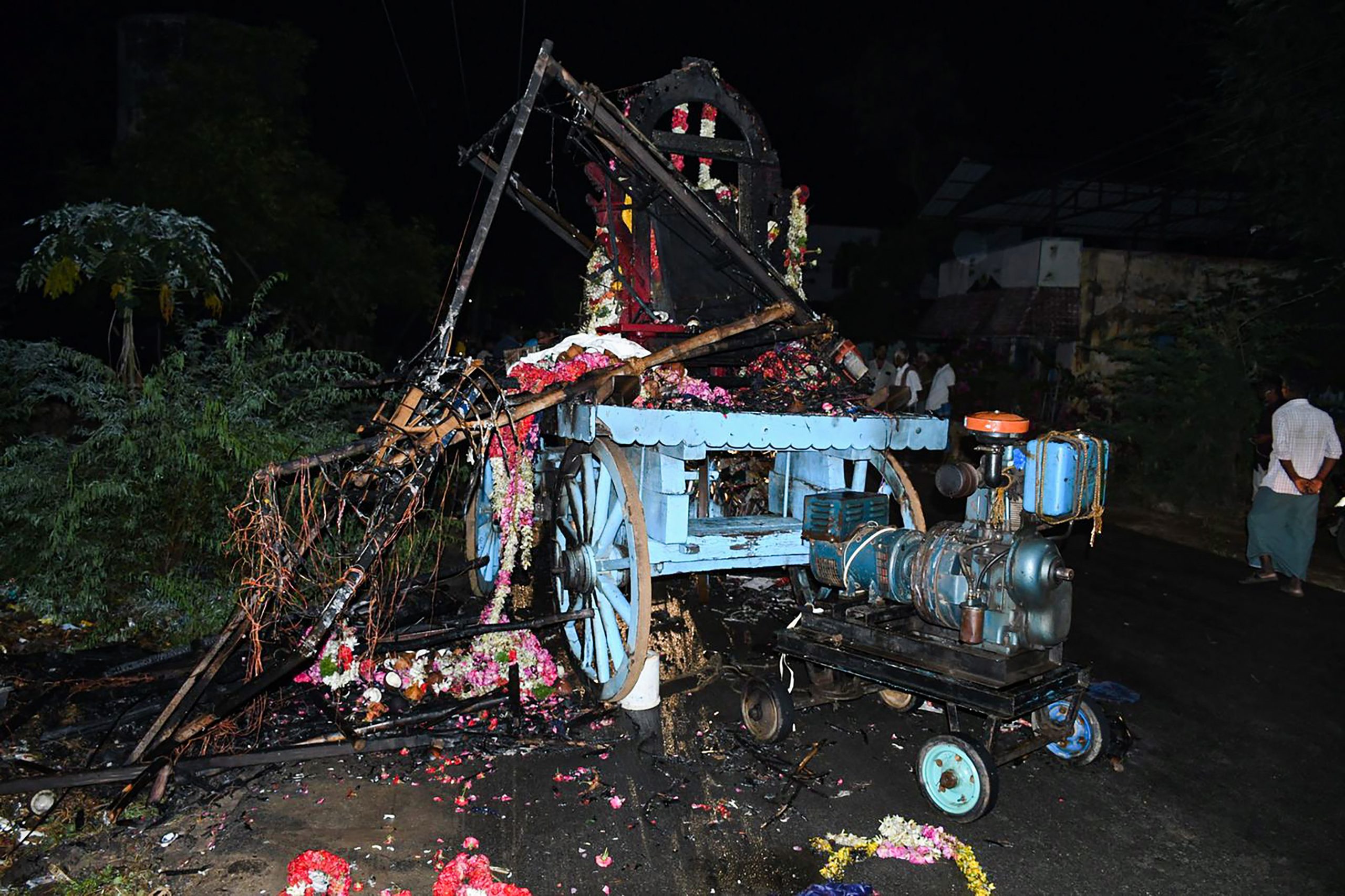 At least 11 people including three minors were killed on Wednesday after a temple chariot procession came into contact with a high-voltage wire in India, police said.

Initial indications suggested that the crowd used water to contain an initial fire after the top of the chariot touched the wire in the southern state of Tamil Nadu.

At least 15 other people were hospitalised after the incident at around 3:00 am (2130 GMT) in the city of Thanjavur.

“The top of the chariot was heavily decorated and that is the part that hit the wire,” senior police officer V Balakrishnan told AFP.

The victims were part of the team that was pulling the chariot. At least three people died on the spot.

Hundreds of devotees took part in the procession which has taken place annually for around 90 years.

A senior police official told broadcaster NDTV that the power line along the temple route is usually turned off but this time it was kept on.

Prime minister Narendra Modi tweeted that he was “pained” by the accident and announced relief of approximately $2,600 to the families of the dead.