Gina Miller: ‘Tories and Labour are both failing UK Asians’ 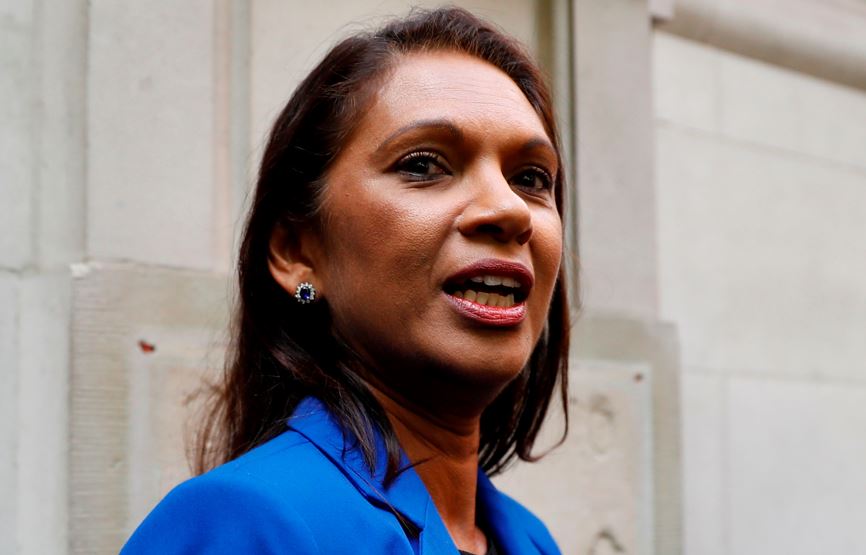 BOTH main parties in the UK have traditionally had loyal supporters from different parts of the Asian diaspora, but there is growing unease that neither can be trusted or represent the values and aspirations of the Asian community.

Labour leader Sir Keir Starmer also now has a new race problem as more and more people of colour, especially young people, voice dissatisfaction with his leadership and are deserting his party1.

A common charge is that Starmer says what he does not stand for, but is failing to set out what he does – a vision for the future, leading to many thinking again about their relationship with Labour as more and more black, Asian and Muslim voters voice their discontent.

The government tells ethnic minorities to trust them, but they have failed to acknowledge or speak out against the ‘rise in antiIndian racism’2 and Hinduphobia, or tackle the fact that people with a Muslim or Indian-sounding name are three times less likely to be offered a job interview than applicants with an English-sounding name.

Worse, the government is about to enact a raft of legislation that will threaten our rights and our access to justice through the police and courts bill, even strip us of our nationality without warning under the draconian ‘nationality and border bill’.

It is about to enshrine their prejudices against our modern multicultural Britain. People who have been naturalised or are the descendants of immigrants, including myself, could be stripped of their British citizenship without any prior notice nor the means to appeal such an authoritarian move3.

For those who were born in Britain, and for whom it is their only home, their place of living, working, loving, to be stripped of their citizenship would be nothing short of a nightmare because it will make them stateless and destitute.

Meanwhile, the police, crime, sentencing and courts bill will give additional powers to the police, as well as ban what are seen to be noisy protests.

Can a police force that has been found to be institutionally racist, and that stops and searches Asians citizens more than their white counterparts, according to the government’s own figures4– really be trusted?

And what of our hopes and dreams for our children? The last few years have shown this government to be corrupt, giving contracts to their friends, honours to shady characters including oligarchs, using our hard-earned taxes to secure themselves in power rather than invest in building a better future for our communities and country.

Small and medium-sized businesses were looking for radical announcements5 in the Spring Statement to help them deal with the challenges of the  ever-worsening cost of energy and the cost-of-living crisis, with worse to come as the war in Ukraine is set to push inflation well above eight per cent later this
year.

But there was no help for business rates, no help with recruitment and staff costs, no ditching the National Insurance rise. Education, too, is of fundamental importance to our communities.

In the education White Paper, parents’ worries about funding for schools, lack of books, proper teaching and proper catchup programmes post-pandemic have again been left unaddressed.

And, even if they do get to university, recently announced changes mean graduates are now going to pocket less of their earnings because the chancellor plans to deduct student loans at a much lower income threshold. Some graduates will be £28,000 worse off because of these economically illiterate changes6.

The chancellor is planning to claw back student loans over 40 years instead of 30 years, a time when graduates will be nearing their retirement age and probably have children of their own.

I fear that the government does not have the best interests of south Asian communities at heart. They are not exemplars of the principles, good character and respect for others that are at the heart of the Asian community and what we teach our children.

I do not trust that they can deliver the equality of opportunity we deserve, that they support our values or have the work ethic needed as we face what many are saying will be the most challenging decade since the 1950s.

The True & Fair party was founded on such principles, on ambitions and visions of a Britain that elevates those who work hard, are compassionate to those who fall on difficult times, and champions honesty, truth, and fairness.

As I sat at the recent graduation ceremony for the Law Faculty at University College London to deliver the graduation speech, I felt so proud to see so many young Asian men and women receiving their degrees, masters and doctorates, applauded by joyous parents and family – but something inside me also felt very worried for the burdened future that they are facing.