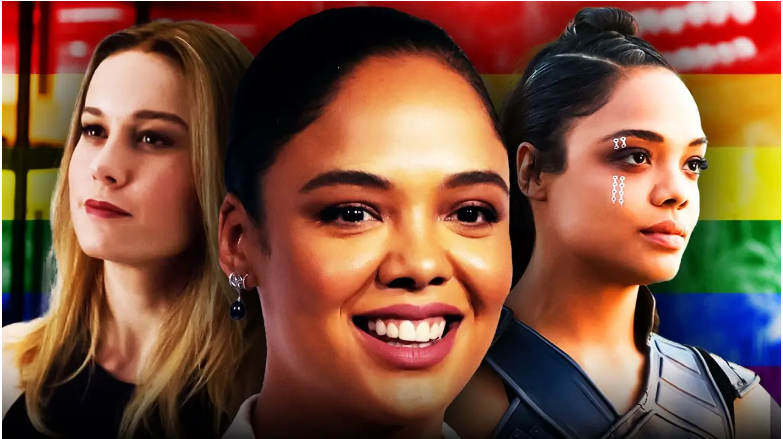 The recent MCU film Thor: Love and Thunder, which hit screens on July 8, put up a great show at the box office. Actress Tessa Thompson, who plays the character of Valkyrie in the superhero flick, recently said that she is open to exploring the possibility of a romantic relationship between Valkyrie and Captain Marvel, played by Brie Larson.

Talking to an Indian entertainment portal, the 38-year-old actress said, “I, you know, the heart wants what it wants. I don’t…I can’t speak yet to Val. She has not had a ton of time to focus too squarely on her love life since she has been besought with a lot of kingly duties.”

Thompson went on to add that Valkyrie is single and ready to mingle. “But there are a lot of amazing men, women, otherworldly creatures inside of the MCU and certainly in the canon of characters that could enter the MCU. So, I think there is so many fish in the sea. She is single. She’s ready to mingle,” she said.

She also added that she loves both characters in the comics. “And I love, both in the comics, Carol and I… Brie Larson is a good friend of mine and I love spending time with her. So, I wouldn’t be mad at it, for sure,” she further said.

Thompson’s comments come in response to the hugely popular fan theory that Valkyrie and Captain Marvel should be together within the MCU. This has previously been encouraged not only by Thompson but Larson also.

The character of Valkyrie is all-but-confirmed to be bisexual in the MCU. For those not in the know, Thompson is also bi-sexual in real life.

The sequel to Thor: Ragnarok, Thor: Love and Thunder also stars Chris Hemsworth, Christian Bale Natalie Portman, and Russel Crowe in important roles. It is the 29th film in the Marvel Cinematic Universe.