How contagious are kids with Covid? Short answer: we don’t know 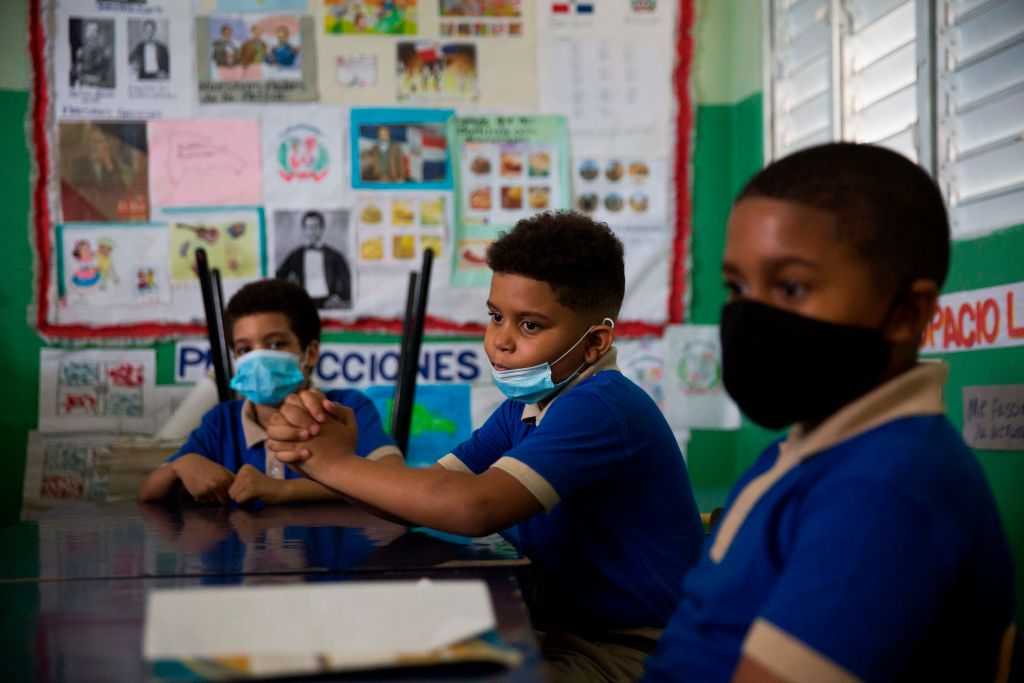 Are children a major source of contagion for Covid-19? Ten months into a pandemic that has claimed 1.2 million lives experts are still divided on the question, even as governments must decide whether to keep classrooms open or shut.

During the first wave of infection, scientific consensus formed around the concern that children might be a crucial vector — as they are for the flu — in spreading the new coronavirus.

And then, moving into the summer, the opposite idea took hold: kids, especially young ones, did not infect others that much, several studies suggested.

“If you look at the scientific literature, it’s really not very clear,” said Dominique Costagliola, an epidemiologist at the Marie and Pierre Curie Faculty of the Sorbonne University in Paris.

These apparently contradictory results have not made things any easier for policy makers struggling to balance the health of their citizens and their economies.

A number of studies showed that children, who rarely show symptoms when infected, were not highly contagious to other family members during lockdowns in the Spring.

But that was during a period when schools were shut down and the spread of the virus had slowed, noted epidemiologist Zoe Hyde, a professor at the University of Western Australia.

“Most studies of COVID-19 and children have been conducted during highly unusual lockdown periods or at a time of low community transmission,” she noted in the Medical Journal of Australia.

More recently, however, a new wave of studies from the United States, India and South Korea have challenged the idea that kids are not that contagious.

Findings published last week from the US Centers for Disease Control based on a study of 300 people in September concluded that “transmission of SARS-CoV-2 among household members was frequent from either children or adults.”

A much larger study from Britain released on Tuesday paints a different picture.

“Living with children 0-11 years old was not associated with increased risks of recorded SARS-CoV-2 infection, COVID-19 related hospital or ICU admission,” research from the London School of Hygiene and Tropical Medicine and the University of Oxford, based on data from more than nine million adults, concluded.

For children aged 12 to 18, there was a risk, but it remained small, the study found.

Children “can transmit it to others,” said Maria Van Kerkhove, an epidemiologist at the World Health Organization’s Health Emergencies Program. “Although, that seems to occur less often than transmission does among adults.”

Younger children, she added, appear to transmit it less to each other than teenagers, where infection among peers happens at roughly the same rate as among adults.

“When symptomatic, children shed virus in similar quantities to adults and can infect others in a similar way to adults,” the EU’s European Centre for Disease Prevention and Control said in August. “It is unknown how infectious asymptomatic children are.”

If the capacity of kids to transmit Covid remains in doubt, there is no doubt they are generally asymptomatic or have less serious forms of the disease compared to adults.

One important — but very rare — exception is a syndrome in which the immune system of infected children, especially young ones, turns against itself.

Adding urgency to the scientific debate on kids and Covid infection is the politically charged question of whether to keep schools open or not.

Most schools across dozens of countries were shut down during Spring lockdown, placing a huge strain on parents and compromising the education of their children.

“Everyone understands how important schools are for children, not only for their education but for their well being, mental health, and security,” noted Van Kerkhove.

“In some situations, it’s where many children get food.”

Many countries — including France, Britain, Austria and Ireland — have implemented nationwide partial lockdowns in recent weeks to slow the rapid spread of the virus, but opted to keep schools open this time.

“The risk related to schools is not zero — no one is saying that,” noted Daniel Levy-Bruhl, an official at France’s public health watchdog agency.

Isolated cases must be put into perspective, he added.

“There are a huge number of schools open around the world and, for the most part, there are few problems.”

The French government, allowing for the possibility that children might be more contagious than suspected, has imposed mask wearing at school for children six years old and up. The cut-off age before was 11.

“Even if they are les contagious than persons 14 and older, young children have a lot of contact with each other and adults,” said Costagliola. “Lots of contacts means more contaminations.”