‘I didn’t want to be termed as normal’ 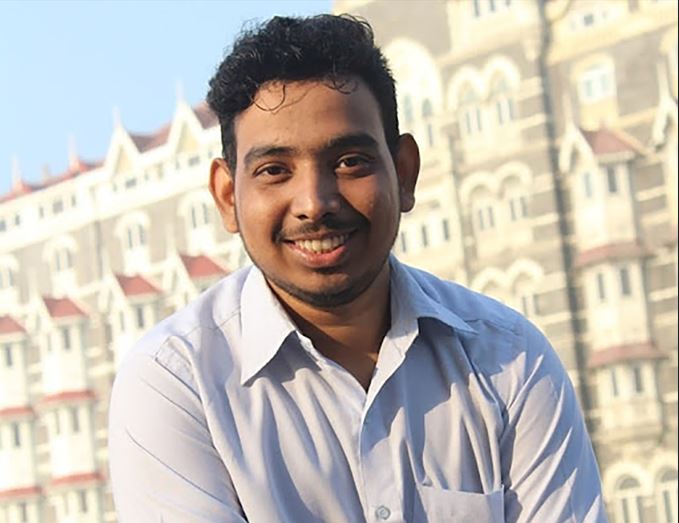 AN EMPOWERING journey has seen Navel Nazareth go from being bullied as a child to finding inner strength, accepting who he is and setting up a successful business.

The 26-year-old, who is based in Mumbai, founded inspiring online portal Closeted Stance, which gives a safe space for the LGBTQIA+ community to connect and express themselves. The entrepreneur also empowers others by sharing his story and commitment to creating safe workspaces.

Eastern Eye got him to share his story, from being bullied to coming out as queer and being a beacon of hope for others. He also spoke about the devastating impact of words, the online portal and podcast and building his own identity.

“People underestimate the power of the words we speak. Many times, we just utter things without even thinking or realising how it would affect the other person’s life. It is important to be mindful about what we say, as even a small word can change someone’s life. Imagine, while we all run in the race of being termed as ‘normal’ as per societal norms, somebody is constantly told that they are different and an abomination to society. How would that make them feel? Bad, right?

“When we are born, it is with a clean slate with no choices and thoughts of our own. As we grow up, we develop preferences based on our genetics, experiences, and willingness to try different things. It’s society that labels every thing around us and forces us to have a liking for things that are a determined fit for our gender. Even today, boys are mentally pressured to participate in sports, while girls are encouraged into arts.

“This is my story of being a queer entrepreneur who never could understand the barriers set by society based on gender, and always tried to do what felt right to him.

“From a very young age, I was bullied for being ‘just a little effeminate’ in my behaviour, thus leading to mental torture, not only in my school but also in my local neighbourhood. At the age of worrying about what games to play and which homework to complete, I started devoting my focus to walking and talking in a certain way. But the more I tried to control these attributes, the more people started noticing. It always felt like it was my fault for not being able to control my body to seem like every other boy in class.

“There were times when I kept reminding myself to speak with a harsh tone and keep track of my hand gestures, but as much as I tried, I failed and was always a laughingstock in the entire school. It took some time to find a way not to be in the spotlight or in the eyes of bullies, but this unwanted attention continued until my college journey began.

“College was a new beginning, as there was no trace from a painful past to bother me, and that enabled me to build a new identity for myself. Though most of my attributes remained the same, being a part of cultural events enabled me to muster the courage to accept myself for who I was.

“I realised that I didn’t want to be termed as ‘normal’ any more and started calling myself ‘queer’, and that has stayed ever since. While still an umbrella term, it gave me the ability to embrace the fact that I was different from heterosexuals, while having the ability to explore my gender identity and sexuality. So in my case, the word, which directly translates as ‘weird’, became something that gave me the power and strength to be myself.

“With inter-collegiate competitions, functions, and study, slowly and steadily the focus started to shift from over-caring about myself to doing something for the college. That, in return, did give me much-needed respect. When college ended, it was very difficult as I had deeply invested myself in various activities, and needed to come out of that, so I decided to join a satellite news channel.

“This enabled me to witness the true power of media. Being more passionate about writing than broadcasting led me to join a newspaper. This exposed me to the realisation that there was not a lot of relevant information about the LGBTQIA+ community out there. Being effeminate in nature and having that close connection led me towards starting an informative platform called Closeted Stance.

“A classmate from college decided to join me in building this portal. It became a platform through which a lot of people who were questioning their sexuality or sexual orientation got a space to know more about themselves. As we started growing, we realised not everyone prefers reading, hence the idea of starting a podcast – Queer Stance – came into existence. Setting up such a portal in a conservative country like India was and is still very difficult and scary, but I knew it was important as there are thousands of young people like me who would like to know more about gender identity, sexuality and sexual orientation.

“Beyond the job and portal, we started getting freelance projects. Soon a few of them converted into retainer clients, and we had enough to leave our jobs and start working on them. Despite being risky, we took that leap and worked hard, going from working in any available café to renting office space. We created an LGBTQIA+ friendly office and made Closeted Stance as a subsidiary to keep reminding us of our values.

“I am happy as the co-founder and CEO of Neo Aeon Media Solutions LLP. We have eight employees in an inclusive workspace that is discrimination- and bullying-free. I feel hopeful about the future and am looking forward to a society where no one is bullied or made to feel different or damaged because of how they identify themselves, or for the person they love.”