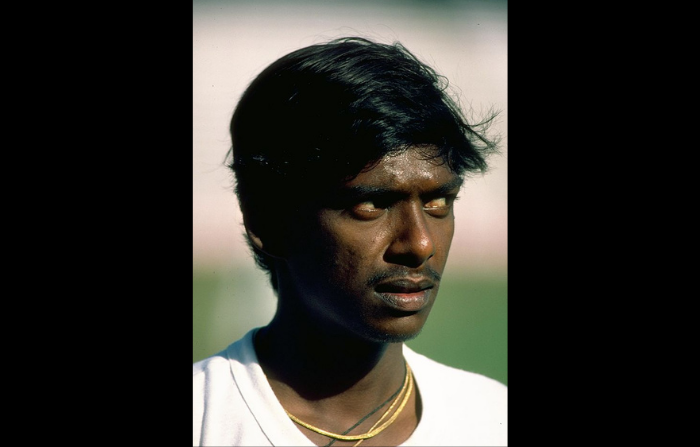 AT a time when racism has rocked county cricket in England, former India leg-spinner Laxman Sivaramakrishnan has claimed that he has been “colour discriminated” throughout his life and such discrimination happens in his own country.

The 55-year-old, who has also made a mark as a cricket commentator and analyst after retiring from the game, recently replied to a tweet on commentators facing online trolling, saying, “I have been criticised and colour discriminated all my life, so it doesn’t bother me anymore. This unfortunately happens in our own country.”

Sivaramakrishnan, who played only nine Tests and 15 one-day internationals (41 wickets in all) for India between 1983 and 1987, something which analysts regret saying the man was capable of doing much more, is not the first Indian cricketer, however, to have spoken out publicly about discrimination.

Abhinav Mukund made similar allegations in 2017

India opening batter Abhinav Mukund, who last played international cricket in 2017, has also spoken out on the same issue in the past.

“I have been travelling a lot within and outside our country since I was 15. Ever since I was young, people’s obsession with my skin colour has always been a mystery to me,” Mukund, 31, had said in a tweet in August 2017. “Anyone who follows cricket would understand the obvious. I have played and trained day in and day out in the sun and not even once have I regretted the fact that I have tanned or lost a couple of shades.

“It is simply because I love what I do and I have been able to achieve certain things only because I have spent hours outdoors. I come from Chennai probably one of the hottest places in the country and I have gladly spent most of my adult life in the cricket ground,” he said.

Both Mukund and Sivaramakrishnan are born in Chennai, the capital of the southern Indian state of Tamil Nadu.

Cricketers outside India have also been vocal over the issue. West Indian cricketers Darren Swamy and Chris Gayle were among the first active players to back a growing number of sports personalities around the world to publicly protest racism in the wake of the brutal killing of George Floyd in the United States in May 2020.

Thereafter, statements were found to be surfacing about racism in South Africa, a country where the problem has been deep. During the recently held T20 World Cup in the Gulf, players from all participating teams were seen making gestures to express solidarity with anti-racism movements around the globe.

In England, allegations about racism brought by Pakistan-born Azeem Rafiq at the century-old Yorkshire County Clube and his testimony before a parliament select committee has forced the country’s cricket authorities to address complaints of institutional racism.