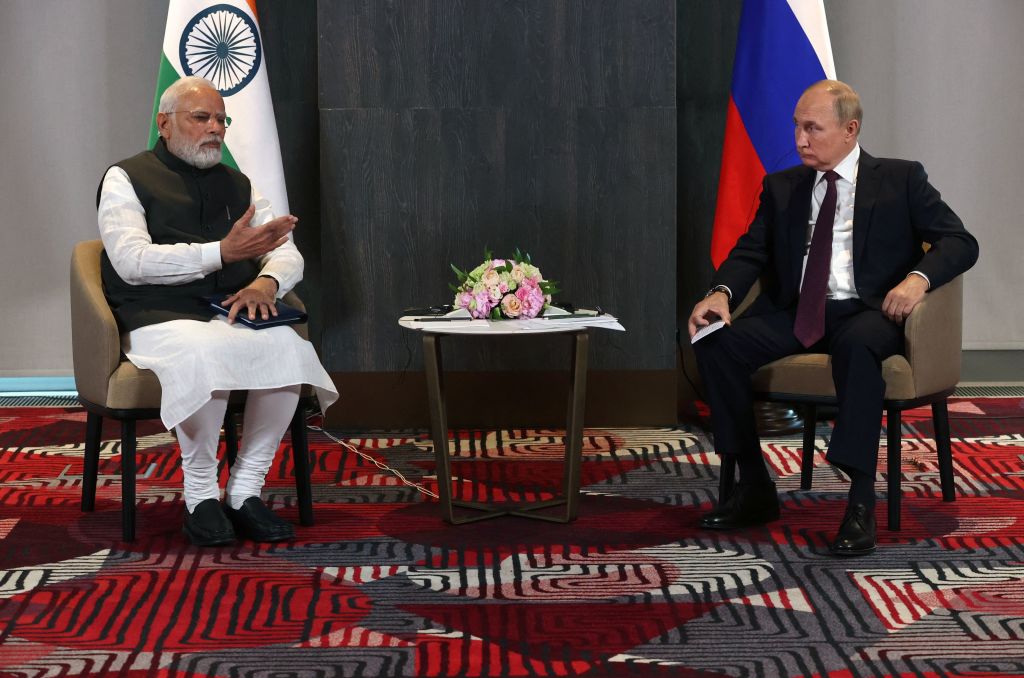 India’s permanent representative to the United Nations (UN), Ruchira Kamboj, said on Friday (30) that India is deeply disturbed by the recent turn of developments in Ukraine and stressed that dialogue is the only answer to settle differences and disputes after India abstained in the UN Security Council (UNSC) vote which condemned Russia’s “illegal referenda” and annexation of Ukrainian regions, calling for an immediate cessation of violence.

The 15-nation UN Security Council on Friday voted on the draft resolution tabled by the US and Albania that condemns Russia’s “organisation of illegal so-called referenda in regions within Ukraine’s internationally recognised borders.”

The UN security council voted on the resolutions condemning referendums in Ukraine at UNSC on Friday which were tabled by the US and Albania and failed to get adopted as Russia vetoed it whereas India, China, Gabon, and Brazil abstained.

Explaining the vote, Kamboj urged that all efforts are made by the concerned sides for the immediate cessation of violence and said that dialogue is the only answer to settling differences and disputes.

“Dialogue is the only answer to settling differences and disputes, however daunting that may appear at this moment. The path to peace requires us to keep all channels of diplomacy open,” she said during the address at UNSC.

She further highlighted the statements made by India’s external affairs minister Subrahmanyam Jaishankar in his recent engagements at UN General Assembly during the High-Level Week on the ongoing war between Russia and Ukraine.

Referring to Indian prime minister Narendra Modi’s advice to Russian president Putin during the SCO Summit in Samarkand that this cannot be an era of war, Kamboj said that India is hopeful of an early resumption of peace talks for resolution of the conflict.

“India’s position has been clear and consistent from the very beginning of this conflict. The global order is anchored on principles of the UN Charter, international law and respect for sovereignty and territorial integrity of all states,” the UN envoy added.

“Escalation of rhetoric or tensions is in no one’s interest. It is important that pathways are found for a return to the negotiating table. Keeping in view the totality of the evolving situation, India has decided to abstain from this resolution,” Kamboj said.

Putin signed the documents on Friday to formally announced the annexation of four regions – Donetsk, Luhansk, Kherson and Zaporizhzhia.

Russia’s annexation sparked wide criticism from around the world. The United States announced that it will impose a “swift and severe cost” on Russia.
Meanwhile, US Secretary of State Antony Blinken said that the “United States unequivocally rejects Russia’s fraudulent attempt to change Ukraine’s internationally recognized borders.”

“We will continue the United States’ powerful, coordinated efforts to hold Russia to account, cut Russia’s military off from global commerce and severely limit its ability to sustain its aggression and project power,” he added.

In an earlier briefing on Tuesday, Kamboj said the Ukraine war has resulted in the loss of countless lives and miseries for people particularly women, children and the elderly with millions becoming homeless and taking shelter in neighbouring countries.

Kamboj said that New Delhi will continue to work with the International Community to mitigate economic hardships resulting from the Ukraine conflict.

During the UNSC briefing, the UN envoy also reiterated that India’s approach to the ongoing war in Ukraine will be human-centric as the country firmly believe that global order should be anchored on international law in the UN charter.