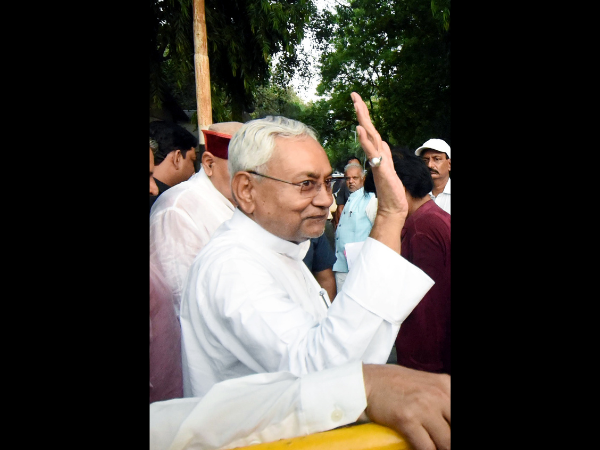 Here are news in brief related to India’s politics for Tuesday, August 9, 2022:

Maharashtra chief minister Eknath Shinde on Tuesday expanded his two-member ministry, 41 days after taking oath as the CM. Eighteen legislators, including state BJP president Chandrakant Patil, were sworn in as cabinet ministers at Raj Bhavan in south Mumbai. However, there was no woman representative. The strength of Maharashtra ministry went up to 20 with this expansion, less than half the maximum allowed strength of 43. State governor B S Koshyari administered the oath of office to the ministers.

Maharashtra deputy chief minister Devendra Fadnavis on Tuesday said women will get appropriate representation in the state cabinet. he said this after chief Minister Eknath Shinde on Tuesday expanded his two-member ministry by inducting 18 ministers, nine each from his rebel Shiv Sena group and the BJP but none from the woman community, a move being criticised by politicians and women’s rights activists. “The objection that there is no woman minister in the newly formed cabinet will be addressed soon. Women will get appropriate representation in our cabinet,” Fadnavis said in Pune on the sidelines of a programme.

Uttar Pradesh chief minister Yogi Adityanath on Tuesday said India’s strength is its unity and the country will be weakened if citizens are divided on the basis of caste and religion, the Press Trust of India reported. The chief minister was addressing a programme to mark the Kakori incident on August 9, 1925, in which freedom fighters stopped a train and decamped with money to buy weapons. “India’s strength is its unity. When the population of 135 crore speaks together, India not only remains the largest democracy in the world but is also seen representing and guiding the world as the mother of democracy,” Adityanath said.

The Delhi excise department, which is gearing to revert to the old excise policy and sell liquor through vends run by four Delhi government agencies from next month, has got a new deputy commissioner, officials said on Tuesday, PTI reported. Of the two posts of deputy commissioners in the department, one was vacant owing to transfer, while the Lt Governor had approved suspension of the other deputy commissioner AK Tiwari along with 10 other officials over allegations of “serious lapses” in execution of the 2021-22 policy.

The Haryana government on Tuesday said there was no organised illegal mining activity in the state but only stray incidents which are being dealt strictly as per law. The state assembly witnessed a lengthy discussion, with the Opposition Congress and INLD taking on the BJP-led government on the issue in the wake of the death of a deputy superintendent of police (DSP), who was mowed down by a dumper truck in Nuh on July 19 when he had gone to conduct raids against illegal stone mining. Replying to a calling attention motion of Opposition MLAs, including INLD’s Abhay Chautala and Congress’ B B Batra, on illegal mining and assault by mining mafia resulting in the death of Tauru DSP Surender Singh, Haryana mining minister Mool Chand Sharma said the government is working on zero-tolerance policy against illegal mining, adding that it is factually wrong to say that any mining mafia is thriving in the state.

Targeting Indian prime minister Narendra Modi over his absence in parliament, Congress parliamentarian Shashi Tharoor has said the former speaks more in foreign parliament than in India’s own parliament. This came during the book launch event where Tharoor compared the working style of India’s first prime minister Pandit Jawaharlal Nehru and PM Modi. Comparing the ideology of both the prime ministers regarding democracy, democratic institutions and freedom of expression, Tharoor said, “Our Prime Minister Narendra Modi has given more speeches in the foreign Parliament than in the Indian Parliament which is the opposite of Nehru.” Recalling the India-China war in 1962, Congress MP said that then PM Jawaharlal Nehru called a Parliament session and discussed the issues, today it is even not allowed to raise a question related to border issues between India and China.