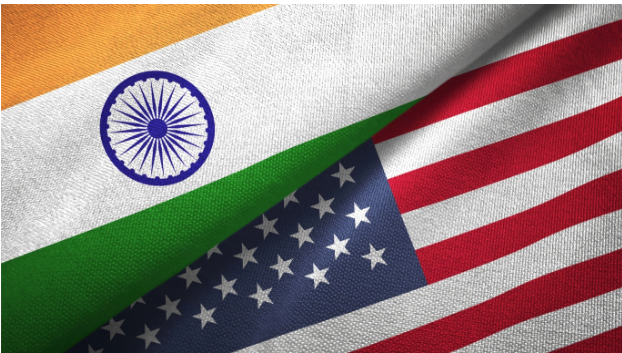 Indian-American Krishna Vavilala has been honoured with MLK Grande Parade Special Award for the 86-year-old community leader’s contributions towards connecting the Indian community with mainstream America as the US celebrated the legacy of civil rights leader Martin Luther King Jr.

King, a champion of civil rights for Blacks, was born on January 15, 1929, in Atlanta, Georgia.

Vavilala, a longtime Houstonian and the founder and chairman of the Foundation of India Studies (FIS), has in the past led several MLK Grande Parades, dressed as Mahatma Gandhi with the sole purpose of bringing the Indian community closer to the Black community, based on the principles of non-violence, which both Gandhi and MLK Jr. had followed.

The award – a trophy and a plaque – was presented by Charles Stamps, the chairman and CEO of MLK Jr. Parade Foundation, at its glitzier gala night on Sunday amidst thunderous applause.

Charles spoke highly of Vavilala and appreciated his dedication to spreading the message of both Mahatma Gandhi and MLK Jr, who were continents apart, yet shared the same vision and followed the same path.

A strong believer in promoting peace and racial harmony, the 86-year-old while accepting the award said, “Initially when I was called about this award, I thought it was a hoax. Having lived in this country for over five decades, I have observed that there is very little social interaction between the Blacks and the Indian communities in our daily lives. So, I wanted to do something about it. I must be one of the very few people in America who has seen Gandhi in person.” “The memory of me as a nine-year-old seeing Gandhi during his visit to Rajahmundry, my hometown in 1946, is still stuck in my mind,” he narrated. “My grandmother took me and my two sisters on a bullock cart to see Mahatma Gandhi.” “My inspiration to participate in the MLK parades came after I got the Gandhi statue installed in Hermann park, in 2003-2004,” he said.

“We all know, Martin Luther King Jr. had established a historic link between India and America, by adopting Mahatma Gandhi’s philosophy of non-violence in his civil rights movement. It is my belief that the Indian diaspora should participate in the annual MLK parades to help bring about social justice and racial harmony,” he added.

Meanwhile, members and supporters of the FIS on Monday morning braved the wintry weather and walked in the 29th Martin Luther King Jr. Grand Parade in midtown, Houston.

“FIS’s participation in the MLK parades is purely to pay homage to the late civil rights leader who had adopted Gandhi’s methods of passive resistance and non-violence in his struggle to achieve equal civil rights for the Black community, thus enabling permanent bondage between people of America and the people of India. This relationship is expected to endure the test of times for many generations to come,” Vavilala told PTI.

The 17-year-old organisation has routinely participated in MLK parades for 12 years and also won the parade’s Grand Marshall Award in 2015.

Vavilala, a BITS Pilani alumni, is a retired Electrical Engineer, originally from Andhra Pradesh and now a naturalised American citizen settled in Houston.

Over the years, Vavilala has kept Gandhi’s vision relevant in Houston and was instrumental in proposing the installation of a life-size Gandhi statue at Herman Park, a constant reminder of “peace in a cowboy state” of Texas.

NRIs from Punjab worried about ‘unauthorised sale’ of their properties in Indian state: US immigrant…

Indian diaspora protest against BBC Modi documentary in UK, US

1% of US population, Indian-Americans pay 6% of taxes, says Congressman: ‘They are…