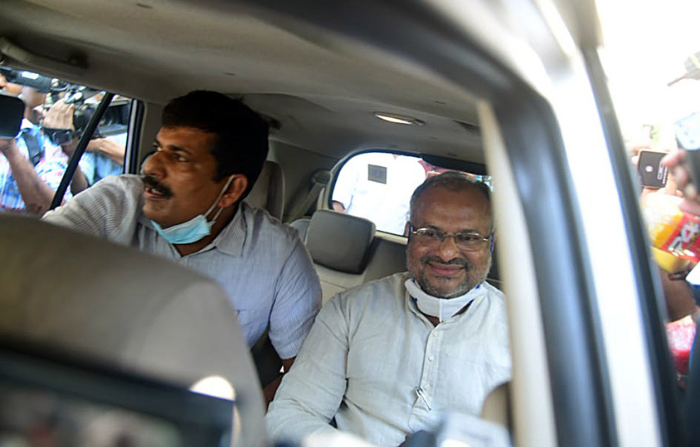 Bishop Franco Mulakkal (R) leaves the court in Kottayam in the southern Indian state of Kerala after it acquitted him in a nun-rape case on January 14, 2022. (ANI Photo)

A ROMAN Catholic bishop in India was on Friday (14) acquitted of raping a nun several times over a period of two years.

While scandals around sexual abuse are not new in the Catholic church around the world, Bishop Franco Mulakkal is the first Indian priest to go on trial in relation to such a scandal. The trial went on for more than 100 days.

A court in Kottayam in the southern Indian state of Kerala pronounced a single line verdict on Bishop Mulakkal, who belongs to the state, saying it had not found him guilty of the charges.

Bishop Mulakkal, 57, was seen leaving the court campus with a smile after the verdict came.

According to the nun, she had approached the church several times and decided to go to the police after no step was taken. The same year, she filed a complaint but the police started a probe months after five other nuns staged almost daily protests outside a high court.

The nuns also demanded action from the government of Kerala and even wrote to the Vatican, seeking its intervention in the matter.

However, they came under heavy criticism within the church and faced threats and accusations.

Bishop Mulakkal was eventually arrested in September 2018 by a special investigation team that investigated the allegations against him.

S Hari Shankar, the police chief of Kottayam, expressed shock over the verdict on Bishop Mulakkal. “There was strong evidence in this case. No witness turned hostile,” he told India’s NDTV news channel.

The court had restrained the media – both print and electronic – from publishing anything related to the trial without seeking its permission.

In 2020, the Supreme Court of India had rejected the bishop’s request for a review of its earlier decision to dismiss his petition against the charges of rape.