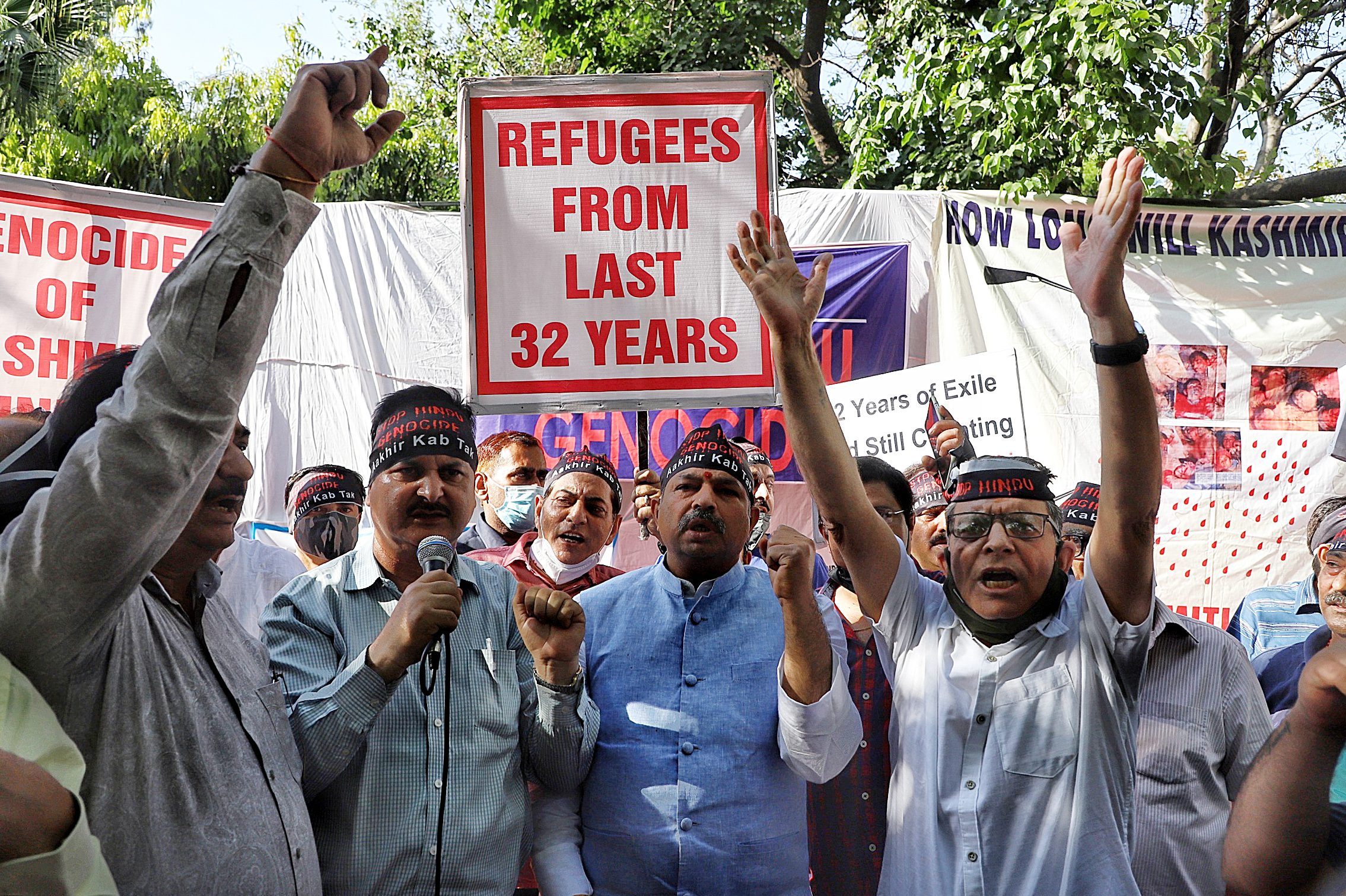 Indian Hindu hardliners have jumped on an explosive new film endorsed by prime minister Narendra Modi on the mass flight of Hindus from Kashmir 30 years ago to stir up hatred against minority Muslims.

The Kashmir Files is the latest Bollywood offering — more famous for its song-and-dance love stories — to tackle themes close to the political agenda of Modi’s Hindu nationalist government, critics say.

Released last month and already one of the country’s highest-grossing films this year, it depicts in harrowing detail how several hundred thousand Hindus fled Muslim militants in Indian-administered Kashmir in 1989-90.

Authorities have made entrance to the film tax-free in many states, with police and others given time off to go watch.

Numerous videos shared on social media and verified as genuine have shown people in cinemas calling for revenge and for Muslims to be killed.

One clip shows Swami Jeetendranand, a Hindu monk, leading a crowd in nationalist and anti-Muslim chants.

“(Muslims) are not only dangerous to India but to the whole world.”

Muslim-majority Kashmir, split between India and Pakistan since 1947, has a bloody past.

Three decades of insurgency — with Pakistan’s backing, according to New Delhi — and a heavy-handed response by the Indian military have killed tens of thousands of people, mostly Muslims.

Around 200,000 Kashmiri Hindus — known as Pandits — fled after the violence began in the late 1980s. Up to 219 may have been killed, according to official figures.

Redressing this “genocide” and “exodus”, as right-wing Hindu groups call it — likening it to the Holocaust — has long been a central theme of Modi’s Bharatiya Janata Party.

In 2019, his administration — often accused of marginalising and vilifying India’s 200 million Muslims — revoked the region’s partial autonomy and imposed a vice-like security blanket.

But Sanjay Kaw, a Kashmiri Pandit journalist who himself fled in the 1990s, said the movie makes no allusion to the persecution of the region’s Muslim community either before or since.

“One of my relatives was shot dead… barely 300 meters away from our home,” Kaw said.

“The movie only talks about the exodus part, and only refers to the failure of the state but not the things that led to the situation.”

The movie’s director Vivek Agnihotri, an avowed Modi fan, said that he wanted to give “some dignity to the people who have been hurt”.

“Nobody asked Steven Spielberg why there were a few violent reactions to Schindler’s List,” he said, referring to the 1993 movie on the Holocaust that was widely acclaimed as historically accurate.

“Give (people) the right to react the way they want to react. As long as they are not hurting anybody physically, I think it’s fine,” Agnihotri added.

But the film “certainly has an agenda”, said documentary filmmaker Sanjay Kak, as it “strongly feeds into the current Islamophobic discourse in our society”.

“I think the film makes those goals (of the BJP) quite explicit: which is basically about setting up Kashmir as a kind of ideological pole for their vision of a new resurgent Hindu India,” he said.

Modi has hit back against the criticism, saying a “whole ecosystem is trying to silence the person who made the film and tried to reveal the truth”.

The world’s largest democracy has a long history of film censorship, but detractors say the industry has come under increased pressure to make films that dovetail more with the BJP’s narrative.

In 2019, the hagiographic PM Narendra Modi about the premier’s life story, was too much even for the Election Commission, which delayed its release until after a vote that year.

The same year saw the gung-ho Uri, a blockbuster based on India’s 2016 “surgical strikes” on militants across Pakistan that critics said also played thick and fast with the facts.

It was just one of a string of recent military-themed movies that have been nationalistic, all-guns-blazing stories of heroics by soldiers and police — usually Hindus — against enemies outside and within India.

“Most Indians think what happened in Uri is what they saw in the film,” Kak said.

“In the same way what they see in this film becomes the story of Kashmir.”