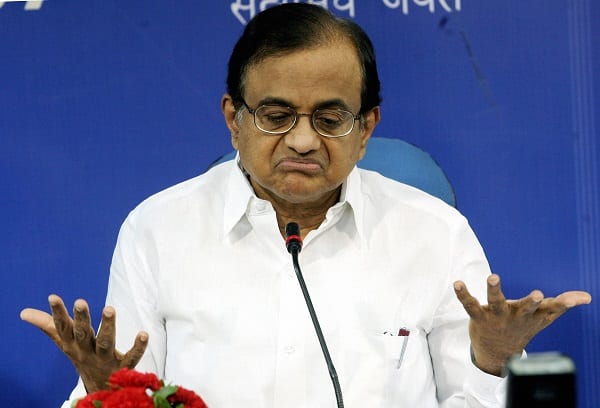 Chidambaram, 74, was arrested by Central Bureau of Investigation(CBI) officials from his Jor Bagh home here in a late night drama on August 21 (Photo: RAVEENDRAN/AFP/Getty Images).

FORMER finance minister P Chidambaram, who spent 2 months in custody of enforcement agencies and jail, was on Tuesday granted bail by the Supreme Court in the INX media corruption case filed by the CBI but he can’t walk free as he is currently under the ED’s custody in a related money laundering matter.

Chidambaram, 74, was arrested by Central Bureau of Investigation(CBI) officials from his Jor Bagh home here in a late night drama on August 21.

A city court on October 18 remanded the Congress veteran to the Enforcement Directorate’s (ED) custody till Thursday after multiple spells of CBI and judicial remand.
Setting aside the Delhi High Court’s September 30 verdict denying bail to Chidambaram, the apex court said he is neither a “flight risk” nor there is a possibility of “his abscondence from the trial”.

The court, however, made it clear its order will not have any bearing in any other proceedings.

The statement made by the CBI that Chidambaram has influenced witnesses and there was a likelihood of his further influencing them cannot be the ground to deny bail to him when there was “no such whisper” in six remand applications filed by the agency before the trial court, it said.

Rejecting the CBI contentions that Chidambaram tried to influence two material witnesses in the case, a bench headed by Justice R Banumathi said no details are available as to “when, where and how those witnesses were approached”.

“There are no details as to the form of approach of those two witnesses either SMS, e-mail, letter or telephonic calls and the persons who have approached the material witnesses.”

“The CBI has no direct evidence against the appellant(Chidambaram) regarding the allegation of appellant directly or indirectly influencing the witnesses,” said the bench also comprising justices A S Bopanna and Hrishikesh Roy in its 27-page judgement.

In the corruption case registered on May 15, 2017, the CBI alleged irregularities in a Foreign Investment Promotion Board (FIPB) clearance granted to the INX Media group for receiving overseas funds of Rs 3.05billion in 2007, during Chidambaram’s tenure as finance minister.

A Delhi court on Monday took cognisance of the charge sheet filed by the CBI last week against Chidambaram, his son Karti and 12 others. They have been accused of various offences including those under the Prevention of Corruption Act.

“The appellant is ordered to be released on bail if not required in any other case, subject to the condition of his executing bail bonds for a sum of Rs 100000 with two sureties of like sum to the satisfaction of the special judge (PC Act), CBI-06, Patiala House Courts, New Delhi,” the bench said, allowing Chidambaram’s appeal against the high court verdict.

The top court made it clear that Chidambaram will have to make himself available for interrogation as and when required by the CBI.

“It is made clear that the findings in this judgment be construed as expression of opinion only for the limited purpose of considering the regular bail in CBI case and shall not have any bearing in any other proceedings.”

The apex court dismissed the CBI plea challenging the findings of the high court which said Chidambaram was not a “flight risk” and there was no possibility of him tampering with the evidence.

The bench said since the high court has expressed its views on the merits of the matter in its September 30 verdict, they will not have any bearing either in the trial or in any other proceedings.

The top court noted in its judgement that the CBI has filed a charge sheet against Chidambaram and others in the case and other co-accused have already been granted bail.
“The appellant is not a ‘flight risk’ and in view of the conditions imposed, there is no possibility of his abscondence from the trial.”

The bench did not accept the contentions of Solicitor General Tushar Mehta, who had appeared for the CBI and had raked up the issue of persons accused in economic offences fleeing the country.

“At this stage itself, it is necessary for us to indicate that we are unable to accept the contention of the Solicitor General that ‘flight risk’ of economic offenders should be looked at as a national phenomenon and be dealt with in that manner merely because certain other offenders have flown out of the country,” it said.

“The same cannot, in our view, be put in a straitjacket formula so as to deny bail to the one who is before the court, due to the conduct of other offenders, if the person under consideration is otherwise entitled to bail on the merits of his own case,” it added.