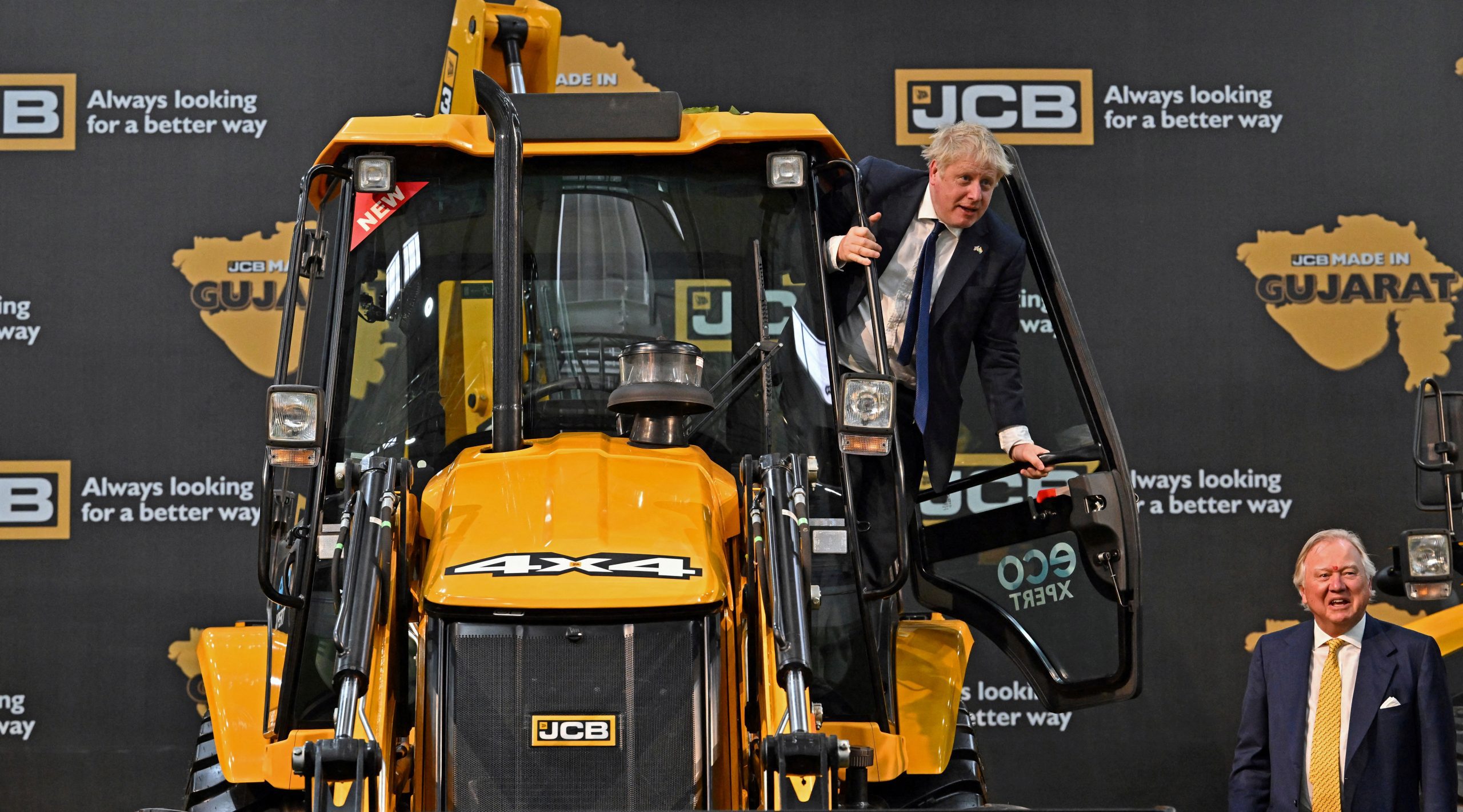 PRIME MINISTER Boris Johnson landed in Gujarat last Thursday (21) as he began his two-day India visit. He said he felt like Indian cricket star Sachin Tendulkar, as hundreds of people lined the streets and dozens of billboards depicted his image.

“I had an amazing reception,” he said. “My face was everywhere to be seen.”

However, the pomp and publicity that generally marks top world leaders’ visits to the south Asian country was conspicuously missing.

Johnson was received at the Ahmedabad airport by Gujarat chief minister Bhupendra Patel and governor Acharya Devvrat. It was in stark contrast with the welcome given to Chinese leader Xi Jinping in 2014 and US president Donald Trump in February 2020 who were both received by prime minister Narendra Modi when they began their India visits from Gujarat.

Modi also personally received former Israeli prime minister Benjamin Netanyahu and former Japanese premier Shinzo Abe and accompanied them throughout their tour programmes in the western Indian state where he is from. Gujarat, where Modi was a three-times chief minister, was a significant stop for Johnson as almost half of the Indian diaspora in the UK have their roots in the state.

Modi left Gujarat on Wednesday (20) evening and chose to receive the British leader in New Delhi on Friday (22).

While visuals of Modi and Jinping lounging in a swing in Ahmedabad set social media abuzz a few years ago, the razzmatazz surrounding Trump’s stay in Gujarat in 2020 has perhaps been unmatched by any other foreign leader in India.

Sandeep Shastri, a noted analyst, attributed the relatively tepid response to Johnson’s visit to the “history of tensions” between the two governments on a range of issues.

He cited the restrictions the British government imposed on Indian travellers during the pandemic as an example.

“The UK has also not been very sensitive to Indian perspectives during Covid-19,” Shastri told Eastern Eye.

Johnson’s predecessor Theresa May’s state visit in 2016 was also a low-key affair. India is also at odds with the UK and other western powers amid the Russian invasion of Ukraine.

While the US-led NATO member states – including Britain – have unleashed a barrage of sanctions on Russia, India has stepped up its oil imports from Moscow, saying its “independent foreign policy” is shaped by its needs.

India has urged cessation of violence while refusing to explicitly condemn Russia, and has abstained on Western-backed United Nations resolutions censuring Moscow.

As Johnson went ahead with his first India trip as the prime minister, the fallout of recent communal riots in the country and last Wednesday’s (20) demolition drive in the national capital dominated Indian media.

Social media response to his visit also remained muted. However, Johnson described his visit as “fantastic”.

“It’s fantastic to be in India, the world’s largest democracy. I see vast possibilities for what our great nations can achieve together. Our powerhouse partnership is delivering jobs, growth and opportunity. I look forward to strengthening this partnership in the coming days”, Johnson tweeted. “I was honoured to follow in the footsteps of millions in visiting the Gandhi Ashram in Ahmedabad today. As the world faces renewed conflict, Mahatma Gandhi’s teachings remind us of the power of peace in changing the course of history”, he said in another tweet with a photo of him showing him placing a garland around a statue of Gandhi.