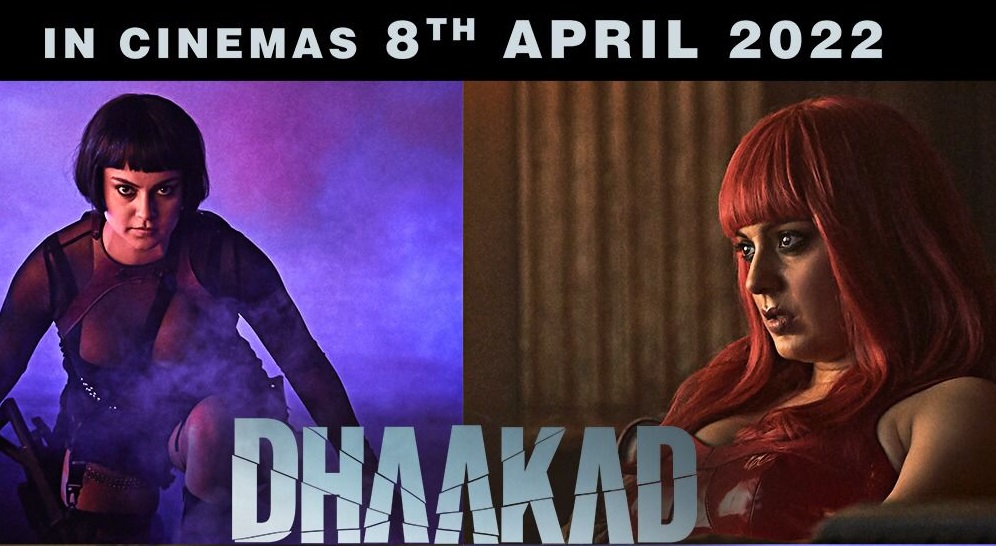 Kangana Ranaut is ready to set the screens on fire once again with her next film Dhaakad. Directed by Razneesh Ghai, the action entertainer will arrive in theatres on April 8, 2022. Mounted on a huge scale, Dhaakad is Bollywood’s first high octane spy thriller led by a female superstar. It is also India’s most expensive film led by a woman.

Aside from Ranaut, the film also features Arjun Rampal and Divya Dutta in important roles. The Thalaivii (2021) actress plays the role of Agent Agni in the film that has the leading lady take on the layered subject of child trafficking and exploitation of women. Shot in Bhopal, Budapest and Mumbai, the film’s first look sets the tone for a gory, gritty, pacy thriller.

Talking about the release date, Ranaut says, “Dhaakad is the kind of film that’s best relished on the big screens. It’s a deeply stirring subject and we have made it on a scale that only theatres could do justice to. The layered story at the heart of it needs to reach out to the masses and I am certain, the film will speak to women across the board. I can’t wait for the audience to meet Agent Agni on April 8.”

Director Ghai adds, “Dhaakad is a special movie that will always have my heart. As a team, we wanted to put our best foot forward. My intent was to ensure that Dhaakad stood at par with international action films. Our producers were a strong pillar of strength for us throughout. It was an incredibly challenging film to make. I am so thrilled for the audience to experience the rage and fury of Agni.”

Leading lady Kangana Ranaut’s look from the film was launched along with the release date at producer Deepak Mukut’s birthday party at an event in Juhu. The proud producer Mukut says, “It was important for us to redefine industry norms with this film. A woman shouldering a film of this nature and this budget sets a new standard in Bollywood. I am so excited that the world will experience a film we have been living with for years now. We have done our best to make sure it’s a world class product and my actors and director made sure that we don’t settle for less.”

Producer Sohel Maklai says, “We had a grand vision of a film and we couldn’t have asked for a better team to make this extravagant film. Kangana has done a masterful job. It’s the kind of cool, slick action film that will change the face of women-led action movies in Bollywood. It’s entertainment galore and I hope people enjoy watching the film as much as we enjoyed making it.”