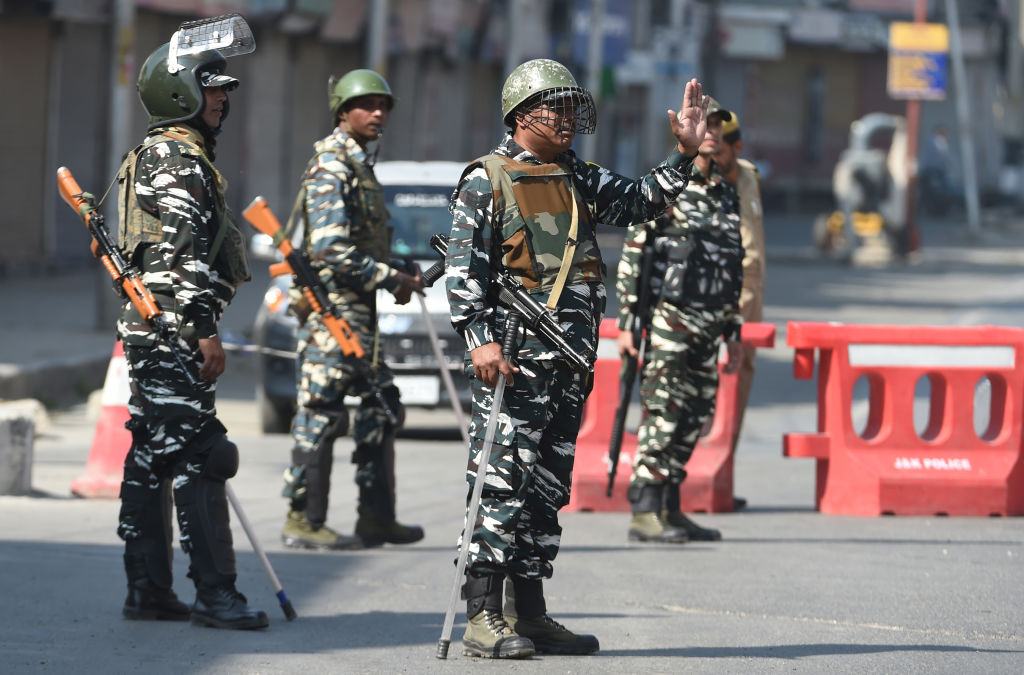 INDIAN forces in Kashmir killed two militants on Wednesday (15), one them suspected of gunning down a bank manager this month, police said, part of a stepped-up counter-insurgency effort that has triggered an exodus from the Muslim-majority region.

India has been fighting an Islamist separatist insurgency in Kashmir since the late 1980s. Muslim Pakistan also claims the region over which the nuclear-armed neighbours have fought two of their three wars.

“Indian troops killed two militants this morning in a gun battle, one of them, Jan Mohammad Lone, was involved in the killing of a bank manager,” said Vijay Kumar, the police chief of Kashmir.

Militants entered a branch of the Ellaquai Dehati Bank in Kulgam town this month and killed the manager, who came from the desert state of Rajasthan, and had only been posted to the branch four days earlier.

A little-known militant group called the Kashmir Freedom Fighters claimed responsibility for the attack, warning outsiders not to settle in the Kashmir Valley.

At least 16 people – both Hindu and Muslims – have been killed in targeted attacks in Kashmir this year.

Kumar said troops were tracking militants and had killed eight involved in killings in recent weeks.

At least 104 militants have been killed in Kashmir this year, double the toll in the same period last year, he said.

India accuses Pakistan of backing the militants fighting but Pakistan denies, that saying it only offers political support to fellow Muslims who Pakistan says are being suppressed by Indian security forces.

Rattled by the killings, scores of Hindu families, including some from the minority Kashmiri Pandit community, have been fleeing Kashmir in recent days.

The region’s top government official, Lieutenant Governor Manoj Sinha, has tried to assure Kashmiri Pandits of measures for their security.

As part of the crackdown, the government ordered 300 schools affiliated with the banned Jamat-e-Islami group to shut on Tuesday, telling pupils to report to government schools.