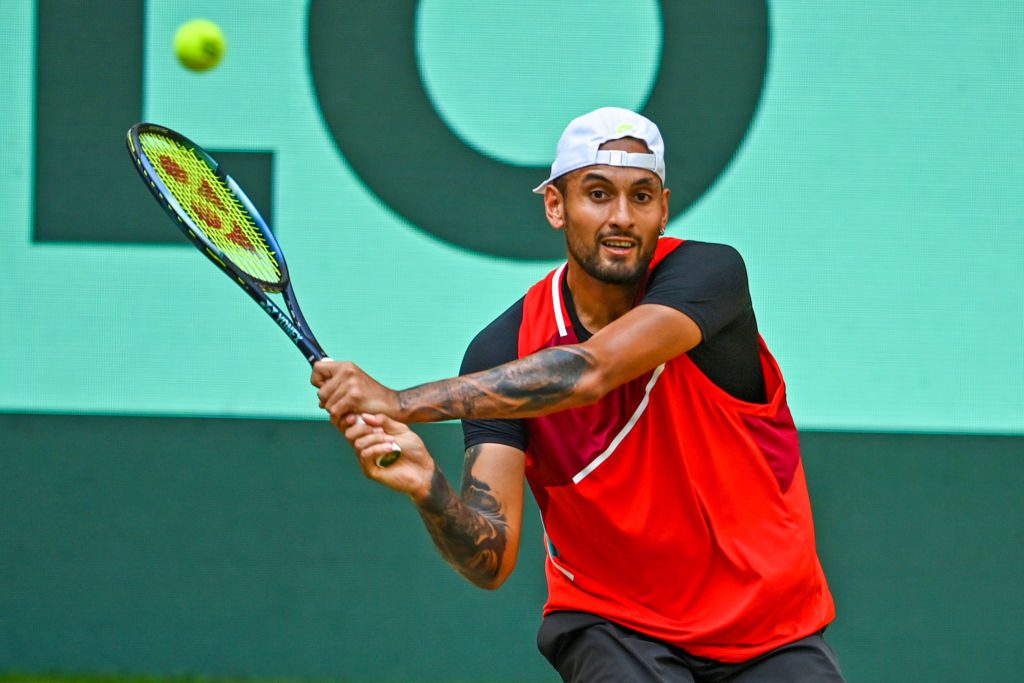 Nick Kyrgios could finally be ready to deliver on the promise he has flashed throughout his turbulent career when he brings his powerful game to the grass courts of Wimbledon next week, tennis great Chris Evert said.

While the hugely talented Australian often bamboozles opponents with an array of incredible shots, his antics on the court and run-ins with umpires have often dominated the headlines and he has yet to win a Grand Slam singles title.

Evert, who last month finished chemotherapy for stage one ovarian cancer, said she has been impressed by what she has seen from the 27-year-old.

“I’ve been watching him a lot since I’ve been bedridden with COVID,” Evert told reporters on a video call on Wednesday.

“I feel like since the Australian Open, where he won the doubles title and he had that match with Medvedev, something clicked in him because lately when I see him play, he seems more committed in his game.

“Yes, we still see the occasional arguing with the umpire, but it’s not happening as much. He seems fitter and like he has belief in himself now.”

Evert said that while his talent had never been in doubt it was his commitment to the game that has been questioned.

“When everyone said, ‘Why isn’t it happening, he’s lazy’ and they criticized Nick, I always said it will come in his own time. When he wants it, it’s all his … and it seems like it is getting nearer to that time.”

Evert’s ESPN colleague and fellow former world number one John McEnroe was more skeptical and questioned whether Kyrgios had the conditioning to win seven best-of-five-set matches.

Kyrgios came back from a set down to beat Serbia’s Laslo Djere 5-7 7-6(1) 7-6(1) at the Mallorca Championships on Tuesday before withdrawing from the tournament due to pain in his abdominal muscle. Read full story

“I don’t know if it’s because he actually injured his stomach or because he had played what for him is a lot of matches recently,” McEnroe said.

One area where Kyrgios had shown improvement was his movement, he added.

“Nick is obviously great for the game so if he can go out and give that 100% effort, we’ll all be better for it.”

A Wimbledon without Federer, McEnroe looks on the bright side