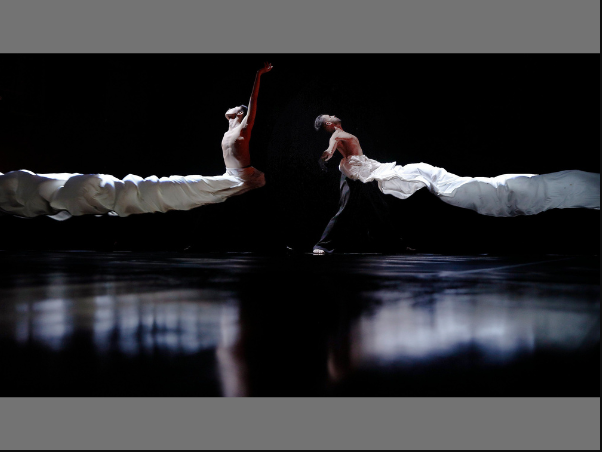 Aakash Odedra Company’s epic new dance work ‘Samsara’ was recently premiered at the Edinburgh International Festival to a host of 5-star reviews and now the work, which speaks a powerful story of cultural exchange and shared philosophy, is set to have its London premiere at Sadler’s Wells Theatre on October 17 and 18, marking the Leicester-based company’s debut there.

‘Samsara’ — a Sanskrit word for the cycle of birth, death and rebirth — is a collaboration between Aakash Odedra and Hu Shenyuan, two of the world’s finest exponents of dance from their countries of origin, India and China, respectively. It is commissioned by Bagri Foundation, a UK registered charity.

It takes as its starting point Wu Cheng’en’s 16th-century Chinese novel ‘Journey to the West’, one of the four great classical novels of Chinese literature.

It goes on to the story of the legendary pilgrimage to India undertaken by the monk, Xuanzang, returning to China with the central tracts of Buddhist philosophy. Many monks followed in Xuanzang’s footsteps and their journeys were both literal and metaphorical, physical and spiritual.

Eventually, they come together in a series of exquisitely-patterned virtuoso duets of challenge, reflection and exchange.

‘Samsara’ is directed by Odedra and the dramaturgy is by Lou Cope.

Odedra has attracted global attention for his virtuoso Kathak performances and his contemporary choreography.

One of the outstanding dancers of his generation in China, Hu was the standout performer in Yang Liping’s ‘Under Siege’ in 2016 – when Odedra first saw him and decided to work with him.

The pair met in Shanghai in 2017 and, with no mutual spoken language, went on to create ‘Samsara’ together.

‘Samsara’ has been made possible by the generous support of the Bagri Foundation, a family foundation dedicated to promoting the arts and culture of Asia.

Aiming to challenge, engage and inspire, it gives artistes and experts from across Asia, or those inspired by the continent, wider visibility on the global stage and supports a diverse programme of film, visual arts, music, dance, literature, courses and lectures.