Lutfur Rahman will be under scrutiny: ex-mayor of Tower Hamlets 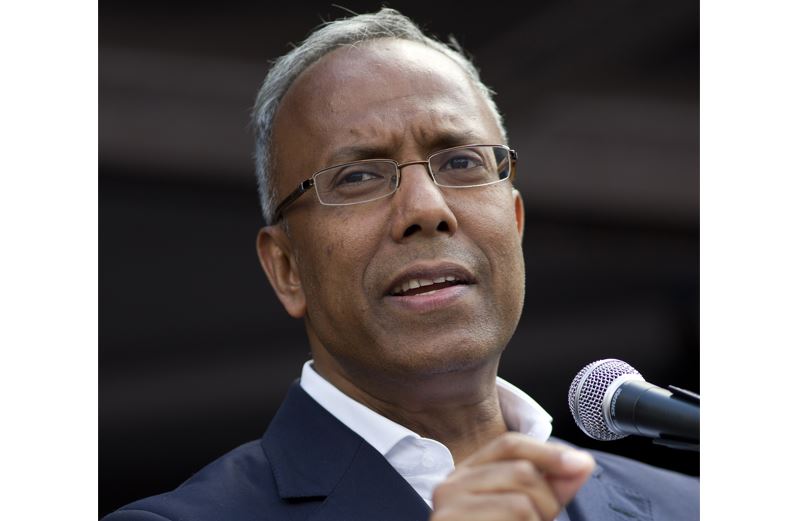 NEWLY elected Tower Hamlets mayor Lutfur Rahman should deliver on his promises, his predecessor John Biggs of the Labour party said while expressing concern over “divisive community politics” in the London borough.

Rahman was stripped of the mayoral position in 2015 and banned from holding political office for five years after an elections court found him guilty of “corrupt and illegal practices” – though he was never found guilty in a criminal court.

His new political party, Aspire, delivered a shock blow to Labour after winning control of Tower Hamlets Council, while Rahman himself won the mayoralty from Biggs.

During the campaigning for the last week’s council election, Aspire apparently focussed on British Bangladeshis who make up nearly a third of Tower Hamlets population, slightly higher than the number of “white British” residents.

“We’re potentially quite a divided community. We totally get on quite well together in Tower Hamlets but his campaign was totally focused on one community. His administration is 25 men, all from one community,” Biggs told the BBC.

“I guess that’s worrying but it shouldn’t be worrying because we’re in a multicultural community and everyone should stand up for everyone else, which is what we have tried to do in the Labour Party.”

Rahman, who was elected on a manifesto should deliver on his promises, Biggs said, adding that the newly elected mayor would be watched “like a hawk”.

However, Rahman’s spokesman hit back at Biggs, saying his “divisive remarks illustrate why the electorate considered him unfit to lead a multicultural borough…”

Rahman had pledged to scrap controversial Low Traffic Neighbourhoods in Tower Hamlets, freeze council tax in the borough for four years and introduce tough new measures to protect tenants in the private rented sector, according to an LRDS report.

After his victory, Rahman had said in a statement: “As previously, you have rejected the false allegations and embraced my transformative programme, on housing, on education, and the cost of living crisis. Let’s get to work rebuilding our borough and our children’s future.”

The result in Tower Hamlets capped off a mixed bag of results in London for Labour.

Keir Starmer’s party had been elated after winning control of the Tory strongholds of Westminster, Wandsworth and Barnet in the early hours of May 6. But over the weekend Labour went on to lose control of Harrow to the Conservatives and Tower Hamlets to Aspire.