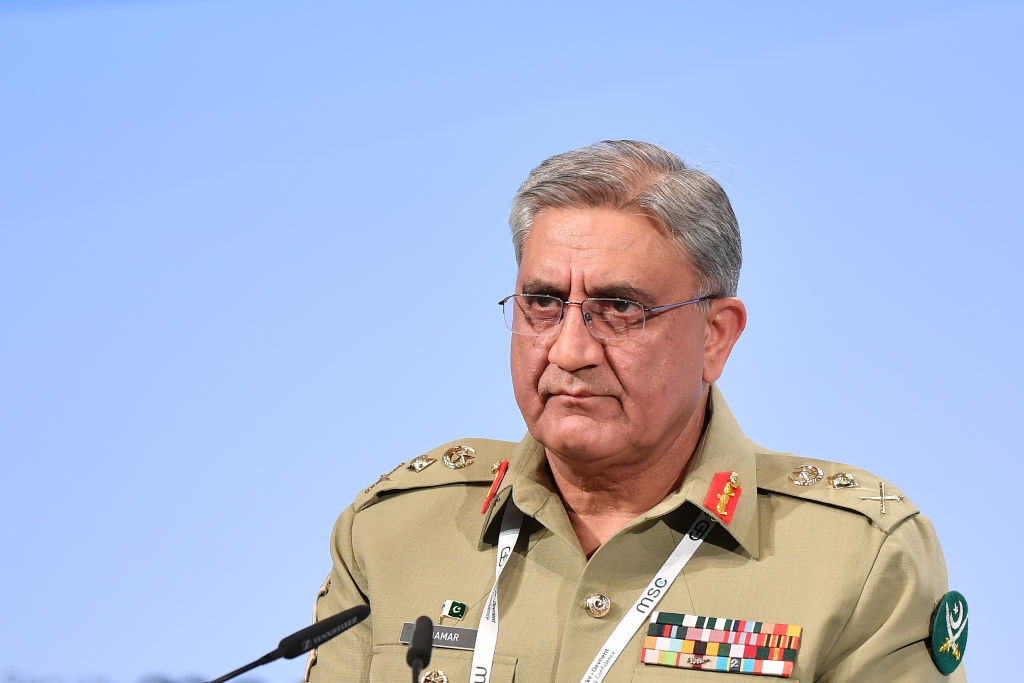 Pakistan’s outgoing Army Chief General Qamar Javed Bajwa confessed that the military establishment was involved in politics and said that the Army has decided to stop “interfering in politics,” Dawn reported.

While addressing the Defence and Martyrs Day ceremony in the capital Islamabad, the Army Chief said that armies around the world are seldom criticized “but our army is often subjected to criticism.” “I think the reason for that is the army’s involvement in politics. That is why in February, the army decided to not interfere in politics,” he said.

“Many sectors subjected the army to criticism and used inappropriate language,” he said. “To criticise the army is the right of (political) parties and the people, but the language used (should be careful).”

Mr Bajwa started the ceremony by saying that this is his last address as the army chief. “I am retiring soon. This time, this (ceremony is being held) after some delay,” Dawn quoted Army Chief as saying.

The army chief is set to retire by the end of the month.

The Defence and Martyrs Day ceremony is held annually at the General Headquarters (GHQ) Rawalpindi on September 6 to commemorate the sacrifices of fallen heroes of the 1965 war. However, it was postponed this year in solidarity with flood victims across the country.

He said the army had initiated its process of “catharsis” and expected that political parties would follow suit as well and reflect on their behaviour.

The COAS said that lessons should be learned from such mistakes so the nation could move forward, according to Dawn.

Gen Bajwa said the country was facing “serious economic” issues and no one party could take the country out of the financial crisis.

“Political stability is mandatory and the time has come for all political stakeholders to set aside their ego, learn from past mistakes, move forward and take Pakistan out of this crisis,” he added.

Pakistan is all set to select the new Army Chief. In the latest development in the selection of the Army Chief, the Pakistan government confirmed that it had received the summary from the Ministry of Defence with a “panel of names” for the appointment of the new chief of army staff.

Besides the government, the Pakistan Army also confirmed that it had sent the names of six top lieutenant generals for the appointment of the new Chief of the Army Staff (COAS) and the chairman of the joint chiefs of staff committee (CJCSC).