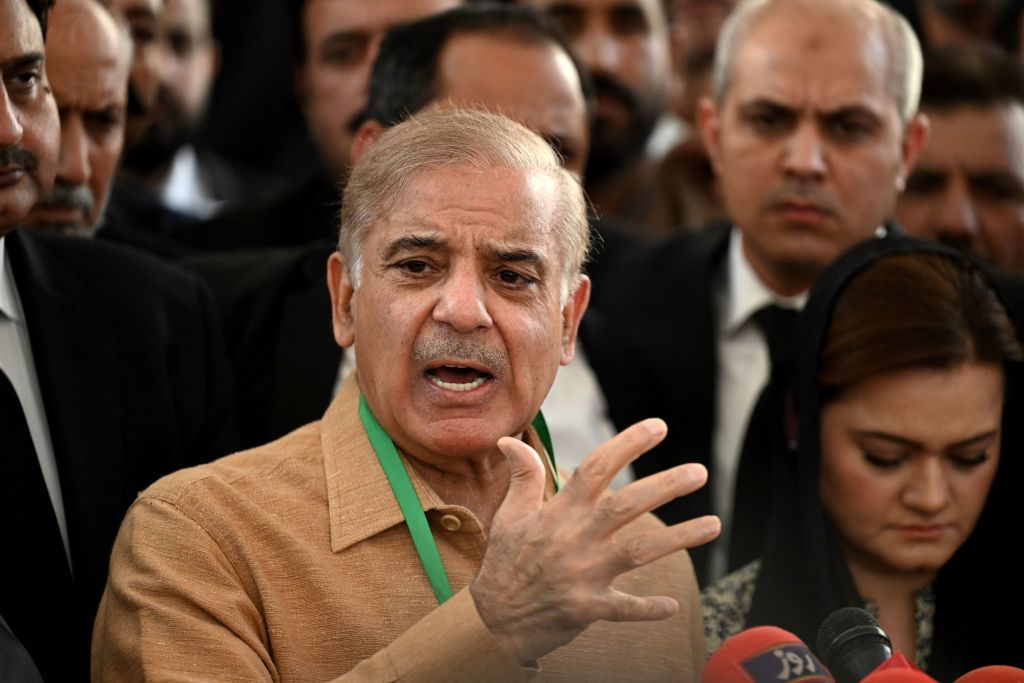 POLITICAL turmoil intensified in Pakistan after the country’s supreme court adjourned on Tuesday (5) without ruling on the legality of political manoeuvres that led prime minister Imran Khan to dissolve the national assembly and call fresh elections.

Former cricket star Khan lost his parliamentary majority last week and faced a no-confidence vote tabled by a united opposition that he was expected to lose last Sunday (3).

However, the deputy speaker of parliament, a member of Khan’s party, threw out the motion, ruling it was part of “a foreign conspiracy” and unconstitutional.

The stand-off has thrown the country of 220 million people into a full-blown constitutional crisis.

The court, which was scheduled to resume on Wednesday (6) after Eastern Eye went to press, must decide if the deputy speaker of the assembly violated the constitution by refusing to allow a no-confidence vote against Khan last weekend.

Had the vote taken place Khan was certain to have been booted from office, but the move allowed him to get the presidency – a largely ceremonial role held by a loyalist – to dissolve parliament and order an election, which must be held within 90 days.

President Arif Alvi upped the ante on Tuesday by issuing a letter to the opposition saying if they didn’t nominate a candidate for interim prime minister, the process would continue without them.

“The main issue is that the constitution has been abrogated,” he told reporters outside the court.

“If we don’t get a remedy then Pakistan will, God forbid, become a banana republic.”

The supreme court is ostensibly independent, but rights activists say previous benches have been used by civilian and military administrations to do their bidding throughout Pakistan’s history.

The panel of five judges has not said when it might give a ruling.

“Our concern is about the legality of the ruling of the speaker,” Chief Justice Umar Ata Bandial said at the hearing. “We don’t want to indulge in policy matters.”

“This is not just a matter of procedure, but it is in negation of parliamentary democracy,” he told the court.

The hearing was adjourned on Tuesday after legal arguments against the move were concluded. The court was scheduled to hear from Khan’s team on Wednesday.

Judges could order that parliament be reconstituted, call for a new election or bar Khan from standing again if he is found to have acted unconstitutionally.

The court could also decide that it cannot intervene in parliamentary affairs.

Lengthy legal proceedings would create a power vacuum with implications for issues such as talks with the International Monetary Fund to secure funds to support the cash-strapped economy.

There had been high hopes for Khan when he was elected in 2018 on a promise of sweeping away decades of entrenched corruption and cronyism, but he has struggled to maintain support with soaring inflation, a feeble rupee and crippling debt.

Khan said the opposition had gone too far by colluding with the United States for “regime change”.

The cricket star-turned-politician says Western powers want him removed because he won’t stand with them against Russia and China, and the issue is sure to ignite any forthcoming election.

Washington has denied any interference. Khan was for years critical of the US involvement in Afghanistan.

Pakistan’s security agencies have not found credible evidence to confirm Khan’s complaint of a foreign conspiracy, an official with knowledge of the matter, who declined to be identified, told Reuters.

On paper, and pending any court decision, Khan will remain in charge until an interim government is formed to oversee elections.

It is unclear when the court will rule on the issue – or if Khan would even accept its decision – but there is precedent.

In 1988, Muhammad Khan Junejo appealed to the court after the assembly was dissolved by then-president General Zia-ul-Haq, who had taken power in a military coup years earlier.

It agreed his government had been dissolved unconstitutionally, but ruled that since elections had been announced anyway it was best to move on.

In 1993, the court ruled president Ghulam Ishaq Khan had also illegally dissolved the assembly – then with Nawaz Sharif as prime minister.

Although the government resumed business, it lasted less than two months before being dissolved again.

“The best option in this situation are fresh elections to enable the new government to handle economic, political and external problems faced by the country,” said Talat Masood, a general-turned-political analyst.

As the opposition scrambled to react, Khan taunted them on Twitter.

“Astonished by the reaction,” he tweeted, adding the opposition had been “crying hoarse” about the government failing and losing the support of the people.

“So why the fear of elections now?”

Pakistan has been wracked by political crises for much of its 75-year existence, and no prime minister has ever seen out a full term.

Sharif, the opposition candidate likely to replace Khan as prime minister should the court rule against Khan, told media that he had urged army and intelligence chiefs to look into Khan’s accusation.

Political analysts say the military viewed Khan and his conservative agenda favourably when he won a general election in 2018 but the generals’ support has since waned.

Khan denied ever having the backing of the military and the military says it has no involvement in the political process.

Publicly the military appears to be keeping out of the current fray, but there have been four coups since independence in 1947 and the country has spent more than three decades under army rule.