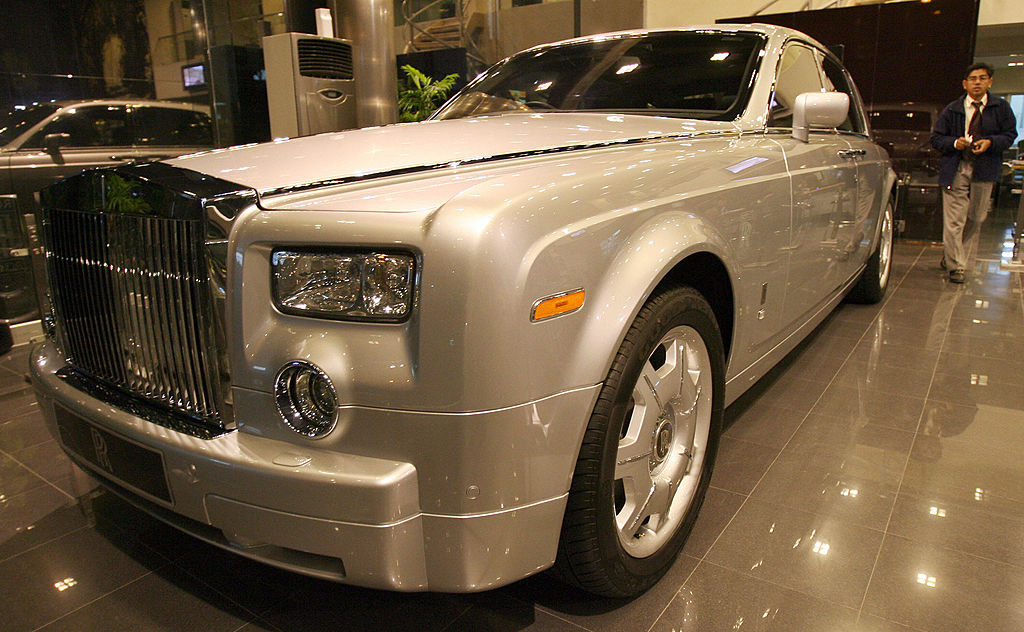 Lahore, PAKISTAN: A Pakistani customer walks past a Rolls-Royce Phantom in the country’s first Rolls-Royce showroom in Lahore, 24 November 2006. The first Rolls-Royce showroom has opened in Pakistan to sell the exclusive symbol of luxury to a growing clientel in the South Asian country. Dewan Motors, which also sells cars from the company’s parent firm BMW, opened the dealership in the eastern cultural hub of Lahore , it said. AFP HOTO/Arif ALI (Photo credit should read Arif Ali/AFP via Getty Images)

Pakistan has permitted the import of 2200 luxury vehicles in the first six months of the current fiscal year, despite the country being trapped in strict foreign exchange control even for imports of essential consumer items and industrial goods, Dawn reported.

Due to the strict foreign exchange control, the piling of containers containing different consumer and industrial products touched almost 8,500 in the first half of this year at ports in Pakistan, Dawn cited an official source. According to customs data, more than 95 per cent of 8500 containers have been held up at ports due to the non-opening of letters of credit (LCs). As per the news report, these containers had consumer goods, industrial goods, pharmaceuticals and perishable products. However, imports of used luxury cars are being swiftly cleared at ports.

The import of three years old luxury vehicles witnessed a rise in the first six months of the current fiscal year. Around 1,990 vehicles were imported in Pakistan between July and December 2022, according to the Dawn.

The import of these vehicles is permitted only for overseas Pakistanis. However, the facility is being misused by importers who give around Pakistani Rupees (PKR) 10 million (£35,090) in the case of SUVs to passport owners.

The revenue collection on the import of used vehicles stood at PKR 7 billion (£24.6 million) during the first half of the current fiscal year, as per the Dawn report.

Citing a senior customs official, the report said that most of these vehicles were imported between July-September while imports of a small number of vehicles were seen between October-December.