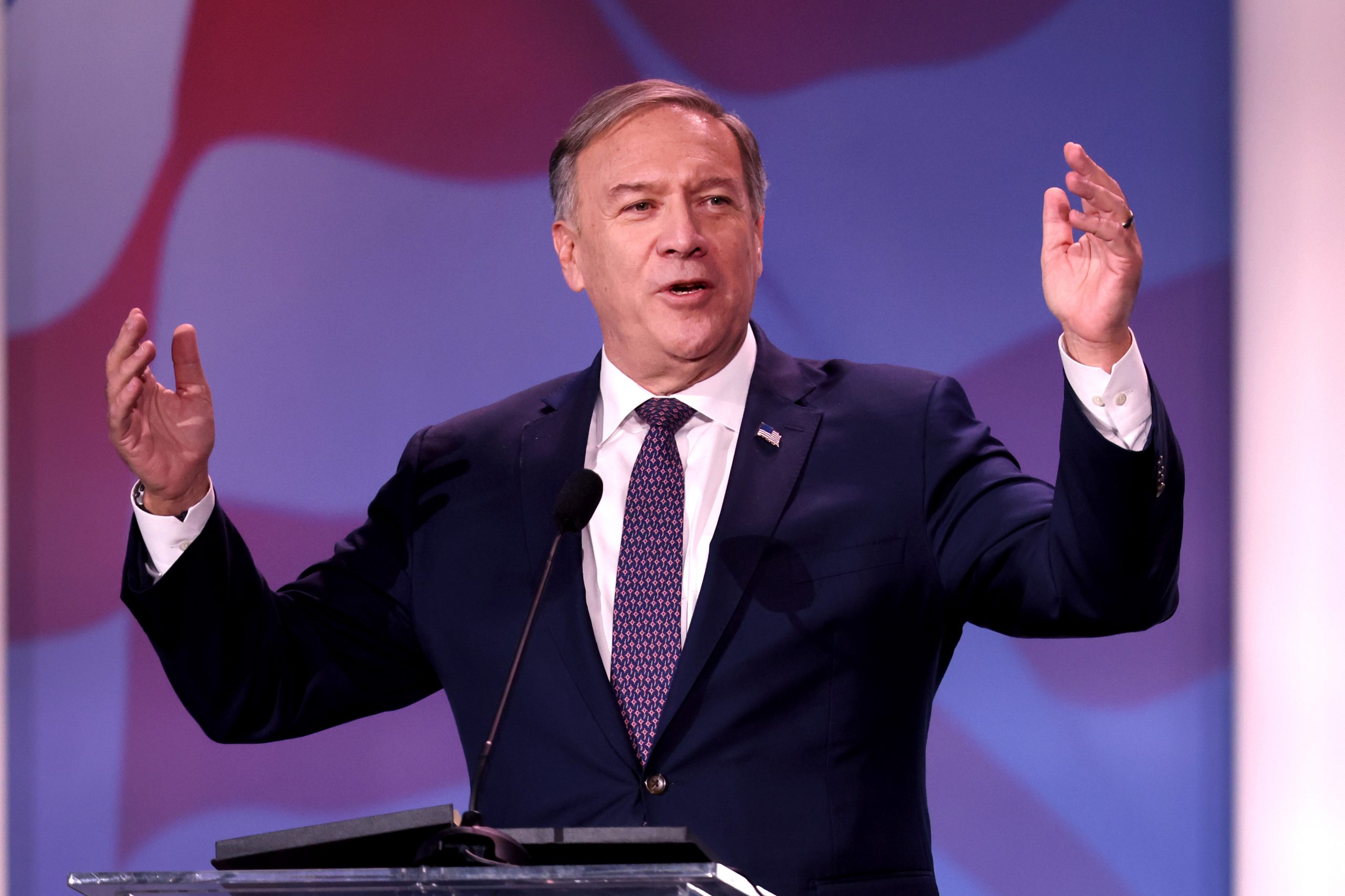 Former US Secretary of State Mike Pompeo has claimed that he was awakened to speak to his then-Indian counterpart Sushma Swaraj who told him that Pakistan was preparing for a nuclear attack in the wake of the Balakot surgical strike in February 2019 and India is preparing its own escalatory response.

In his latest book ‘Never Give an Inch: Fighting for the America I Love’ that hit the stores on Tuesday, Pompeo says that the incident took place when he was in Hanoi for the US-North Korea Summit on February 27-28 and his team worked overnight with both New Delhi and Islamabad to avert this crisis.

“I do not think the world properly knows just how close the India-Pakistan rivalry came to spilling over into a nuclear conflagration in February 2019. The truth is, I don’t know precisely the answer either; I just know it was too close,” Pompeo writes.

India’s warplanes pounded a Jaish-e-Mohammed terrorist training camp in Balakot in Pakistan in February 2019 in response to the Pulwama terror attack that killed 40 CRPF jawans.

“I’ll never forget the night I was in Hanoi, Vietnam when – as if negotiating with the North Koreans on nuclear weapons wasn’t enough – India and Pakistan started threatening each other in connection with a decades-long dispute over the northern border region of Kashmir,” Pompeo says.

“After an Islamist terrorist attack in Kashmir- probably enabled in part by Pakistan’s lax counterterror policies – killed forty Indians, India responded with an air strike against terrorists inside Pakistan. The Pakistanis shot down a plane in a subsequent dogfight and kept the Indian pilot prisoner,” he said.

“In Hanoi, I was awakened to speak with my Indian counterpart. He believed the Pakistanis had begun to prepare their nuclear weapons for a strike. India, he informed me, was contemplating its own escalation. I asked him to do nothing and give us a minute to sort things out (sic),” Pompeo writes in his book, which wrongly refers to Swaraj as “he”.

“I began to work with Ambassador (then National Security Advisor John) Bolton, who was with me in the tiny secure communications facility in our hotel. I reached the actual leader of Pakistan, (Army chief) General (Qamar Javed) Bajwa, with whom I had engaged many times. I told him what the Indians had told me. He said it wasn’t true,” Pompeo says.

“As one might expect, he believed the Indians were preparing their nuclear weapons for deployment. It took us a few hours – and remarkably good work by our teams on the ground in New Delhi and Islamabad – to convince each side that the other was not preparing for nuclear war,” the 59-year-old top former American diplomat wrote in his book.

There was no immediate comment from the Ministry of External Affairs on Pompeo’s claims.

“No other nation could have done what we did that night to avoid a horrible outcome. As with all diplomacy, the people working on the problem set matter a great deal, at least in the short run. I was fortunate to have great team members in place in India, none more so than Ken Juster, an incredibly capable ambassador. Ken loves India and its people,” he said.

“And, most of all, he loves the American people and worked his tail off for us every day. My most senior diplomat, David Hale, had also been the US ambassador to Pakistan and knew that our relationship with India was a priority,” Pompeo said.

“General McMaster and Admiral Philip Davidson, the head of what came to be renamed the US Indo-Pacific Command, understood India’s importance, too,” he said.

“Although often frustrated by the Indians, US trade representative Robert Lighthizer – a brilliant trade negotiator and a Bob Dole staff alumnus, making him a near-Kansan – was a great partner working to deepen economic ties. We all shared the view that America had to make a bold strategic effort to tighten our ties with India and break the mold with new ideas,” Pompeo writes in his book.