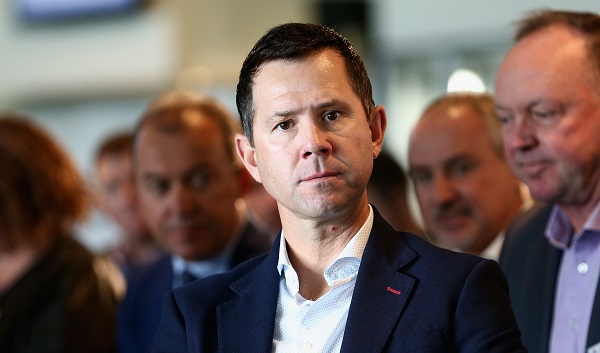 RISHABH PANT’S exclusion from India’s World Cup squad could prove to be a big gain for Delhi Capitals in the ongoing Indian Premier League (IPL), the franchise’s head coach Ricky Ponting has said.

“I had a quick chat with him (Pant) on Monday night, and he seems to have taken it quite well,” Australia’s former World Cup-winning captain Ponting told reporters.

“He is obviously disappointed as he would have loved to be in the squad as a lot of other players would have as well. But the thing with him that he has to remember and we all have to remember is that he is still pretty young.

“He will have the opportunity to potentially play in three or four more World Cups over the course of his career.”

Famed for his swashbuckling batting, Pant impressed in the test series in England and Australia and is perceived as a long-term replacement for Dhoni when the 37-year-old decides to quit limited-overs formats.

Ponting advised Pant to take the World Cup snub positively and concentrate on scoring heavily for his IPL franchise.

“But what might be a negative thing for him to not get picked in the Indian team, might turn out to be a very positive thing for the Delhi Capitals as he can totally focus on playing his best cricket for us,” Ponting said.

“Like I said a few games ago, he is a match-winner and I’m sure he will come back strongly to win more matches for us. It is important that he focuses on the little things on the field that make him a really good player for us.

“There is nothing he can do now to get into that World Cup team, but he can definitely help the Delhi Capitals win some matches in the coming days which will help him boost his confidence for the future as well.”

Pant’s team are currently second in the IPL standings with 10 points from nine matches while champions Chennai Super Kings top the leaderboard with 14 from 10.