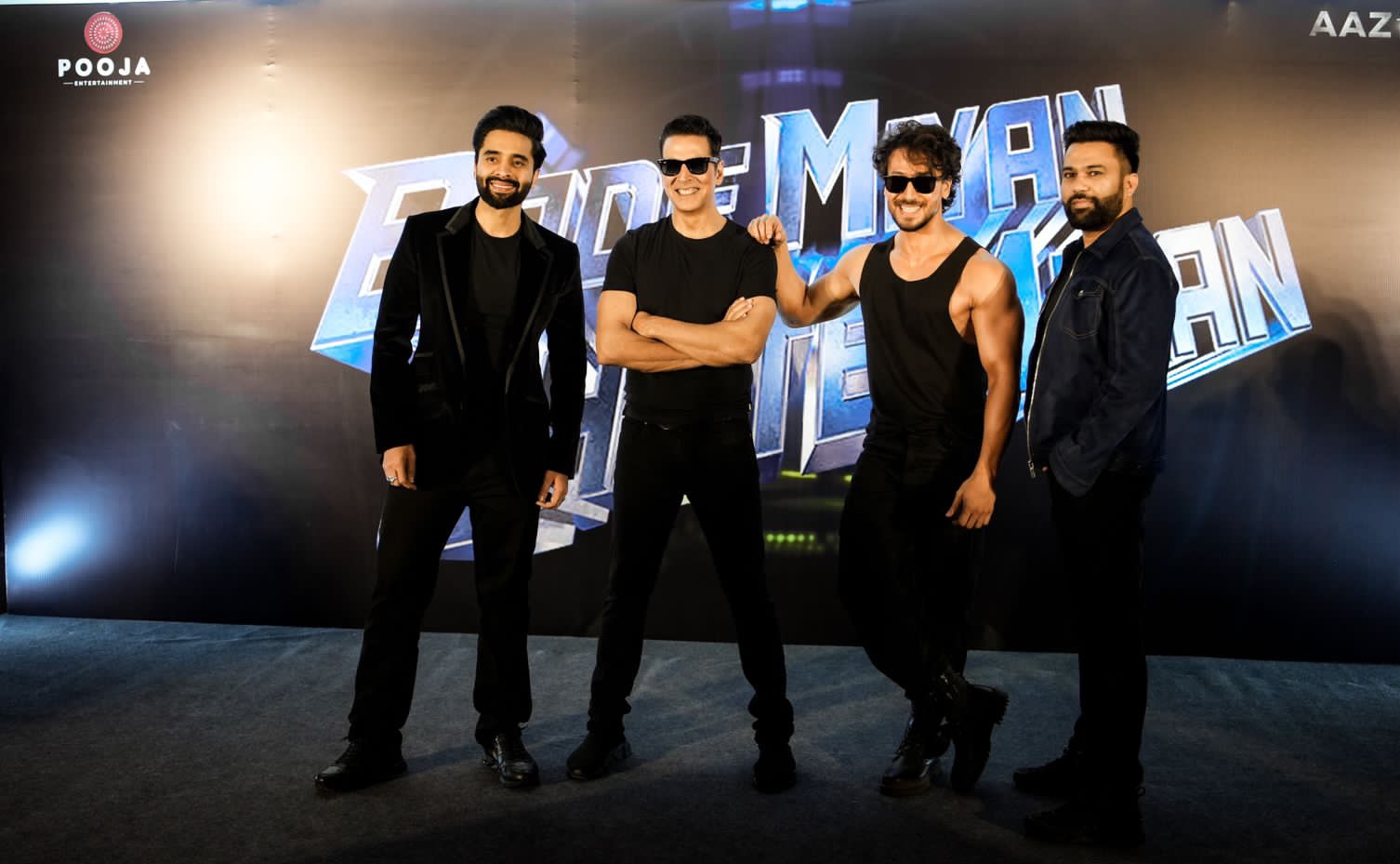 There has been a lot of buzz around Pooja Entertainment’s upcoming massive action entertainer Bade Miyan Chote Miyan. The film brings together two of the biggest action heroes of Bollywood, Akshay Kumar, and Tiger Shroff, a combination that will surely be a delight for audiences. Prithviraj Sukumaran joins this spectacle as he brings on board his acting prowess as the powerful antagonist.

The film to be directed by Ali Abbas Zafar is set up on a massive scale with never-seen-before action sets, a crew from all over the world, specialised technology and equipment.

After months of extensive prep, BMCM kicked off with a big auspicious Mahurat with producers, the entire cast and crew, and well-wishers from the film world who were part of this exciting moment.

Having shared his excitement about the Mahurat shot, the Producer Vashu Bhagnani posted on Instagram, ”

This Pooja Entertainment action entertainer is set to release in cinemas in Dec 2023.

Vijay and Lokesh Kanagaraj’s next titled Leo; first teaser out

Vishal Bhardwaj on shooting Fursat on iPhone: ‘I’ve been wanting to do a…

Is Marvel planning to cast Dev Patel in its Fantastic Four reboot? Here’s…