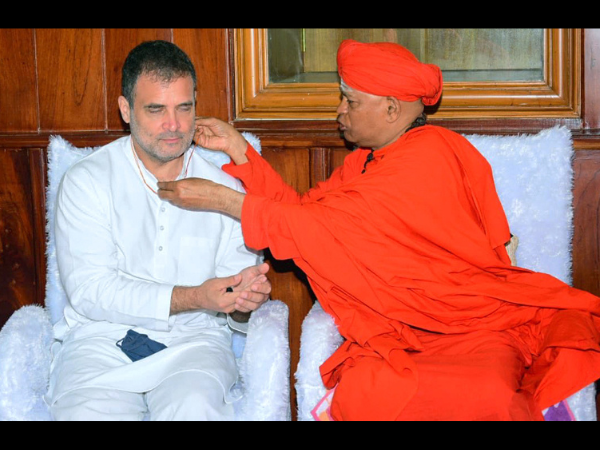 Former Indian National Congress president Rahul Gandhi on Wednesday (3) got initiated into the Lingayat sect by the seer of Muruga Mutt in Chitradurga, the headquarters of the Chitradurga district in the southern Indian state of Karnataka in the presence of various party leaders.

After a conversation with Lingayat seers of various mutts, the seer of Muruga Mutt, Shivamurthy Muruga Sharana initiated Gandhi into Lingayat sect.

It is an absolute honour to visit Sri Jagadguru Murugharajendra Vidyapeetha and receive the 'Ishtalinga Deekshe' from Dr. Sri Shivamurthy Murugha Sharanaru.

The teachings of Guru Basavanna are eternal and I am humbled to learn more about it from the Sharanaru of the Math. pic.twitter.com/5Dgj53roSp

The dominant Lingayat sect was founded in the 12th century by social reformer and poet Basaveshwara, who has a huge following in Karnataka and some neighbouring regions of the state such as Maharashtra, Telangana, Andhra Pradesh and Tamil Nadu.

Incumbent Karnataka chief minister Basavaraj Bommai and his predecessor BS Yeddiyurappa hail from the sect, which is particularly dominant in north Karnataka.

Gandhi’s initiation into the sect took place less than a year before the next assembly elections in Karnataka which is ruled by the Bharatiya Janata Party.

How a US agency is helping Indian cops to tackle child sex abuse,… 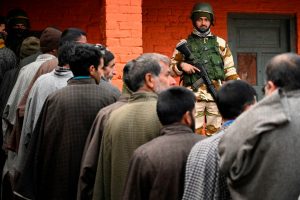