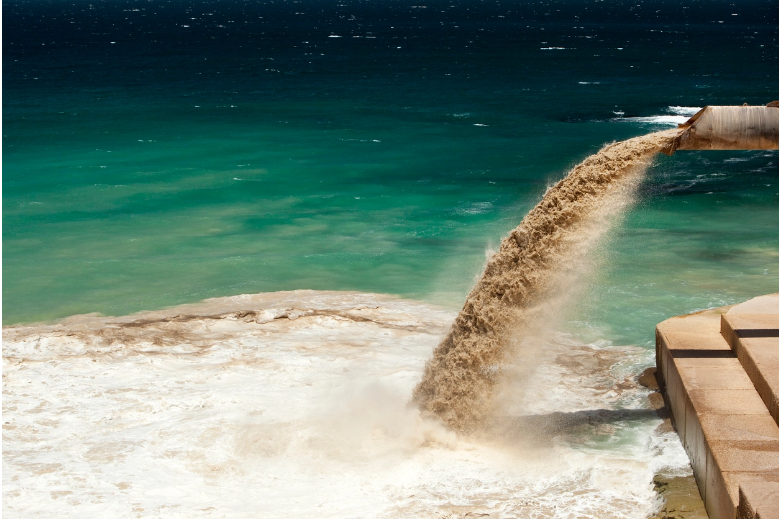 Pollution warnings were issued for nearly 40 beaches in England and Wales on Wednesday (17) as water companies discharged untreated sewage into rivers and the sea, media reports said.

Downpour on Tuesday and Wednesday led to mass sewage dumps into the sea around the south coast of England. The Environment Agency warned people not to swim at 17 bathing water sites in the south-west of England, while the charity Surfers Against Sewage highlighted sewage spills or pollution at 37 sites in total across the south coast, The Telegraph reported.

These kinds of discharges, which are legal, happen mostly after heavy rain when there is a risk that pipes that carry storm-water, along with sewage, may overflow. Reports said that there were almost 400,000 such events in 2020 and 2021.

“I think it’s a disgrace. You’ve got children swimming. And you know, you can’t tell your kids to not drink the water. So you’ve literally got children drinking sewage, which is the kind of thing you might expect in parts of Africa or India, but, you know, Western Europe,” landowner Johnny Palmer told the BBC.

“Rivers are a central part of our landscape and our ecology and our natural environment. They are a resource that everyone can and should use – and does use.”

Southern Water is one of the water companies responsible for those regions, along with Wessex Water and South West Water.

“There were thunderstorms accompanied by heavy rain the night before last and (Tuesday). Storm releases were made to protect homes, schools and businesses from flooding. The release is 95-97 per cent rainwater and so should not be described as raw sewage,” Southern Water said in a statement.

Hugo Tagholm, chief executive of Surfers Against Sewage, has alleged that our rivers and beaches are once again being treated as open sewers.

“Yesterday saw beaches across the south coast and Cornwall posing real health risks to swimmers and surfers due to dozens of sewage discharges at some of the country’s favourite beaches,” he was quoted as saying by The Telegraph.

“This is becoming all too familiar standard practice from water companies when it rains, a little or a lot. Last year, we tracked almost 3,500 sewage pollution at beaches, including some flying the Blue Flag.”

The government has said it intends to produce a plan by September this year to reduce storm overflows. This was made a legal requirement by the Environment Act 2021.

The Met Office has issued an amber alert for thunderstorms on Wednesday covering a swathe of England from Chichester to Ipswich, including London and all of Kent.