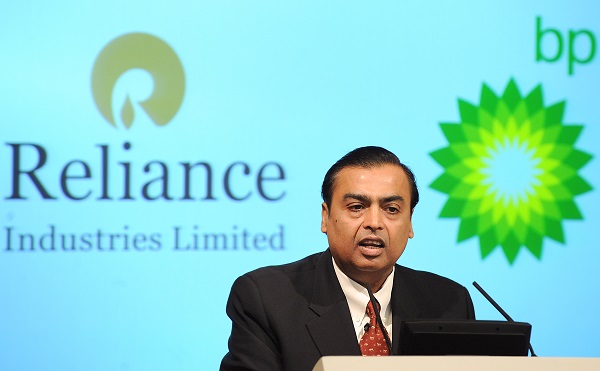 The conglomerate, which is owned by Asia’s richest man Mukesh Ambani, reported a net profit of Rs 162.03bn (£1.7bn) between January and March, 22.5 per cent higher than the same period last year.

Revenues from operations increased 36.8 per cent year-on-year to £22.3bn, aided by both its legacy energy business and newer ventures such as retail.

“Despite the ongoing challenges of the pandemic and heightened geopolitical uncertainties, Reliance has delivered a robust performance,” chairman and managing director Ambani said in a statement.

“Our O2C (oil-to-chemical) business has proven its resilience and has demonstrated strong recovery despite volatility in the energy markets,” the billionaire added.

Revenues from Reliance’s oil refinery and petrochemicals business — which accounts for more than half of total income — benefited from higher crude oil prices, rising 44.2 per cent year-on-year to £15.4bn.

Net profit from telecoms arm Reliance Jio rose 22.9 per cent to Rs 43.13bn (£4.54m), boosted by tariff hikes undertaken in December 2021, even as its customer base shrunk by 10.9 million subscribers in the quarter.

Revenues from Reliance’s retail business hit a fresh all-time high of Rs 580.17bn (£6.1bn), helped by an early summer and strong demand for clothing and groceries.

Reliance’s multi-billion-dollar fortune has been powered by oil and petrochemicals businesses, but the company has diversified into new areas including telecoms and retail in recent years.

The company’s shares closed 0.74 per cent lower in Mumbai ahead of the earnings announcement on Friday (6).