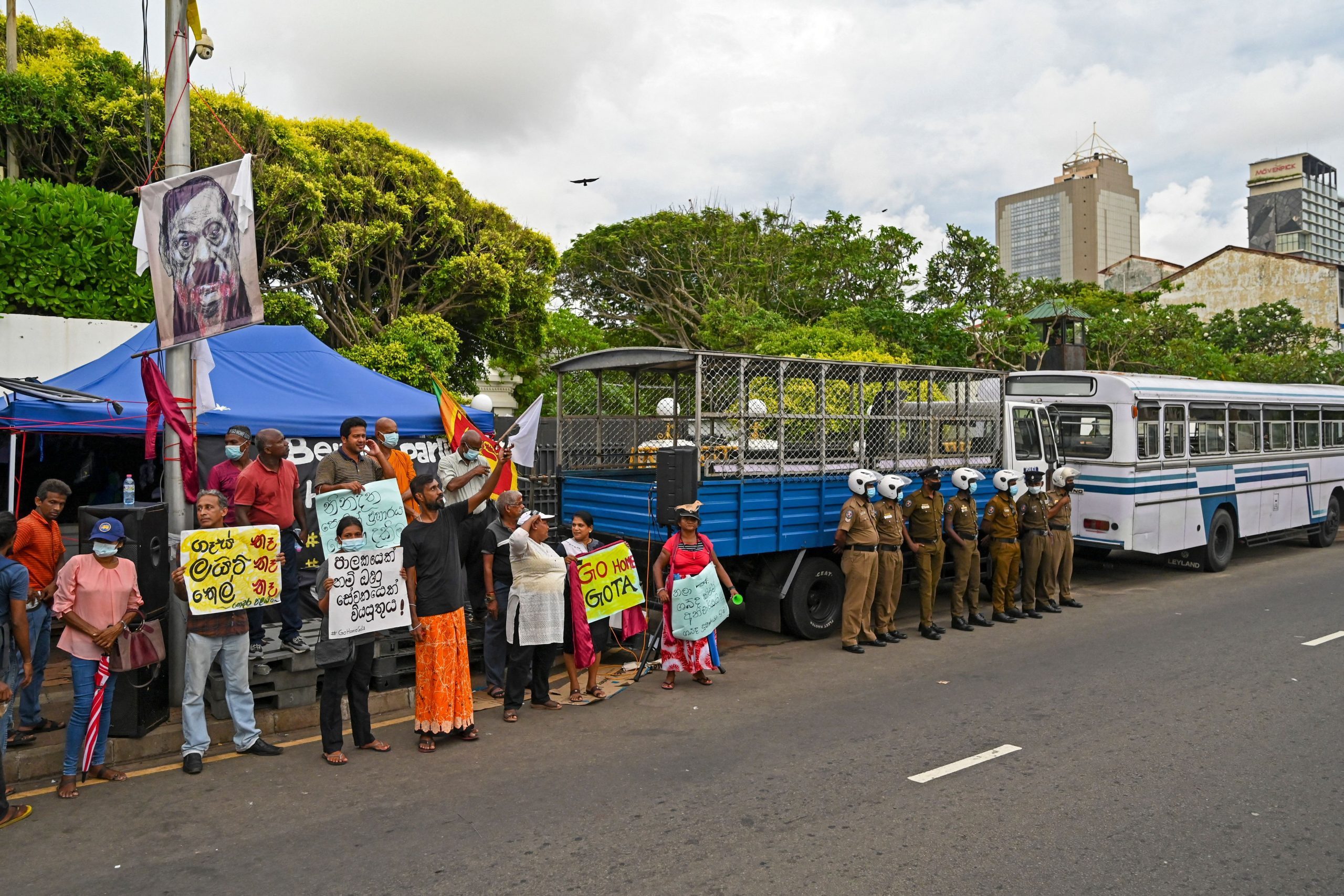 A top Sri Lankan police officer was arrested Wednesday after ordering his subordinates to fire on anti-government protesters, in clashes that left one man dead and nearly 30 others wounded.

Last week’s demonstration in the town of Rambukkana was one of many around the country protesting a rise in fuel prices in the island nation, which is suffering through a crippling economic crisis.

Police used tear gas and live rounds to disperse the crowd, which had blockaded a busy highway and railway line linking the capital Colombo with the central city of Kandy.

Senior Superintendent K.B. Keerthiratne was taken into custody on a murder warrant over the incident, during which a 42-year-old father of two was shot dead.

“The magistrate held that the officer was responsible for giving illegal orders to fire live ammunition,” a court official told AFP.

“Four constables who fired at the crowd are also being arrested.”

Police had initially maintained that the crowd attempted to torch a fuel tanker and officers fired to prevent a bigger calamity.

But the presiding magistrate ruled that evidence presented to the court showed the shooting took place after the demonstration had been brought under control.

Sri Lanka has seen weeks of protests over rising living costs and acute shortages of food, fuel and other essentials.

Crowds have demanded the resignation of President Gotabaya Rajapaksa over mismanagement of the economic crisis, the country’s worst since independence from Britain in 1948.

The painful downturn took hold after the coronavirus pandemic walloped vital revenue from tourism and remittances.

The government has defaulted on its $51 billion external debt and opened talks with the International Monetary Fund for an emergency bailout.

Utilities unable to pay for fuel imports have imposed lengthy daily blackouts to ration power, while long lines snake around service stations as people queue for diesel, petrol and kerosene.

Hospitals are short of vital medicines and the government has appealed to citizens abroad for donations.

Trade unions have announced they will stage a one-day strike on Thursday to protest runaway inflation.