Sharapova And Muguruza Move Out Of Wimbledon 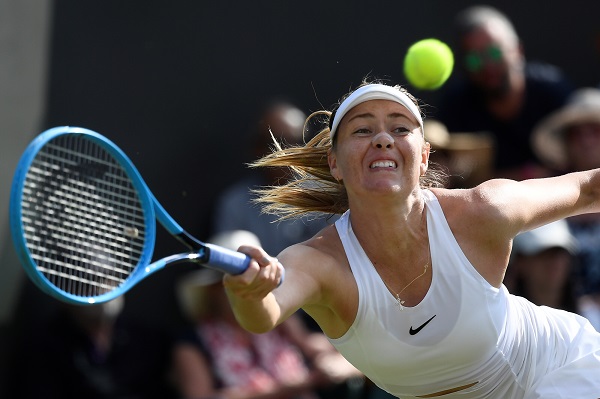 FORMER champions Maria Sharapova and Garbine Muguruza crashed out of Wimbledon in quick succession on Tuesday (2) as big-name casualties continued to pile up, but twice winner Petra Kvitova made sure she did not join them.

Russian Sharapova, who ignited her money-spinning career by winning the title in 2004, was trailing 4-6 7-6(4) 5-0 to Pauline Parmentier of France when she retired injured.

The 32-year-old former world number one, now ranked 80, only returned from a right shoulder injury last month, although the problem this time was with her arm.

“I’ve had a history of a tendon problem in my left forearm and it flared up in the first set,” she told reporters.

“This is not easy. I got myself into a good enough place to be part of this event and this is not what I wanted.”

It was her second successive first-round exit at Wimbledon.

The 26th seed looked a shadow of the powerful player who beat Venus Williams to claim the title as she was outplayed by her 121st-ranked opponent.

Defeat continued a barren spell for the 25-year-old who has not been past the fourth round in any of the last five Grand Slam tournaments.

Czech Kvitova has not played since May because of an arm injury but proved more reliable, easing into the second round with a 6-4 6-2 defeat of Tunisian Ons Jabeur, Africa’s sole representative in the women’s draw.

Sixth seed Kvitova, who won the title in 2011 and 2014, will play France’s Kristina Mladenovic in the second round.

“Every day it’s sore and tired on those muscles which I have there. The good thing is that there’s no pain in the spot where I had a tear,” Kvitova said of her fitness.

“Definitely I will be sore tomorrow.”

Of the six former champions in the draw only three remain after five-time winner Venus Williams was sensationally sent packing by 15-year-old Cori Gauff on Monday (1).