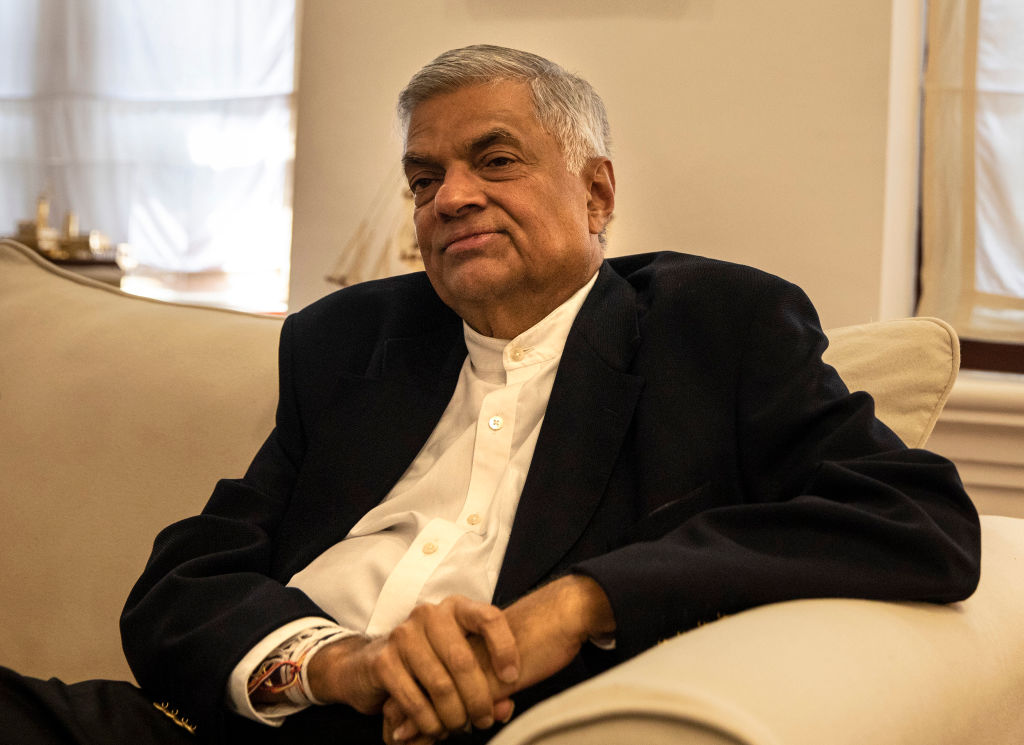 An all-party meeting was held here to discuss the 13th Amendment to Sri Lanka’s Constitution as mooted by India to resolve the long-standing demand for political autonomy for the minority Tamils in the island nation, political leaders said on Wednesday.

The Tamil parties which participated in the meeting on Tuesday urged the government to hold the northern provincial council election.

“The 13A is already a part of the Constitution and it is a point that most parties agreed to,” Tamil Progressive Alliance leader Mano Ganesan told PTI.

India has been pressing Sri Lanka to implement the 13th Amendment which was brought in after the Indo-Sri Lankan agreement of 1987. The 13A provides for the devolution of power to the Tamil community.

Ganesan said President Wickremesinghe, main opposition leader Sajith Premadasa and former president Mahinda Rajapaksa were all in agreement with implementing the 13A.

He urged the government to hold provincial council elections in the northern and eastern provinces so as to give people an idea of self-governance with the full implementation of 13A.

C V Wigneswaran, the former chief minister of the Northern province, said ensuring the councils have already defined powers which have been denied to the provinces was discussed in the all-party meeting.

“We raised the issue of land grabbing by the state. They are taking over lands under government departments. This must stop and the land rights must be given to the provincial councils,” Wigneswaran told PTI.

He said other issues concerning the Tamil minority and the release of political prisoners held under the draconian Prevention of Terrorism Act (PTA) were also discussed.

President Wickremesinghe had called Tuesday’s All Party Conference in a bid to arrive at a consensus on the Tamil minority’s demand for political autonomy.

Wickremesinghe had said he was keen to announce a settlement of the issue by February 4 of next year, coinciding with Sri Lanka’s 75th anniversary of Independence.

“We have very little time so we can’t afford to go back and start all over again,” Ganesan stressed.

There are no immediate comments from pro-Sinhala majority nationalist parties on Tuesday’s talks. All Sinhala parties were present in the meeting, Ganesan said, adding that only Janatha Vimukthi Peramuna (JVP), the third largest majority community party, abstained from the parleys.

Sinhalese, mostly Buddhist, make up nearly 75 per cent of Sri Lanka’s 22 million population while Tamils are 15 per cent.

Sri Lanka had had a long history of failed negotiations to end the Tamil claim of discrimination by allowing some form of political autonomy.

An Indian effort in 1987 which created the system of a joint provincial council for the Tamil-dominated north and east faltered as the Tamils claimed it fell short of full autonomy.

Wickremesinghe himself tried an aborted constitutional effort between 2015-19 which too came to be scuttled by the hardline majority politicians.

The Tamils put forward their demand for autonomy since gaining independence from Britain in 1948 which from the mid-70s turned into a bloody armed conflict.

Velupillai Prabakaran led a three-decade-long bloody separatist campaign under the banner of the Liberation Tigers of Tamil Eelam (LTTE) to establish a separate Tamil homeland in the Northern and Eastern provinces of the island nation.