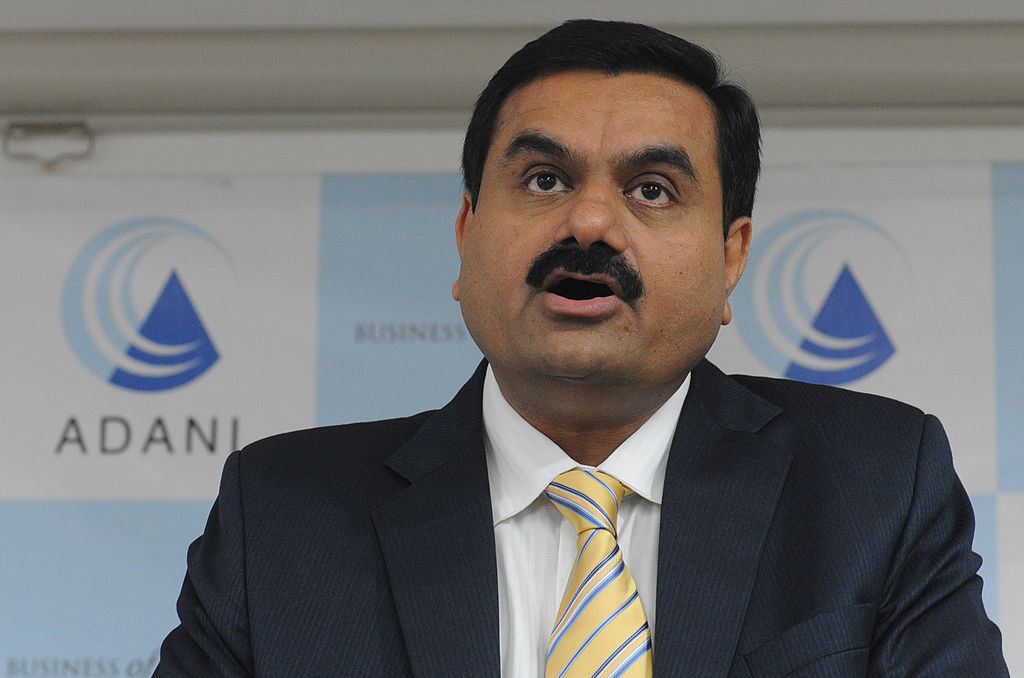 Gautam Adani, Chairman of the Adani Group speaks during a press conference in Ahmedabad on December 23, 2010. Adani Power Limited successfully synchronized India’s first supercritical unit of 660 Megawatt at Mundra in Kutch district of Gujarat on December 22, 2010. The unit is the world’s first Supercritical technology based project, which operate at higher temperatures and pressures and are 25 percent more efficient then conventional sub-critical power plants. AFP PHOTO / Sam PANTHAKY (Photo credit should read SAM PANTHAKY/AFP via Getty Images)

THE social media in Sri Lanka is abuzz with plans to hold a “massive protest” against Indian industrialist Gautam Adani’s group over allegations that an energy project in the island-nation was awarded to it after Indian prime minister Narendra Modi put pressure on Gotabaya Rajapaksa, the president of Sri Lanka.

Posters seeking protest asked people to assemble “in front of Majestic City”, a location in Colombo at 2 pm local time on Thursday (16).

The controversy erupted after MMC Ferdinando, the former chairman of Sri Lanka’s Ceylon Electricity Board (CEB) told a parliamentary panel of the country that Rajapaksa told him about Modi putting pressure on him to award the green energy project to the Adani Group.

Sri Lanka ‘whistleblower, who said Rajapaksa told him about Modi pressuring him, quits

Rajapaksa strongly denied the claim and Ferdinando retracted his statement. He later quit.

India’s NDTV news channel accessed a letter exclusively which says that the official, while asking Lanka’s finance ministry to fast-track approvals to the 50-megawatt renewable energy project located in the Mannar district, also cited “directions by the (Lankan) prime minister” to recognise the proposal on Adani as one from New Delhi to Colombo.

The Adani Group said it was “disappointed” by the controversy.

“Our intent in investing in Sri Lanka is to address the needs of a valued neighbour. As a responsible corporate, we see this as a necessary part of the partnership that our two nations have always shared. We are clearly disappointed by the detraction that seems to have come about. The fact is that the issue has already been addressed by and within the Sri Lankan Government,” the group said.