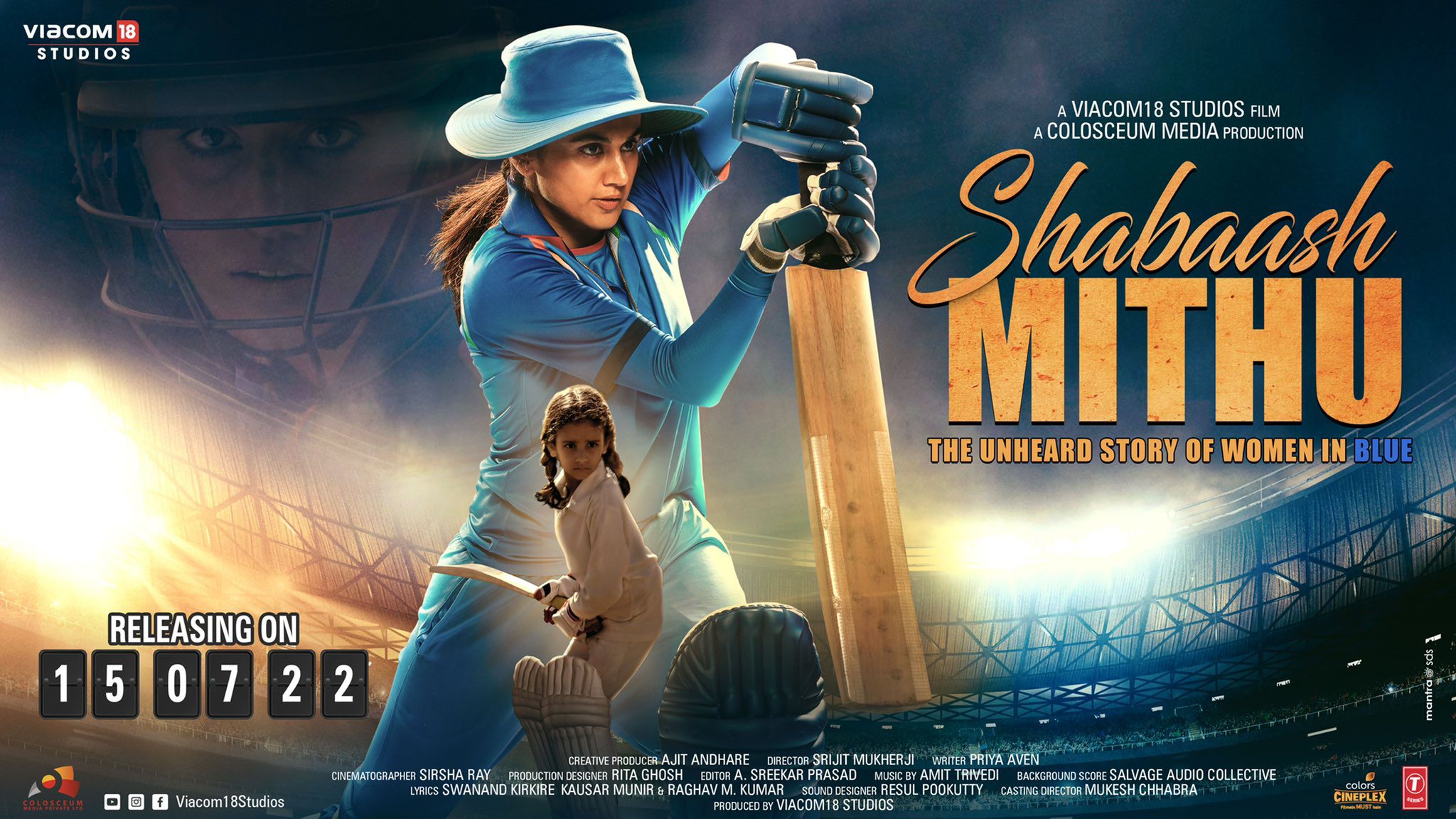 Taapsee Pannu, who was most recently seen in the Telugu-language comedy thriller film Mishan Impossible (2022), on Friday announced the release date of her upcoming Bollywood film Shabaash Mithu.

Bankrolled by Viacom18 Studios, Shabaash Mithu is directed by Srijit Mukherji. The upcoming sports drama is based on the life of iconic cricketer, Mithali Dorai Raj and how she played an important role in growing the popularity of Indian women’s cricket and in the process, inspired so many young girls to pick up the bat and the ball.

Pannu, who plays Raj in the film, took to social media to announce the release date of the film. “There is nothing more powerful than a girl with a dream and a plan to realise it! This is a story of one such girl who chased her dream with a bat in this “Gentleman’s Game”. #ShabaashMithu The Unheard Story Of Women In Blue will be in cinemas on 15th July 2022,” she wrote.

Taapsee trained with former Indian team bowler and teammate of Mithali, Nooshin Al-Khadeer for the role. The actress has been a part of several sports-based films in the past. She played a hockey player in Soorma (2018) and a sprinter in Rashmi Rocket (2021). Shabaash Mithu will be her first film where she plays a cricketer.

Shabaash Mithu is poised for its theatrical release on July 15, 2022.