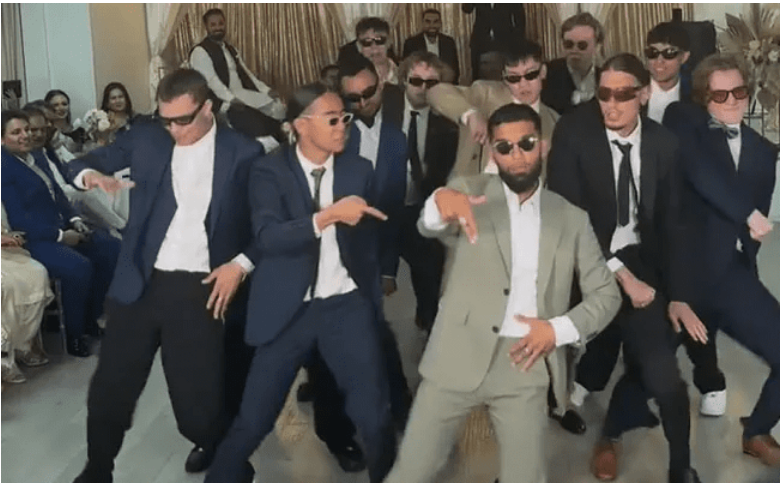 A Norwegian dance crew has become an overnight sensation after the group grooved to a Bollywood song, the video of which has now gone viral on Instagram.

In the video, a group of dancers from a troupe named ‘Quick Style’ are seen dancing on ‘Kala Chashma’.

The group put up a power-packed performance and dedicated it to one of their members who was getting married.

The video has taken over the internet and has people raving about how beautifully it has been choreographed.

Indian netizens are in awe of the video and can’t help but drop compliments in the comment section.

A fan wrote, “If this doesn’t happen in my wedding then l ain’t going to proceed further….”

Another one wrote, “Wowow they actually felt the song…it’s insanely dope”.

The reel shared by Yasin Tatby, one of the dancers, has already garnered over 8.5 million views on Instagram in just five days and is still trending.

Soon, the group uploaded the same video on the official Instagram page of the dance company.

They captioned it “When Katrina Kaif doesn’t show up to your brother’s wedding, u gotta do it yourself.”

Bollywood actress Shilpa Shetty, who featured in the original song, also commented on the post and said, “Omg! You guys are slaying it. Really stole my heart.”