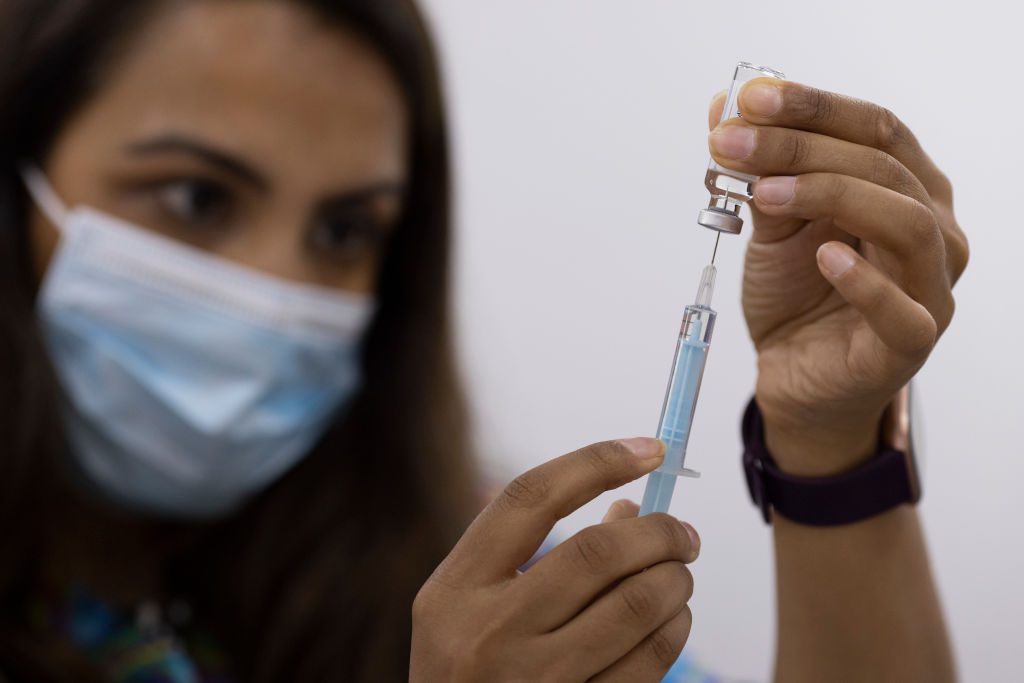 AN East London solicitor died from a rare blood clot weeks after taking the AstraZeneca Covid vaccine, an inquest heard this week.

Oli Akram Hoque, 26, from Ilford, received a dose of the vaccine on March 19 last year before suffering increasingly ‘excruciating’ headaches, reported the MailOnline.

After a seizure, a scan showed he suffered a rare blood clot from vaccine. Later, his condition deteriorated and died in hospital in Romford on April 15, one month before his birthday, the report added.

Hoque’s father described him as “bright, intelligent, and ambitious”, in a written statement to East London Coroners’ Court. He also recalled his son’s impressive CV which included work at Arsenal FC and the Citizens Advice Bureau.

The young solicitor and his father had gone to the Urgent Treatment Centre located at the Royal London Hospital ten days before his death on April 5. Hoque senior alleged that his son was discharged without proper diagnosis or investigation with an injection to stop him being sick.

He added that though his son requested a scan to be carried out, his request was declined.

Later he had a seizure and was taken to Queen’s Hospital where a CT scan identified a blood clot, he was then put on blood thinners. However, he later died in hospital.

Britain’s medical regulator recommended under-30s should get an alternative to the AstraZeneca vaccine in early April when it became clear that younger people were at greater risk of the clots.

According to MailOnline, a total of 79 Britons have died with blood clots thought to have been caused by the AstraZeneca vaccine after being vaccinated with it — out of around 50million doses.

The vaccine can set off a chain reaction which leads to the body confusing its own blood platelets for fragments of virus. The body then mistakes these platelets as a threat and produces antibodies to fight them.

The combination of the platelets and the antibodies clumping together leads to the formation of dangerous blood clots.

“I was devastated by the news. I am unable to come to terms with the fact my son Oli is no longer with us. He was only 26-years-old and had his whole life ahead of him. He is dearly missed by everyone. I hope all the underlying factors will be taken into consideration. I sincerely hope every possible measure will be taken by the authorities to make sure this does not happen to anybody else in the future,” his father was quoted as saying by the media outlet.

The solicitor’s sister Anika Hoque, who accompanied him to to the Royal London Hospital on April 5, told the court: “I suggested the doctor carry out a head scan but he insisted this would not be necessary and gave him some co-codamol. I trusted the doctor to know best, I trusted him in that moment.”

Describing the doctor’s tone as ‘condescending’, she added: ‘At the very least he seemed to be in a rush to discharge us.’

“It brings tears and I get overwhelmed with emotions when I remember we were on our way to leave the hospital and Oli stopped and looked very confused, he did not want to leave without a proper diagnosis,” she was quoted as saying by MailOnline.

She told the court they then went back into the doctors room and Oli was offered an injection for his sickness.

“The doctor said everything is fine and gave him the injection, he said it takes about 15 minutes to kick in then he should be fine. The condition could have been diagnosed if it was given due attention. Young people of his age deserve better. I will not get my brother back. My parents have not recovered from the shock,” she added.

The first inquest into a death linked to the AstraZeneca jab was concluded in September last year.

Mother-of-two Alpa Tailor, 35, from London, suffered a stroke a week after getting the jab with symptoms including slurred speech and a facial droop. She died two weeks later.

In another case mother-of-two Michelle Barlow, from Wigan, died from blood clots 16 days after getting her first dose of the vaccine. Doctors initially mis-diagnosed her symptoms as gastroenteritis.