1st ODI: Zimbabwe no match for second-string India as KL Rahul’s side wins by 10 wickets 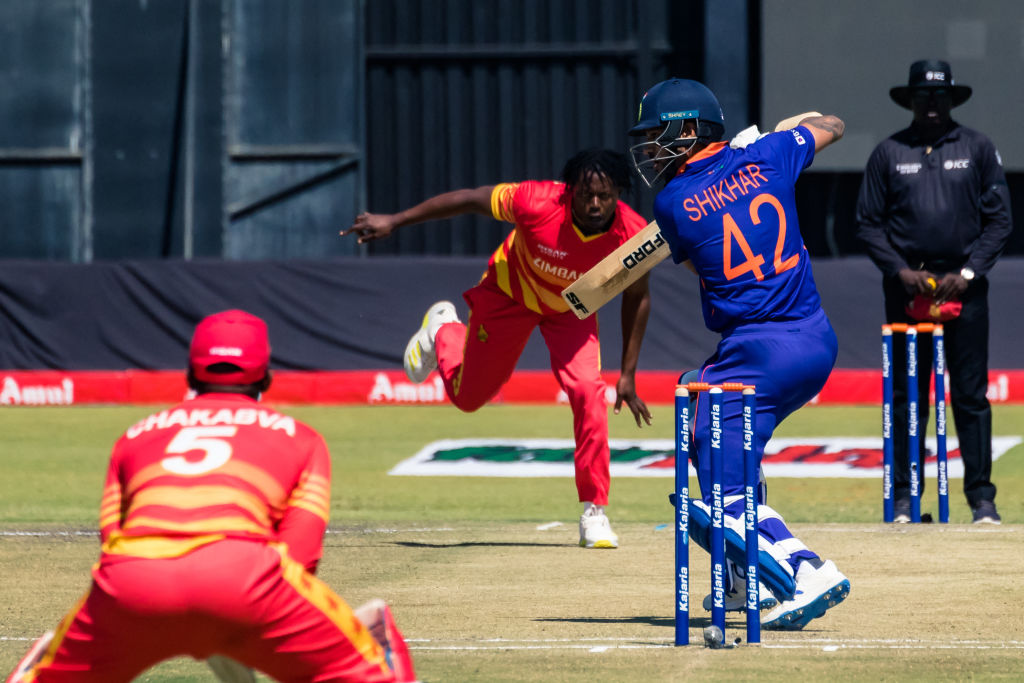 India’s Shikhar Dhawan plays a shot during the first one-day international (ODI) cricket match against Zimbabwe at the Harare Sports Club in Harare on August 18, 2022. (Photo by JEKESAI NJIKIZANA/AFP via Getty Images)

In a lopsided affair, India thrashed Zimbabwe by 10 wickets in the first match of the three-match one-day international (ODI) series in Harare on Thursday (18) to go 1-0 up.

Chasing a moderate target of 190 in 50 overs after bowling out the hosts for 189 after asking them to bat first, India had no problems whatsoever as their opening duo of Shubman Gill (82 not out off 72 balls) and Shikhar Dhawan (81 not out off 113) knocked off the runs with almost 20 overs to spare. India are captained by KL Rahul, who made a comeback to international cricket in this series after an injury.

Earlier, spinner Axar Patel and pacers Deepak Chahar and Prasidh Krishna took three wickets each to restrict Zimbabwe, who recently defeated Bangladesh in a ODI series, to 189 in 40.3 overs.

For the Zimbabweans, captain and wicket-keeper-batter Regis Chakabva was the top scorer with 35 runs off 51 balls. They were reduced to 110 for 8 before tail-enders Brad Evans (33 off 29) and Richard Ngarava (34 off 42) added 70 runs to reach their side to a respectable total.

However, it proved to be far too little for a strong Indian batting line-up.

Chahar was adjudged the player of the match.

The second ODI will be played at the same venue on Saturday (20).