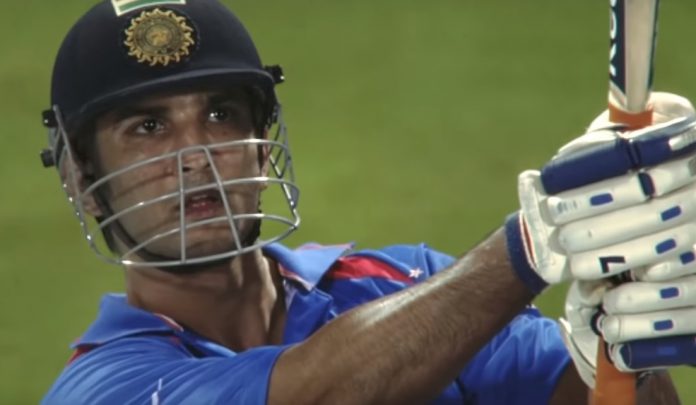 WE won’t be wrong if we say that cricket is the most loved sport in India. Whenever there’s a match where India is playing everyone is glued to the TV screens. Bollywood filmmakers have explored cricket on the big screen a lot by offering different stories revolving around the sport.

So, today let’s look at the list of Hindi films that were based on cricket…

Lagaan
When we talk about movies based on cricket in Bollywood, the first one in the list has to be Aamir Khan starrer Lagaan. The fictional story about a match between villagers of India and the Britishers was loved by everyone. The movie was India’s official entry at the Oscars and was also nominated in the category of Best Foreign Language Film.

Iqbal
Nagesh Kukunoor’s directorial Iqbal which marked Shreyas Talpade’s debut in Bollywood was an inspiring film. The movie was about a deaf and mute guy who dreams to play for the Indian cricket team. Kukunoor narrated the story beautifully and Talpade acted very well in it. If you are a fan of cricket then you should watch Iqbal at least once.

Patiala House
Akshay Kumar starrer Patiala House told the story of a man from London who wants to play cricket. But as he is from the UK, he can’t play for India and his father is not allowing him to play for England. The movie showcases Akshay’s character’s passion for cricket and how his family helps him to fulfill his dream.

Dil Bole Hadippa
Why should boys have all the fun? Most of the movies based on cricket have male protagonist, but 2009 release Dil Bole Hadippa was different. The lead character was a girl who was so passionate about cricket that she decides to play the sport by cross-dressing as a guy. Though the film didn’t do well at the box office, Rani Mukerji’s performance was appreciated a lot.

Azhar
Azhar starring Emraan Hashmi was a biopic on former cricketer Mohammad Azharuddin. It showcased the highs and lows of the cricketer and when the movie released it received mixed reviews. A lot of people claimed that the film was just an image-washing for Azharuddin.