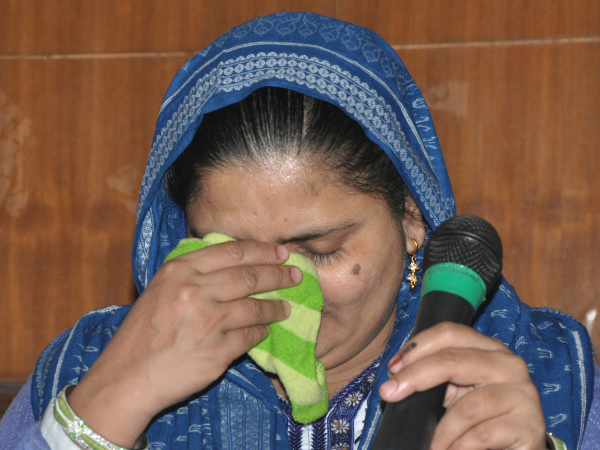 Bilkis Bano on Wednesday (30) moved the Supreme Court of India challenging the premature release of 11 men convicted of gang-raping her and killing several members of her family, including three-year-old daughter, during the riots in the western state of Gujarat in 2002.

The convicts were sentenced to life by a special Central Bureau of Investigation court in Mumbai in the western state of Maharashtra in 2008 and it was confirmed by the Bombay High Court later.

However, they were freed on India’s Independence Day (August 15) this year by the state government of Gujarat and the move sparked a nationwide outrage, which was fuelled by images of the convicts being garlanded and welcomed like heroes by a Hindu right-wing organisation.

The government of Gujarat, which is under the rule of prime minister Narendra Modi’s Bharatiya Janata Party, cited an approval by the central government and the convicts’ “good behaviour” as ground for the decision.

The state also cited a ruling by the apex court, which on the petition of one of the convicts, had said that the Gujarat government could consider releasing him under the remission policy of 1992, NDTV reported.

Gujarat ended up freeing all 11, despite strong objections from the CBI and a special judge.

The step would not have been possible had the state government gone by a much stricter remission policy of 2014 which disallows release of rape and murder convicts.

Bano, who had expressed shock over the release, said in her petition that the decision on releasing the convicts should be taken by Maharashtra, where the trial took place, instead of Gujarat.

The petition by Bano, who was 21 and five-months pregnant at time of the crime against her, comes a day before Gujarat goes to the first of its two-phase elections.