Adani’s Mine Is A Flashpoint For Australian Election 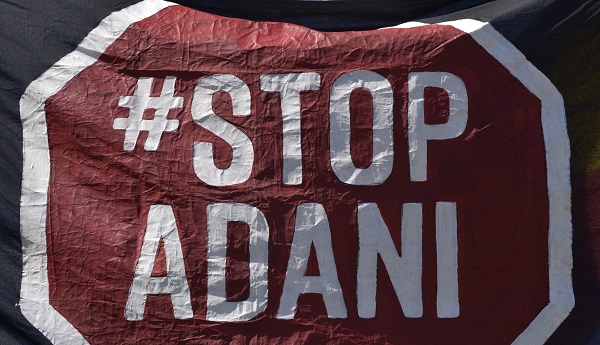 The mine has become a lightning rod for voters ahead of next month’s general election, dividing the country as well as Australia’s major political parties – the conservative Liberal-National coalition government and the opposition Labor Party (Photo: Michael Masters/Getty Images).

ON the main shopping street in the tropical north Australian city of Townsville, dotted with “For Lease” signs, Chrissa Alexion is adamant a planned $4 billion (£3.06bn) coal mine should be shelved because of its contribution to climate change.

“It’s madness,” she said, on holiday from the Queensland state capital. “Jobs are really important but… where I come from in Brisbane, no one wants the mine to go ahead.”

Some 380 km (235 miles) into the remote Outback, Ben Houlihan, who runs the pub in Einasleigh (population 37), is in favour of the Carmichael mine in the undeveloped Galilee basin, proposed by India’s Adani Enterprises.

“We need the jobs and the royalties… They’re playing a political game with people’s livelihoods,” he said.

The mine has become a lightning rod for voters ahead of next month’s general election, dividing the country as well as Australia’s major political parties – the conservative Liberal-National coalition government and the opposition Labor Party.

Both Labour and the Coalition constituents on either side of the issue of climate change, which has rocketed up the agenda after a summer of debilitating drought, devastating bushfires and a once-in-a-hundred year flood.

While opinion polls point to a victory for Labor, the acrimonious debate over coal and climate has driven some voters towards a growing number of independent candidates.

“I think this is going to be a tight race,” said Michael McMillan, strategy director for Townsville Enterprise Ltd, a group promoting investment in the biggest town in north Queensland.

“I think what we’ve seen play out in relation to the Adani mine will have an influence through the election process. Every job counts. When you have potential parties opposed to mining, that will be considered come polling day.”

Queensland is set to be a major battleground in the election, with nearly half its seats on a knife’s edge. Labor won Townsville’s seat at the last election by just 37 votes.

Unemployment in the city, a stepping off point for the Great Barrier Reef, is at 10 per cent and youth unemployment is running at more than 20 per cent.

“We’re beginning to join the dots between activity like mining and burning coal and the impacts on climate,” said Peter Jones, a social work lecturer leading a Stop Adani campaign in Townsville, which was ravaged by floods in February.

“Jobs shouldn’t be coming at the expense of the environment.”

Far to the south, in the cities of Sydney and Melbourne, the ruling conservative Coalition is under fire for failing to do enough to curb carbon emissions.

Prime minister Scott Morrison famously brandished a lump of coal, Australia’s second largest export earner, in parliament when he was treasurer, taunting the opposition over its renewable energy push.

The Liberals last year lost the long-held seat of former prime minister Malcolm Turnbull to an independent who campaigned strongly on climate policies.

Another ex-prime minister, Tony Abbott, also faces an independent looking to oust him from a seat he has held for 25 years, while Treasurer Josh Frydenberg is battling not one but two independents, both pushing for urgent climate action.

Labor, the traditional workers’ party, has its own issues.

It is being torn between its allegiance to the mining union and losing votes to the Greens.

“Tell me what my workers are going to do that pays the same wages and conditions and offers for their family?,” trade union spokesman Stephen Smyth, a third generation coal miner, of the Construction, Forestry, Martime, Mining and Energy Union (CFMEU) said.

The Carmichael mine, led by Indian billionaire Gautam Adani, has been on the drawing board for nearly a decade, delayed by a long string of legal action from green groups and now held up by regulations under the federal Coalition government and state Labor government.

“We just need the state government to stop shifting the goal posts and get behind us,” Adani Mining chief executive Lucas Dow said.

“What we are focused on is jobs for people here and in central Queensland. We are tremendously excited and our resolve has hardened if anything,” he said.

But the longer the delay, the more difficult the task for Adani. Worried about a backlash from customers and investors, all of Australia’s major banks have declined to fund the project, which has been whittled down to a sixth of its original size.

Both Labor and the Coalition have said the mine needs to stack up on its economic merits and have declined to offer government support.

Last month, one of Australia’s top insurers said it would not back any new thermal coal mines, and a judge ruled another coal mine could not go ahead, partly due to emissions targets under the Paris climate agreement.

Meanwhile, Australian coal prices have slumped to $70 (£53.48) from $120 (£91.67) a tonne over the past seven months, raising further questions about whether the project can turn a profit.

The lack of support from the capital could trigger a protest vote by those who feel Canberra’s decisions do not take their needs into account, said McMillan of Townsville Enterprise.

“We are seeing ourselves again in a two-speed economy. It’s Melbourne and Sydney, and the rest of Australia. And I think you’re going to see that come into play in this next general election.”