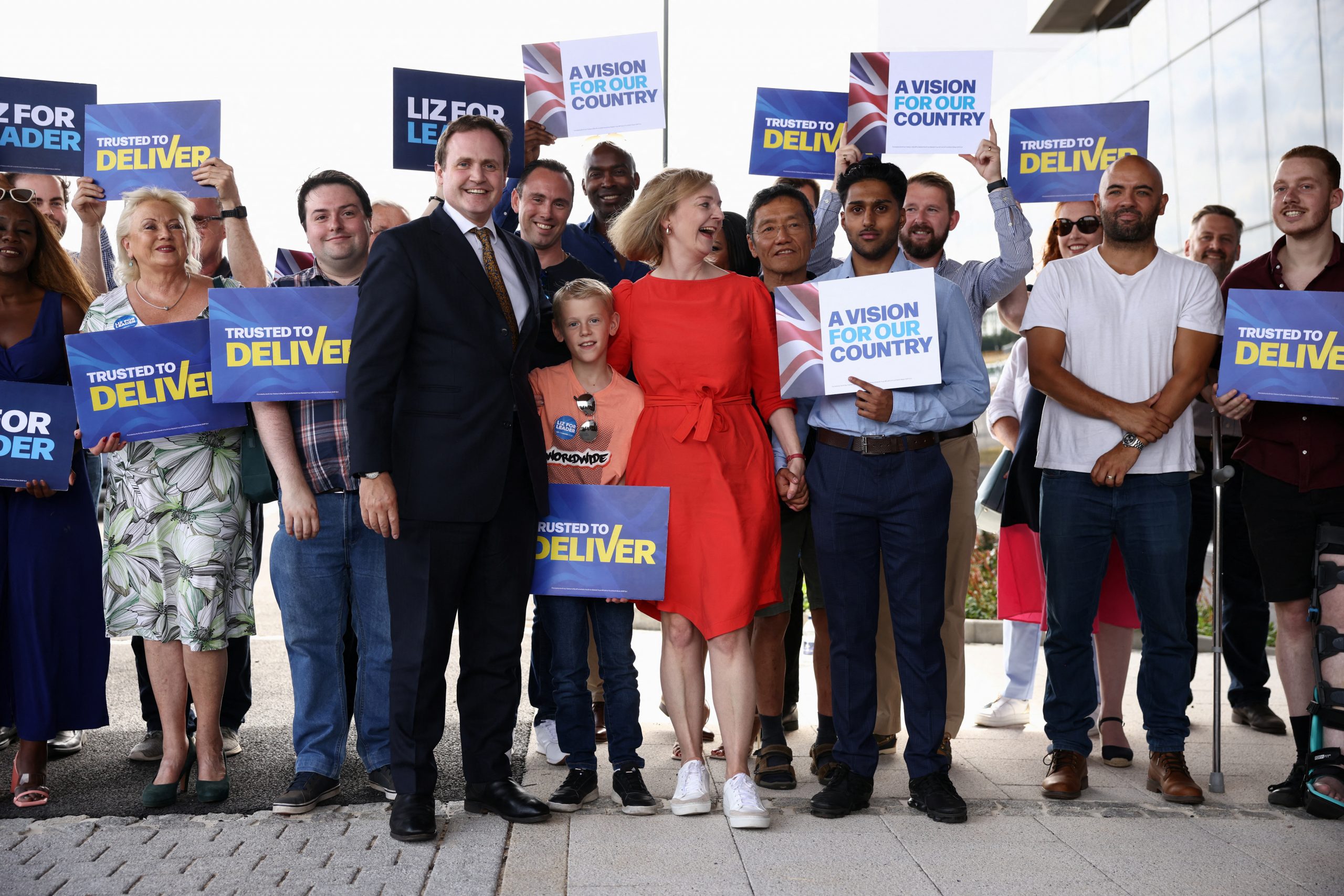 LIZ TRUSS has all the momentum in the race to be the next British prime minister.

In theory, Rishi Sunak has five weeks and 10 more candidate debates before voting closes. In practice, this fortnight is crucial. Ballot papers drop through letterboxes from this week. Half of members may send them straight back.

The system allows for second thoughts – a later online vote can overturn a postal ballot – but that may be rare. So the candidates are seeking to meet as many members as possible early in the campaign.

The main evidence that it is advantage Truss comes from a few polls of Conservative members. Accurate membership polling has methodological challenges, though the 2019 surveys were close to the result, with a mild skew to Boris Johnson over Jeremy Hunt. Those polls shift the campaign narrative by influencing what MPs and the media do and say. The defence secretary Ben Wallace and former candidate Tom Tugendhat have both endorsed Truss.

Major figures who lean more towards Sunak have stayed neutral. The sense of being behind has seen the Sunak campaign wobble over their campaign choices on tax. Sunak could have been bolder in defending his resignation from Johnson’s government – arguing that stabbing him not in the back, but in the front, was leadership. The third of members who wanted Johnson to stay have been more vocal than the majority who thought Johnson’s time was up.

In hindsight, Sunak’s strategic error may have been not acting sooner. He was much more popular than the government – or Truss – six months ago. They now run neck and neck among the wider public, dampening his key claim: greater electability.

Unless Sunak springs a summer surprise, Truss looks the most likely prime minister in September. Her first task – to choose her top team – is more difficult after the Johnson meltdown saw 69 ministers, including six of the cabinet, resign in July. There will be more reshuffle disappointments than usual, given the hopes of ministers old and new, and rising stars too.

Truss will want a close ally as chancellor, willing to challenge Treasury caution. Simon Clarke, currently chief secretary, might win promotion to chancellor, or form a Treasury team under Kwasi Kwarteng, one of whose many books as an author is on the economic battles of 1981 that shaped the Thatcher government.

Would Truss find a role for Sunak? Their policy and personal clashes may suggest not. Yet both have said – on camera – that they would want their rival in their team. If Truss needs to honour the pledge, foreign secretary may be the only role that might be both offered and accepted.

The India media’s fascination with this leadership campaign has booted Sunak’s profile there. There will be disappointment in Delhi if Sunak does not win the contest, but appointing the first British Asian foreign secretary could give Truss an ambassador for Global Britain able to emulate her own energy in the role.

Kemi Badenoch is tipped for culture or education secretary. Tugendhat may join the cabinet too. Penny Mordaunt’s bitter battle with Truss may provide another high-profile headache about who to have in the team. Michael Gove could be asked to return to show that Levelling Up remains the mission of the government – or be asked to bring his reforming instincts to getting a grip on the Home Office.

The leadership candidates have campaigned as if they were in opposition, not government. That reflects the national mood. By 57 per cent to 16, people think the country is on the wrong track. Pessimism about the economy is where it was during the 2008 crisis.

The public will give any new prime minister a chance. Even a brief honeymoon would generate intense speculation about a general election this year. Johnson and Theresa May each called early elections – after six and 12 months respectively – while Gordon Brown damaged his short premiership. Truss is clear she has no intention of holding a snap election. That would give her two years as prime minister to deliver. Truss is often compared to Johnson, because both are optimistic, blond and politically flexible. Yet Truss has a much more serious interest in policy than Johnson ever did – the difference between being a think-tanker, not a journalist, before entering parliament.

Her instincts are to be bold, though Truss’s personal, smaller-state instincts are sometimes in tension with Conservative electoral strategy. The public are more sceptical of tax cuts if they mean less spending too. Truss’s ability to pursue her long-term interests in a reformed and slimmer state would depend on how she could navigate the immediate crises – on energy bills, inflation and the NHS.

Whoever wins the contest, they face perhaps the most daunting inheritance that any modern peacetime prime minister has had.